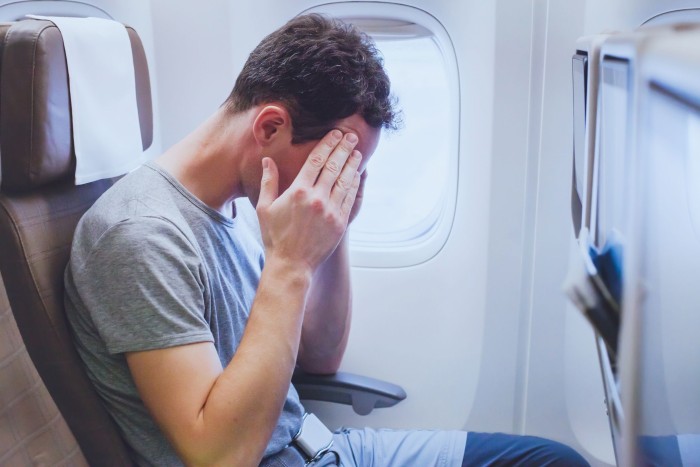 The fear of flying , aerophobia , aerophobia or aviophobia is very common in adults, adolescents and children, many experts say that this fear can ruin a vacation or even make them stop flying forever. If you are one of those people who is afraid of flying, you may think it is inevitable.

Studies by renowned psychologists are in error. To overcome these blockages, the help of specialists should be sought. Many people have managed to overcome their fear of flying through therapies and treatments that have given very positive results.

Questions to be resolved

For some, it is a slight apprehension that turns the nights before a flight into sleepless nights . For others, it is a real fear, which forces them to squeeze their armrests and jump at the slightest turbulence. For some unfortunate people (like me), it turned into a phobia.

Fear of flying is not uncommon, it is estimated that it affects around 30% of the population, to varying degrees. Of these, 20% do not take it at all (14% have never taken it and 6% have already taken it but can no longer take it). These are ” avoidant phobias .” The remaining 10% continue to take it, but reduce their trips as much as possible. These are “confrontational phobias.”

Why am i afraid to fly

You can answer once and for all to those around you that no, it is not by taking a small pill that you will get better. The misconceptions about the fear of flying are legion and unnecessary guilt.

What we need to know is that there are as many different airplane phobias as there are phobias, as explained by psychologist Sophie Thibeaudeau:

In the course she co-leads (fear of flying.fr), the expert in the treatment of phobias explains that there are 6 large families among people who are afraid of flying:

Among the associated phobias, we can find:

It is very important that people handle the following information from experts:

The difference between fear and phobia

Many specialists assure that one word is the synonym of the other, however some psychologists differ from them and do it in the following way:

In addition, people can also experience:

Once this crisis is triggered, it cannot be stopped. We must wait for the body to finish releasing all the adrenaline it had in stock.

Training courses against the fear of flying

To better calm the brain center linked to fear, several therapies can help:

Tips to avoid the fear of flying

Regularly practice abdominal breathing techniques that will help you reduce stress quickly just before or during the flight; The more trained you are, the faster you can reduce your anxiety when faced with difficult situations.