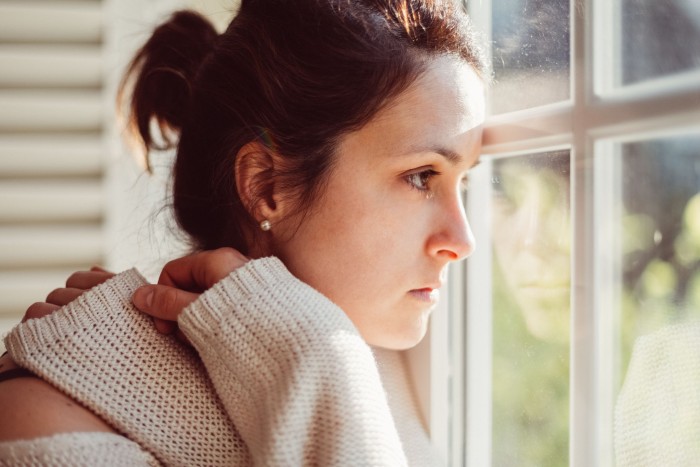 People with agoraphobia often have symptoms of a panic attack, such as a rapid heartbeat and nausea, when they are in a stressful situation, they can also experience these symptoms even before they get into the situation they fear. In some cases, the condition can be so severe that people avoid daily activities, such as going to the bank or the supermarket, and stay indoors for most of the day.

People with agoraphobia often realize that their fear is irrational, but they cannot do anything about it, this can interfere with their personal relationships and performance at work or school.

If you suspect that you have agoraphobia, it is important to get treatment as soon as possible as it can help you manage your symptoms and improve your quality of life, depending on the severity of your condition, treatment may consist of therapy, medications, and lifestyle-style remedies. life.

It is an anxiety disorder characterized by symptoms of anxiety in situations in which the person perceives that the environment is unsafe without an easy way to escape, these situations can include open spaces, public transport, shopping centers or simply being outside the home. Being in these situations can cause a panic attack, the symptoms occur almost every time the situation is encountered and last for more than six months, those affected will do everything possible to avoid these situations. In severe cases, people may become unable to leave their homes.

Agoraphobia is believed to be due to a combination of genetic and environmental factors, the condition often runs in families, and stressful events such as the death of a parent or being attacked can be a trigger. In DSM-5, agoraphobia is classified as a phobia along with specific phobias and social phobia , other conditions that can produce similar symptoms include separation anxiety, post- traumatic stress disorder, and major depressive disorder .

Agoraphobia affects approximately 1.7% of adults, women are affected approximately twice as much as men and often begins in early adulthood and becomes less common in old age, it is rare in children.

It can present as a combination of fears , feelings, and physical symptoms.

A person with agoraphobia will commonly fear:

The main fear is being in a situation where help or escape will not be possible if danger arises.

Physical symptoms can also occur, such as:

In addition to fear, a person with agoraphobia may experience the following feelings:

People with panic attacks may change their behavior and functioning at home, school, or the workplace, may try to avoid situations that could trigger further attacks, become sad or depressed, and may consider suicide. Some may abuse alcohol and other drugs.

A Swiss study recently found that low-grade inflammation levels also appeared to increase over time in people with agoraphobia, suggesting that those with this condition may be at increased risk for atherosclerosis and coronary heart disease.

Doctors are not sure what causes agoraphobia, it can be caused if you have a lot of panic attacks, that’s when you have outbursts of fear that come out of nowhere and last for a few minutes.

Research has discovered a link between agoraphobia and difficulties with spatial orientation, people without agoraphobia can maintain balance by combining information from their system. A disproportionate number of agoraphobics have weak vestibular function and consequently rely more on visual or tactile cues, they can become disoriented when visual cues are scattered (as in open spaces) or overwhelming (as in crowds). Similarly, they can be mistaken for sloping or uneven surfaces.

In a virtual reality study, agoraphobics showed an alteration in the processing of changing audiovisual data compared to subjects without the disease.

There are several factors that increase your risk of developing agoraphobia. These include having:

Agoraphobia is also more common in women than men. It usually begins in adulthood, with 20 years being the average age of onset. However, symptoms of the condition can arise at any age.

How is agoraphobia diagnosed?

It is diagnosed based on symptoms and signs, your doctor will ask about your symptoms including when they started and how often you experience them, they will also ask you questions related to your medical history and family history, they may do blood tests to help to rule out the physical causes of your symptoms.

To be diagnosed with agoraphobia, your symptoms must meet certain criteria listed in the American Psychiatric Association’s Diagnostic and Statistical Manual of Mental Disorders (DSM), which is a manual that healthcare providers often use to diagnose mental health conditions.

You must feel intense fear or anxiety in two of the following situations to be diagnosed with agoraphobia:

There are additional criteria for a diagnosis of panic disorder with agoraphobia, you must have recurring panic attacks, and you must at least have been followed by:

You will not be diagnosed with agoraphobia if your symptoms are caused by another illness, nor can they be caused by substance abuse or another disorder.

How is agoraphobia treated?

There are a number of different treatments, you will most likely need a combination of treatment methods.

The psychotherapy , also known as talk therapy, involves meeting regularly with a therapist or other mental health professional. This gives you the opportunity to talk about your fears and any issues that may be contributing to your fears, often combined with medication for optimal effectiveness. It is usually a short-term treatment that can be discontinued once you can cope with your fears and anxiety. Read more about psychotherapy.

It is the most common form of psychotherapy used to treat people with agoraphobia, it can help you understand distorted feelings and points of view, it can also teach you how to work in stressful situations by replacing distorted thoughts with healthy thoughts, which allows you to regain a sense of control in your life. Complete content on cognitive behavioral therapy.

Help you overcome your fears. In this type of therapy, you are slowly and gently exposed to the situations or places that you fear. This can make your fear lessen over time. More information on exposure therapy. (Required item)

Certain medications can help ease your agoraphobia or panic attack symptoms. These include:

What are the complications?

People with agoraphobia are at a higher risk of developing alcohol or other drug use disorders. Also, it tends to occur more often in people who have a number of different physical conditions, such as irritable bowel syndrome and asthma, if left untreated agoraphobia can worsen to the point where life itself looks seriously affected by the disease and / or by attempts to avoid or hide it. In fact, some people have had problems with loved ones, failed school, and / or lost their jobs while trying to deal with severe agoraphobia or another severe phobia.

Is it possible to prevent agoraphobia?

Lifestyle changes won’t necessarily treat agoraphobia, but they can help reduce everyday anxiety. You may want to try:

During treatment, it is best to avoid taking dietary supplements and herbs. These natural remedies have not been shown to treat anxiety and may interfere with the effectiveness of prescription medications.