The fear of failure is one of the most significant obstacles to personal success, and, indeed, each task, each test, each risk, and each challenge always has the opportunity to fail. But if people suffer from fear of failure, this can become a considerable burden. Those affected are no longer in a position to realize their full potential at the decisive moment, or they resign beforehand for fear of mistakes, criticism, or rejection.

The fear of not meeting (one’s) expectations obscures everything and leads to complete paralysis. This is the beginning of a self-reinforcing vicious cycle. The good news is that the downward spiral can be broken, and the fear of failure can be overcome. The negative: But it won’t be easy.

Nothing else works. The degree to which the fear of failure is pronounced can usually already be seen in the symptoms. These often occur long before the actual task or challenge. It is enough to think of an exam, a presentation, an appointment (and a basket), and a conversation with the boss to trigger an absolute panic. Fear of failure – makes us doubt, hesitate, freeze and look for excuses.

Worried, they then complain about an example about

These physical and mental symptoms can eventually lead to mental blocks (including fainting) and attention and concentration problems. However, self-sabotage is the far more significant consequence: we prevent ourselves from moving forward and remain permanently below our means.

But there is also an opposite reaction to fear of failure, expressed in exaggerated ambitions and actionism. In this case, those affected tend to be perfectionists and try to overcome their (subliminal) fears through the high need for control. Therefore, the consequences are no less harmless: they range from the classic symptoms of stress, through compensation through alcohol and drugs, to exhaustion.

Fear of failure and atychiphobia: Fear of making mistakes The term technophobia means “fear of accidents.” Tycho means “accident,” Phobos “fear,” and the fear of love, fear of diseases, for example.

Causes: How does the phobia of failure arise? 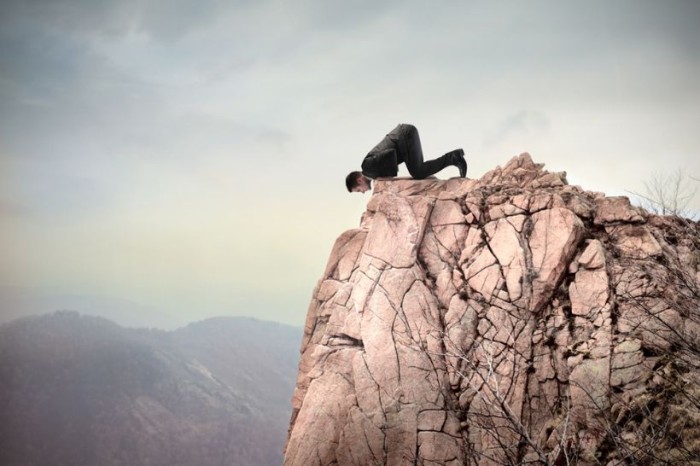 By definition, the fear of failure is the fear of not achieving the desired or expected performance in a given situation. One could also say: that behind this is the concern for uncertainty and the certainty of one’s fallibility.

This immediately leads to another cause: your definition of success.

Quite a few people are your fiercest critics, and you don’t allow yourself any mistakes.

They have exaggerated expectations of themselves – or their environment – and ignore that failure, failure, or failure is usually nothing more than a matter of opinion.

Fear ultimately comes from all of the above sources, which are often – but not constantly – reinforced by shaky self-confidence and a lack of self-worth.

Ultimately, various fears can play a role here. What they have in common, however, is that they are usually not even aware of the people affected by the fear of failure. But this is precisely the first important step in overcoming the fear of failure. We recognize that failure is an essential part of life and learning. And that our fears are often unrealistic or unfounded, especially concerning the possible consequences.

Once the fear of failure has been recognized and accepted as a personal problem and the possible causes identified, the next step to overcome it is to question the motivations and fears:

Will my friends and family think I’m a failure if I don’t achieve specific goals?

Do my setbacks play such a significant role for other people?

Why is the recognition of these people so important to me?

Work against this distortion of perception and sharpen the blurry focus again:

You should also get an external review (from friends) when in doubt.