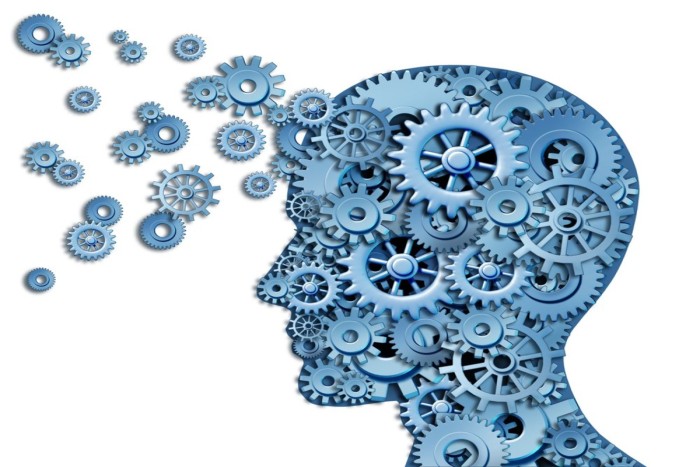 The behavioral psychology (or behaviorism) is a systematic approach to understanding human behavior and animal, assumes that all behaviors are reflections from a response to certain stimuli in the environment, or a consequence of the history of that individual, including especially reinforcement and punishment, along with the individual’s current state of motivation and controlling stimuli. Although behaviorists generally accept the important role of heredity in determining behavior, they focus primarily on environmental factors.

It combines elements of philosophy, methodology and psychological theory. It emerged in the late 19th century as a reaction to deep psychology and other traditional forms of psychology, which often had difficulty making predictions that could be experimentally tested. The first derivations date back to the late 19th century, when Edward Thorndike pioneered the law of effect (a process that involved strengthening behavior through the use of reinforcement).

During the mid-20th century, John B. Watson devised methodological behaviorism, which rejected introspective methods and tried to understand behavior by measuring only observable behaviors and events. It wasn’t until the 1930s that BF Skinner suggested that private events, including thoughts and feelings, should be subject to the same control variables as observable behavior that became the basis for his philosophy called radical behaviorism.

While Watson and Ivan Pavlov investigated the stimulus-response procedures of classical conditioning , Skinner evaluated the controlling nature of the consequences and also the antecedents (or discriminative stimuli) that signal the behavior; the technique became known as operant conditioning .

The application of radical behaviorism, known as applied behavior analysis, is used in a variety of settings, including, for example, organizational behavior management, for the treatment of mental disorders , such as autism and substance abuse.

Furthermore, while behaviorism and cognitive schools of psychological thought may theoretically disagree, they have complemented each other in cognitive behavior therapies, which have shown utility in treating certain pathologies, including simple phobias , post- traumatic stress disorder, and mood disorders.

Watson’s article “Psychology as the behaviorist sees it” (behavioral psychology) is often referred to as the “behaviorist manifesto”, in which Watson (1913, p.158) outlines the principles of all behaviorists:

The behaviorist sees psychology as a purely objective experimental branch of natural science. Its main objective is behavior control and prediction. Introspection is not part of any of the methods, much less the scientific value of the data since it does not depend on the disposition with which they are given in the interpretation in terms of conscience.

The behaviorist, in his efforts to have a unitary animal response scheme, does not recognize a dividing line well. Behavior, with all its complexity and refinement, forms only part of the behaviorist’s total scheme of inquiry.

It was founded by BF Skinner and agreed with the assumption of methodological behaviorism that the goal of psychology should be to predict and control behavior.

Skinner, like Watson, also recognized the role of internal mental events, and while he agreed that such private events could not be used to explain behavior, he proposed that they should be explained in behavior analysis.

John B. Watson (1878-1958) and BF Skinner (1904-1990) are the two main authors of behavioral approaches to learning . Watson believed that human behavior was the result of specific stimuli that elicited certain responses. Watson’s basic premise was that conclusions about human development should be based on observation of overt behavior rather than speculation about subconscious motives or latent cognitive processes. (Shaffer, 2000).

For behavioral psychology: Watson’s view of learning was based in part on the studies of Ivan Pavlov (1849-1936). Pavlov was studying the digestive process and the interaction of salivation and stomach function when he realized that reflexes in the autonomic nervous system are closely linked to these phenomena. To determine whether external stimuli had an effect on this process, Pavlov rang a bell when feeding the experimental dogs, noting that the dogs salivated shortly before they were given food.

The operant conditioning is the reward from a desired behavior or a random act that approaches him. Skinner commented that “the things we call pleasant have an energizing or strengthening effect on our behavior.” Through Skinner’s research on animals, he concluded that both animals and humans repeated acts that led to favorable results and suppressed those that produced unfavorable results.

If a rat presses a bar and receives a food pellet, it is likely to press it again. Skinner defined the bar pressure response as operant, and the food ball as a reinforcer. Punishers, on the other hand, are consequences that suppress a response and decrease the likelihood that it will occur in the future. If the rat had been surprised every time he pressed the bar, that behavior would stop. Skinner believes that the habits each of us develop result from our unique operant learning experiences .

Behavioral techniques have long been used in education to promote behavior that is desirable and discourage what is not. Methods derived from behavior theory for practical application in the classroom include contracts, consequences, reinforcement, extinction, and behavior modification in behavioral psychology.

The simple contracts can be effective in helping children focus on changing behavior. The relevant behavior must be identified, and the child and the counselor must decide the terms of the contract. Behavior contracts can be used both at school and at home, it is helpful if teachers and parents work together with the student to ensure that the contract is being honored. Two examples of behavior contracts are listed below:

Negative involves removing a consequence that a student finds unpleasant. Negative reinforcement could include:

Punishment involves presenting a strong stimulus that decreases the frequency of a particular response. Punishment is effective in quickly eliminating undesirable behaviors. Examples:

Extinction decreases the probability of a response by contingent withdrawal of a previously reinforced stimulus. Examples: