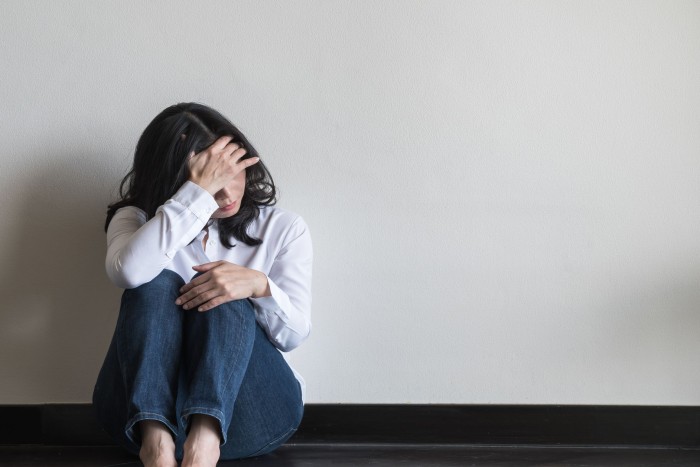 The borderline disorder of personality is also known as personality disorder emotionally unstable, it is a condition characterized by chronic instability in relationships, extreme emotional reactions and chronic fear of abandonment.

It is a long-term pattern of abnormal behavior characterized by unstable emotions and relationships with other people and an unstable sense of self. There is frequent dangerous behavior and self-harm, people can struggle with a sense of emptiness and fear of abandonment, and symptoms can be triggered by seemingly normal events. The behavior usually begins in early adulthood and occurs in a variety of situations, substance abuse , depression, and eating disorders are commonly associated with this disorder.

People with this type of personality disorder, originally thought to be on the “borderline” of psychosis and neurosis, experience difficulties with emotion regulation. Although less well known than schizophrenia or bipolar disorder , it affects two percent of adults, exhibits high rates of self-injurious behavior, such as cutting, and, in severe cases, significant rates of suicide attempts . The deterioration and the risk of suicide are greater in the young adult years and tend to decrease with age, it is more common in women than in men.

What are the signs and symptoms of borderline personality disorder?

It can be characterized by the following:

The most distinctive symptoms are marked sensitivity to rejection or criticism, and intense fear of possible abandonment. In general, characteristics include unusually intense sensitivity in relationships with others, difficulty regulating emotions, and impulsiveness. Other symptoms may include feeling insecure about your personal identity, morals, and values, having paranoid thoughts when feeling stressed and in moderate to severe cases, stress- induced breakdowns with reality, or psychotic episodes.

People can feel emotions more easily, deeply, and for longer than others. A central feature is affective instability, which generally manifests as unusually intense emotional responses to environmental triggers, with a slower return to an initial emotional state. They often engage in idealizing and devaluing others, alternating between a high positive respect for people and a great disappointment in them.

People with borderline personality disorder are often exceptionally enthusiastic, idealistic, cheerful, and loving, yet they may be overwhelmed by negative emotions, experiencing intense pain of sadness, shame, and humiliation.

Impulsive behavior is common, including substance or alcohol abuse, eating disorders, unprotected sex or indiscriminate sex with multiple partners, reckless spending, and reckless driving, it can also include leaving jobs or relationships, running away, and self-harm.

They act impulsively because it gives them a sense of immediate relief, and as time passes, impulsive behavior can become an automatic response to emotional pain.

Self harm and suicide

Self-injury scars are a common sign of borderline personality disorder.

Self-harm or suicidal behavior is one of the main diagnostic criteria in the DSM-5, since it occurs in 50 to 80% of people, the most frequent method of self-harm is cutting, bruising, burns, blows to the head or bites.

The risk of suicide is between 3% and 10% and there is evidence that diagnosed men are approximately twice as likely to die by suicide as women.

Reasons for self-harm include expressing anger, self-punishment, generating normal feelings (in response to dissociation), and distracting from emotional pain or difficult circumstances. In contrast, suicide attempts typically reflect the belief that others will be better off after suicide, sexual abuse can be a particular trigger for suicidal behavior in adolescents.

People with this condition tend to have trouble seeing a clear picture of their identity. In particular, they have a hard time knowing what they value, believe, prefer, and enjoy and are unsure of their long-term goals for relationships and employment. This difficulty in knowing who they are and what they value can make them feel “empty” and “lost.”

The often intense emotions that people experience can make it difficult for them to control the focus of their attention – concentrating. Furthermore, they may tend to dissociate, which can be viewed as an intense form of “zoning.” Dissociation often occurs in response to experiencing a painful event, involving the mind automatically redirecting attention away from that event, supposedly to guard against experiencing strong emotions and unwanted behavioral urges that such emotion might otherwise trigger.

What are the causes of borderline personality disorder?

There is no clear reason why some people experience difficulties associated with this disorder. Researchers think it is caused by a combination of factors, including:

If you get this diagnosis, it is more likely that most people had difficult or traumatic experiences growing up, such as:

If you had childhood experiences as difficult as these, they may have led you to develop particular coping strategies, or beliefs about yourself and other people, that could be less helpful in time and cause distress and / or you could be struggling with feelings of anger. , fear or sadness.

You can experience this type of disorder without having a history of traumatic or stressful life events, or having had other types of difficult experiences.

Some evidence suggests that it could have a genetic cause, because this diagnosis is more likely if someone in your close family has also received it, but it is very difficult to know if the associated difficulties are inherited from your parents or caused by other factors. such as the environment in which you grow up or the ways of thinking, coping and behaving that you learn from the people around you.

It is possible that a combination of factors may be involved. Genetics can make you more vulnerable to developing the disorder, but it is often due to stressful or traumatic life experiences that these vulnerabilities are triggered and become a problem.

How is borderline personality disorder diagnosed?

It is important to remember that it cannot be diagnosed on your own, so if you think that you or a loved one may be suffering from it, it is best to seek professional help. This type of disorder is often confused or overlapped with other conditions, so you need a mental health professional to evaluate it and make an accurate diagnosis, try to find someone with experience.

What is the importance of finding the right therapist?

The support and guidance of a qualified therapist can make a big difference in treatment and recovery, as therapy has the potential to be a safe space where you can begin to work through your relationship and confide in issues and ‘ try »new coping techniques and ways of being.

An experienced practitioner will be familiar with therapies for the disorder, such as dialectical behavior therapy and schema-focused therapy, but while these therapies have been shown to be helpful in treating it, it is not always necessary to follow a specific treatment approach. Many experts believe that most cases of borderline personality disorder can be successfully treated with weekly therapy that includes education about the disorder, family support, and training in social and emotional skills.

It is important to take the time to find a therapist you feel safe with, someone who seems to get you and makes you feel accepted and understood, take the time to find the right person, but once you do, commit to therapy. You may start out thinking that this will be your salvation, only to be disappointed and feel like you have nothing to offer, remember that these shifts from idealization to negativity are a symptom of the disorder, so try to hold out with your therapist and allow the relationship grow up and realize that change, by its very nature, is uncomfortable. If you are ever uncomfortable with therapy, you are probably not making progress.

What is the treatment for borderline personality disorder?

An effective treatment plan should include your preferences, while also addressing other coexisting conditions you may have.

Examples of treatment options include psychotherapy , medications, and group support, the overall goal is for a person to direct their own treatment plan as they learn what works and what doesn’t.

The psychotherapy , such as dialectical behavior therapy , the cognitive therapy conductua l and psychodynamic therapy are very effective in treating this disorder. The learning of ways to deal with emotional dysregulation in a therapeutic environment is the key to long – term improvement for sufferers.

Medications can be instrumental to a treatment plan, but there is no specific drug to treat core symptoms. Conversely, various medications can be used off-label to treat various symptoms, for example, mood stabilizers and antidepressants help with mood swings and dysphoria and for some, low-dose antipsychotic medication can help. to control symptoms such as disorganized thinking .

Short-term hospitalization may be necessary during times of extreme stress and / or impulsive or suicidal behavior to ensure safety.

Strategies to help yourself