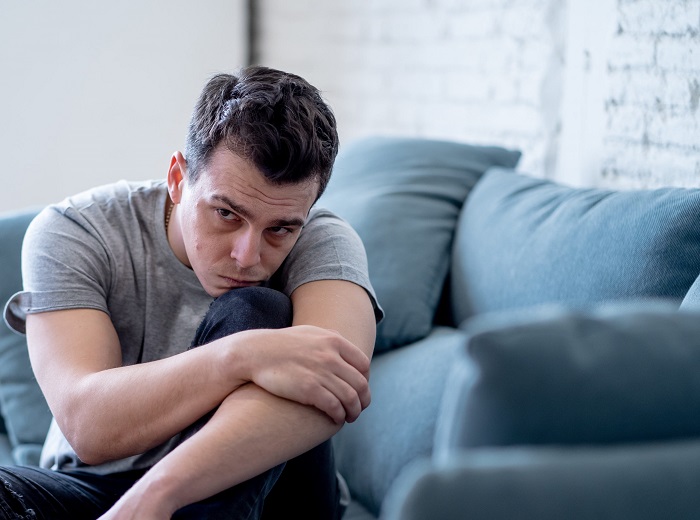 Fortunately, clinical depression is well understood in the medical community and is often easily treatable with a combination of medication and talk therapy.

It is not known exactly what causes depression, as with many mental disorders, a variety of factors can be involved, such as:

There can be several contributing factors related to the cause of depression. These usually manifest in coping behaviors and reactions to how you feel; depending on the type of depression, you may experience various symptoms.

For many people with depression, the symptoms are often severe enough to cause noticeable problems with everyday activities, such as work, school, social activities, or relationships with others. Some people may generally feel miserable without really knowing why.

Symptoms of depression in children and adolescents

The common signs and symptoms of depression in children and teens are similar to those in adults, but there may be some differences.

Symptoms of depression in older adults

You may be surprised to learn that many different types of clinical or major depressive disorder can affect you, making everyday life difficult. Each class often has other causes, but they usually involve the same disinterest in activities you once loved and a general sense of melancholy. These are divided into subtypes called specifiers that determine how long the diagnosis of depression lasts and the defining characteristic of each type.

It is classified as a disease caused directly by the time of year; it occurs most often in the winter months when sunlight is not as available. The National Institute of Mental Health states that phototherapy can be treated effectively, but almost half of people do not improve with just phototherapy; counseling and medications are also recommended. Read more about the effective seasonal disorder.

It often develops if you have been hallucinating or believe delusions that are not consistent with reality; this can be caused by a traumatic event or if you have already had a form of depression in the past. Learn a little more about psychotic depression.

It is common among new mothers who experience hormonal changes after giving birth; the stress of raising a new child and changes in their body can affect their mood. Additionally, the Canadian Mental Health Association states that adopting parents may also suffer from some of the symptoms of postpartum depression.

People with this type of depression often exhibit the most typical signs of depression, including weight loss and less interest in activities they once loved; they may experience a depressed mood similar to losing someone they love or intense pain.  Here you find more about melancholic depression.

Often atypical depression is directly related to their mood and interactions with others. Symptoms include hypersomnia, heavy limbs, and social anxiety.

It is one to which you can experience motor and behavioral problems, maybe immobilized or have involuntary movements. According to the National Institute of Health at the US National Library of Medicine, it is a psychotic disorder that presents a significant risk to the patient’s well-being and an additional barrier to treating the underlying disease. The signs and symptoms of catatonia severely interfere with essential activities of daily living. Read more about catatonic depression.

If you experience any of the symptoms or are related to clinical depression disorder, you should seek help from a medical professional. Fortunately, major depressive disorder has become less stigmatized in recent years, there is a lot of in-depth information available on depression, and your chosen medical professional is likely to discuss it with you so that you can choose the best treatment for your lifestyle.

You should feel like you have options; most likely, you don’t have to be weighed down by this illness and the negativity that often comes with symptoms of depression. Talking with a counselor and medical professional is the first step to living a happier and more fulfilling life.

Selective serotonin reuptake inhibitors:  These antidepressants are frequently prescribed as they work by helping to inhibit the breakdown of serotonin in the brain, resulting in higher amounts of this neurotransmitter.

Serotonin is a brain chemical believed to be responsible for mood; it can help improve mood and produce healthy sleep patterns. People often have low levels of serotonin. Inhibitors can relieve symptoms by increasing the amount of serotonin available in the brain.

Selective inhibitors include drugs known as fluoxetine (Prozac) and citalopram (Celexa). They have a relatively low incidence of side effects that most people tolerate well.

Tricyclic antidepressants and atypical antidepressants can be used when other drugs have not helped; they can cause various side effects, including weight gain and drowsiness.

Psychotherapy, also known as psychological therapy or talk therapy, may be an effective treatment for people with clinical depression; it is to meet regularly with a therapist to discuss your condition and related issues. Psychotherapy can help you:

Your healthcare provider may also recommend other types of therapy, such as cognitive-behavioral therapy or interpersonal therapy. Another possible treatment is group therapy, which allows you to share your feelings with people who can relate to what is happening.

In addition to taking medicine and participating in therapy, you can help improve your symptoms by changing your daily habits.

Eat Right:  Consider eating foods that contain omega-3 fatty acids, such as salmon; foods rich in B vitamins, such as beans and whole grains, have also been shown to help some people. Magnesium has also been linked to fighting symptoms; it is found in nuts, seeds, and yogurt.

Avoid alcohol and certain processed foods:  It is beneficial to avoid alcohol since it is a nervous system depressant that can worsen your symptoms; in addition, specific refined, processed, and fried foods contain omega-6 fatty acids, which can contribute to the major depressive disorder.

Get a lot of exercise:  Although clinical depression can make you feel exhausted, it is essential to be physically active, so it is highly recommended to exercise, especially outdoors and in moderate sunlight; it can improve your mood and make you feel better.

Get a good night’s sleep: It is vital to sleep at least 6 to 8 hours a night; talk to your doctor if you have trouble sleeping.

Depression often begins in the teens, 20s, or 30s, but it can occur at any age, more women than men are diagnosed with depression, but this is partly because women are more likely to seek and get treatment.

Factors that appear to increase the risk of developing or triggering depression include:

Depression is a severe disorder that can wreak havoc on both you and your family, often getting worse if left untreated, resulting in emotional, behavioral, and health problems that affect all areas of your life.

Examples of complications associated with depression include: