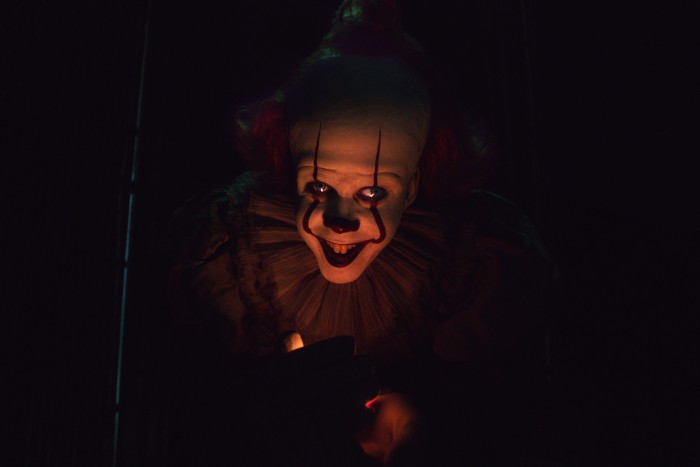 Many people suffer from true clown phobia , also called coulrophobia, even without being a phobia as such, everyone seems to agree that clowns are a bit scary, but have you ever wondered why? Logically, a clown is simply a person who wears silly makeup and clothes, and yet they still tend to give almost everyone the chills.

There is something unnatural about the fact that clowns are always smiling, we are aware that this red painted smile is fake. However, it makes it more difficult to tell when the person wearing makeup is showing real emotion and is usually looking a bit ghoulish.

What is clown phobia?

The word coulrophobia means an irrational fear of clowns. Represented by the persistent worry of meeting a clown and feeling intensely disturbed, this type of phobia is more common in children, but it also occurs with adults.

Joseph Durwin from Trinity University posits that there are two commonly accepted schools of thought , one is that fear is based on a negative personal experience with a clown at a young age and the second theory is that the media has created a hype surrounding evil clowns, such that even children who are not personally exposed to them are trained to dislike or fear them. However, neither of these theories is completely satisfactory.

Durwin continues in an impressive story of the clown, dating back to the jester of old. In those days, the clown was given permission and was even expected to represent the deviant side of human nature, from openly defying the sexual norms of the day to mocking the gods. As time passed, the jester transformed into the trickster, a more sinister figure with intentions that were less than honorable.

By the 1980s, clown phobia had peaked, rumors of child abuse were rampant, and clowns figured heavily in many of the stories. Spontaneous reports of bullying began pouring in from children nationwide, even urban legends began to focus on murderous clowns stalking hapless babysitters. Soon Stephen King seized the national consciousness with the definitive work of fictional killer clown, “It.”

In the decades that followed, killer clowns have become part of our human myths. At Halloween events, killer clowns are part of the festivities, yet the circus clown continues to delight and amaze the young at heart.

What are the causes of clown phobia?

It can be caused by several factors:

Coulrophobia has often been linked to media content that portrays clowns as evil and dangerous creatures rather than elements of comedy. There are many horror movies like Stephen King’s “It” or Steven Spielberg’s “Poltergeist” which introduced the very terrifying clown characters. Such kind of media image can have a lasting fear, and that could turn into a phobia in many people.

Another notable cause of this type of fear with clowns is associated with a traumatic experience that is related to clowns. For the most part, children are more vulnerable to being traumatized by the appearance of a clown due to their unfamiliar appearance, any distress and trauma of this type could take an unexpected form of phobia in people.

What are the symptoms of clown phobia?

As in the case of other phobias , Coulrophobia also produces many physical, mental and emotional symptoms in the patient, some of which are:

How can clown phobia be treated?

Coulrophobia can be treated using various therapies and medicines. Like the following:

Exposure therapies are one of the effective treatment methods in phobias, since the therapist sets a stage with a fake clown, a toy clown or simply accessories of a clown, where the person faces such adjustments and is makes you react. Through regular exposures, the person is guided to resist this fear and develop tolerance.

The therapist also teaches various relaxation techniques such as mind visualization exercises, meditation, and muscle release exercises to be used simultaneously during exposures.

It is another effective psychotherapy to help with coulrophobia, the main goal is to change a person’s thoughts and behavior into a positive one. The therapist conducts intense counseling sessions where they interact about the phobia, how and why it developed. Then she is guided through healthy fear-related discussions and lets out all inner thoughts.

A therapist can also use hypnotherapy to understand hidden thoughts and images related to fear.

Commonly used medications to treat coulrophobia are anti- anxiety medications and antidepressants, these must be taken strictly under the prescription of a doctor.

Fortunately, this phobia does not affect daily life, since situations such as circuses, birthday parties, etc. are generally avoided since that is where they can meet clowns, but if the phobia is increasing so much that it is even interfering with life professional or personal, it is best to seek psychotherapeutic advice for this.