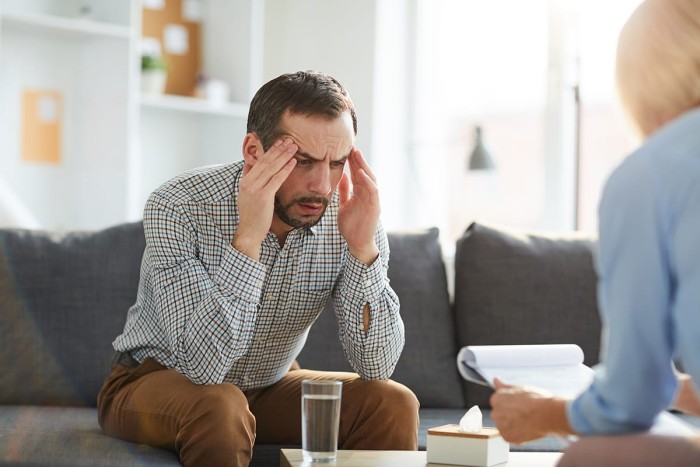 A factitious disorder , formerly known as Munchausen syndrome , is a condition in which a person, without a feigned motive, acts as if they had a disease, deliberately faking or exaggerating symptoms, to obtain the role of the patient. People with a factitious disorder can produce symptoms by contaminating urine samples, taking hallucinogens, injecting fecal material to produce abscesses, and similar behavior.

It is generally assumed that no one wants to be ill, it is also assumed that those seeking medical treatment are providing an honest medical history to obtain the most accurate treatment possible and will follow the prescribed treatment to the end with the goal of a full recovery.

This is not the case for those who are diagnosed with a factitious disorder, since as mentioned, patients who invent symptoms to obtain a certain diagnosis that they believe will attract the attention, care and interest of others do not have intention to improve, why? Experts believe that those with factitious disorder simply feel more comfortable in the “sick role,” in fact, it is a diagnosis that is delivered when there is no other reward or gain (eg, financial, legal, etc.).

What are the types of factitious disorder?

They are of two types:

Includes falsification of psychological or physical signs or symptoms, as described above. An example of a factitious psychological disorder is to mimic the typical behavior of a mental illness, such as schizophrenia . The person may appear confused, make silly claims, and report hallucinations (the experience of detecting things that are not there, for example hearing voices).

Factitious disorder imposed on another person

People with this disorder produce or manufacture symptoms of illness in other people in their care: children, older adults, disabled people, or pets. It occurs more frequently in mothers (although it can occur in fathers) who intentionally harm their children to receive care, the diagnosis is not given to the victim, but to the perpetrator.

What are the symptoms of factitious disorder?

People with factitious disorder can:

Be willing to undergo painful or risky tests and operations in order to gain the sympathy and special attention given to people who are truly ill.

What are the warning signs of factitious disorder?

Treatment is difficult and there are no standard treatment strategies for this condition and to be successful requires the patient to agree with their diagnosis and actively participate in the treatment, which can be difficult for patients who want to be considered. sick.

Many people abandon treatment once the diagnosis of factitious disorder has been raised as a possibility because they feel defensive or embarrassed.To prevent this from happening, any confrontation should be friendly and supportive in nature and emphasize that the individual is someone who needs help and that their care will continue.

Medications have not been shown to be helpful in treating factitious disorder on its own, although they may be prescribed for symptoms of anxiety or depression if the individual also meets the criteria for anxiety or mood disorder.

As of 2002, knowledge of the comparative effectiveness of different psychotherapeutic approaches is limited by the fact that few people diagnosed with a fictional disorder remain in long-term treatment.

In many cases, however, the factitious disorder improves or resolves if the individual receives appropriate therapy for a comorbid psychiatric disorder. Ganser syndrome usually resolves completely with supportive psychotherapy .

One approach that has proven useful in confronting patients with an examiner’s suspicions is a supportive approach that focuses on the individual’s emotional distress as the source of the illness rather than the anger or righteous indignation of hospital staff. Although most people with this disorder refuse psychiatric treatment when offered, those who accept it seem to benefit more from supportive rather than insight-oriented therapy.

The family therapy r is often beneficial to help family members understand the behavior of the individual and his need for attention.