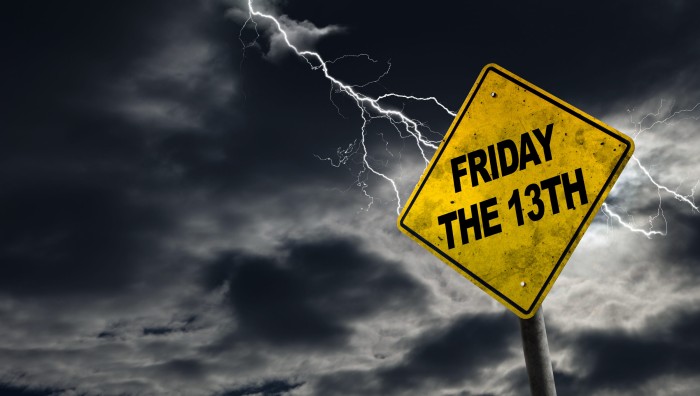 Many people fear the number 13. In numerology, 13 is considered a malignant or insignificant number that follows 12 (regarded as “more complete”). (There are 12 months in a year, 12 signs of the Zodiac, etc.) Therefore, since 13 exceeds 12 times 1, it is considered a sign of “bad luck.” Many hotels refuse to have a room on the 13th floor. Ships were not launched on Friday the 13th since The HMS (a famous 18th-century ship) was never heard from again after it was found on Friday the 13th.

People with this phobia often refuse to leave their homes on this day. (They even avoid essential tasks like going to the doctor, work, etc.). They show signs of extreme anxiety or nervousness as the date approaches. They often believe that something terrible or evil is going to happen. While many understand that their fear is unjustified and irrational, they feel powerless to overcome the panic they experienced.

You may also be interested in reading: Fear of Success: Causes, Symptoms, Treatments, Therapies

Causes fear of Friday the 13th

The main reason behind the fear of Friday the 13th is negative associations with Friday and the number 13 in many religions and cultures.

Friday the 13th is associated with the crucifixion of the Lord Jesus. Therefore, many devout Christians believe that this date is unfortunate. The Great Flood also happened on a Friday. The Bible also mentions that the Last Supper had 13 members (where the 13th member was the same one who finally betrayed Jesus).

In Roman culture, witches are believed to have gathered in groups of 12, where the 13th witch is the “Devil” himself.

The superstition and fear associated with Friday the 13th grew explicitly during the Middle Ages when King Philip IV of France tortured the Knights Templar. (The day of the torture was Friday the 13th).

In British culture, Friday and the 13th are associated with capital punishment. Friday was “the day of the hangman or the rope,” as many public hangings took place. (There were also exactly 13 steps up to the gallows.)

Many films, especially in the horror genre, have described the day as the “day of evil.”

Like the number 13, Friday has many ancient and deeply ingrained associations with “evil.” Because two supposedly unfortunate entities are coming together on this day, people prone to anxiety disorders develop deep fear or phobia about it. In addition, a hostile or traumatic event that occurs on Friday the 13th, directly or indirectly, could also reinforce the patient’s beliefs.

Symptoms of Friday the 13th phobia can vary from person to person. Some tend to get hysterical or nervous; others may have total anxiety or a panic attack.

For example, hanging shoes outside the window to repel evil, eating garlic, walking around the room 13 times, etc., can be seen.

Thoughts of death or dying can continually play through the phobic’s mind.

Overcome the fear of Friday the 13th

If you have Paraskevidekatriaphobia, you must read your details on this date. Remember that bad things can happen every day, not just on Friday the 13th.

In fact: your nervousness and anxiety can cause you to make more mistakes on this day than other people who are not afraid of it. Therefore, you must educate yourself rather than simply relying on rituals or succumbing to your fear.