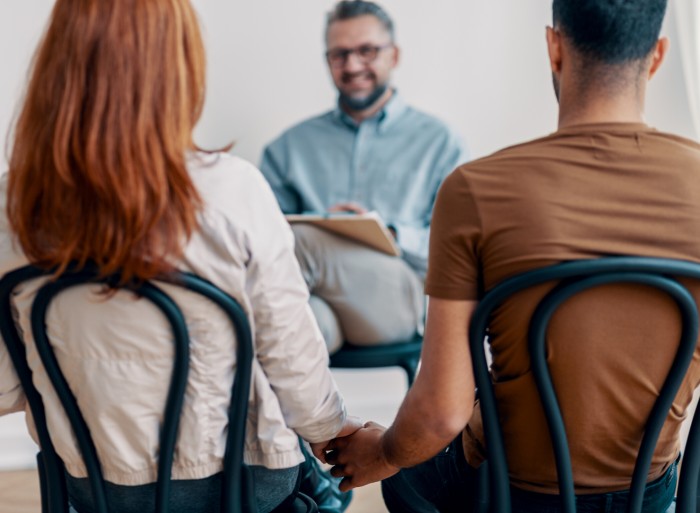 A person who becomes aroused by rubbing against a person who is not consenting to it, usually in a crowded place, may have a sexual disorder called rubbing, which is not a well understood condition, it is not clear how common it is in the public in general. Some research suggests that up to 30 percent of men may have engaged in frustrating acts at some point.

It is a paraphilic or paraphilia type of interest, which means that it is a strong sexual attraction towards atypical objects, situations, fantasies, behaviors or individuals.

It is the act of touching or rubbing the genitals against another person in a sexual way without their consent, in order to derive sexual pleasure or achieve orgasm. Those who practice froteurism enjoy experiencing a private sexual experience in a public setting, it is one of several paraphilic (arousing) criminal disorders , although it can occur at any age, the problem is most often seen in young, seemingly shy men among women. ages 15 and 25, but it has also been seen in older, reserved, and socially withdrawn men. It is believed to be very rare among women.

The activities of this disorder commonly occur in crowded areas where the victim may assume that the physical contact is accidental, the settings generally include elevators, escalators, buses, trains, subways or crowds in general, they can also choose very public places like these with the hope that their victim will be too ashamed to raise the alarm and worry that they themselves will be blamed for “making a scene.”

“Frottage” derives from the French verb frotter, which means to rub, froteuristic acts were interpreted as signs of a psychological disorder in 1887 and in the later work of the French psychiatrist Valentin Magnan, who described three acts of frottage in an 1890 study. It was Popularized by the German sexologist Richard von Krafft-Ebing in his book Psychopathia Sexualis, borrowing from Magnan’s French terminology, Clifford Allen coined froteurism in his 1969 textbook of sexual disorders.

The Diagnostic and Statistical Manual of Mental Disorders named this sexual disorder frottage until the third edition (DSM III-R), but it changed to froteurism in the fourth edition and now uses rubbing disorder in the fifth edition. However, the term frottage still remains in some codes of law where it is synonymous with the term.

For most people, it starts out as fantasies, which can be difficult to notice unless one person talks about them. Eventually, most people go on to commit the act in real life, rubbing up against unwilling partners.

Symptoms of various other paraphilias may also be present, including sadism.Because the symptoms are difficult to notice at first, many people may not seek treatment until the disorder begins to have a serious negative effect on their lives. No matter what stage the disorder is in, there are treatment options available that can help. And among the symptoms:

Causes and risk factors of rubbing

There are no scientifically proven causes or risk factors for the disorder, but there are some theories.

Typically, people are diagnosed with rubbing disorder only if their groping behavior occurs over a period of at least six months and is accompanied by recurrent and intense urges and urges for sexual arousal and if the fantasies, sexual urges, or behaviors cause clinically significant distress to self or others, and / or impairment in social, occupational, or other important areas of functioning. Grieving people generally begin to develop a frustrating disorder during adolescence.

In many cases, people seeking a diagnosis have already been charged with a sex crime or similar offense, you may be seeking treatment because you recognize your problem or because someone close to you suggested that you seek help.

Treatment generally includes psychotherapy and behavioral therapy . The psychotherapy , also known as talk therapy focuses on identifying triggers frustrating behavior and developing strategies to redirect your thoughts and feelings. The goal of behavioral therapy is to teach you how to control your impulses and not touch another person who does not consent.

Seek help before you start acting on your wishes, as rubbing is a type of sexual assault and unwanted contact with others could lead to your arrest.

It can also cause distress in the people it touches, it may lead to more violent sexual contact with others, and increase the risk of other paraphilias, such as exhibitionism, which is a strong desire to show one’s genitalia in public.