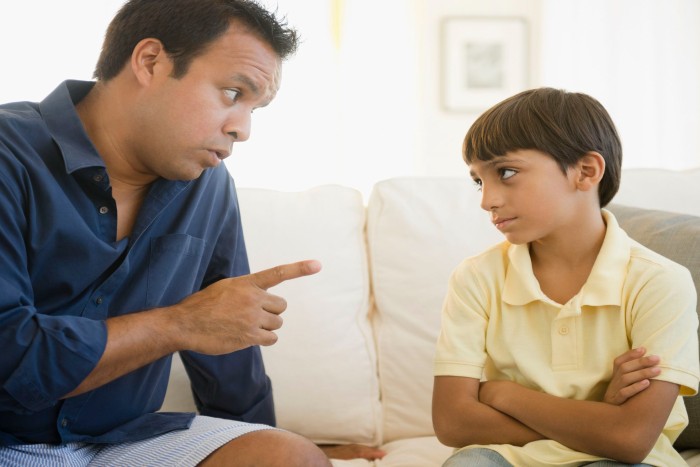 When parents start Googling behavior problems it often has to do with oppositional defiant disorder, whether or not your child has this type of disorder, learning about it can be helpful. This is because the behavior management strategies used in treatment are evidence-based techniques that all parents will benefit from knowing.

What is oppositional defiant disorder?

It is a condition in which a child shows a continuous pattern of an angry or irritable mood, challenging or argumentative behavior, and revenge towards people in authority. The child’s behavior often disrupts normal daily activities, including activities within the family and at school.

Many children and teens with this disorder also have other behavior problems, such as attention deficit disorder , learning disabilities , mood disorders (such as depression ), and anxiety disorders . Some children with oppositional defiant disorder develop a more serious conduct disorder.

Specifically, aggressive children tend to see hostile intentions in neutral situations, they also generate fewer solutions to problems, and expect to be rewarded for their aggressive responses. Lack of parental structure or supervision, inconsistent disciplinary practices, and exposure to abuse or violence in the community have also been identified as factors that can contribute to development.

What are the symptoms of oppositional defiant disorder?

Although many of the signs and symptoms may be apparent in all children at some point during their development, if your child has been diagnosed with the condition, then these symptoms will be so frequent and severe that they will negatively affect your learning and social relationships.

If your child also has related behavioral or mood conditions, such as autism or bipolar disorder , it can be difficult to diagnose the specific symptoms of oppositional defiant disorder, so a thorough evaluation may be necessary when the condition exists alongside other related disorders .

The following are some examples of signs and symptoms that may be evidence that a child is struggling with the disorder:

The specific causes that could be attributed to the appearance of this type of disorder cannot be reduced to a specific factor. It is widely believed that a combination of factors work together to cause a person to develop oppositional defiant disorder symptoms. The following are some examples of various causes and factors that can play a role in development:

Some studies suggest that defects or injuries in certain areas of the brain can lead to serious behavior problems in children. Also, this disorder has been linked to the abnormal functioning of certain types of brain chemicals or neurotransmitters, these brain chemicals work to help maintain the proper balance of brain chemicals. When there is an imbalance and messages are suddenly unable to communicate properly with other aspects of the brain, symptoms can occur.

It is common for children who are diagnosed to have family members who also suffer from various mental illnesses, such illnesses can include mood disorders, personality disorders, and anxiety disorders .

This fact suggests that it is most likely that there is a genetic component that leads a person to be more susceptible to developing oppositional defiant disorder, unlike a person who has not been exposed to the same type of genetics.

The environment in which a person is raised can have a significant effect on whether or not they can fall for the symptoms of Oppositional Defiant Disorder. If a child is surrounded by a somewhat chaotic family life (where violence, arguments and other forms of general discord prevail), it would not be unreasonable to assume that the child might start to act accordingly.

Similarly, if children are exposed to violence or have friends who behave in a destructive and reckless manner, those children are more likely to also begin to show behavioral symptoms that correlate with the onset of the disorder.

How is oppositional defiant disorder diagnosed?

As with adults, mental illnesses in children are diagnosed based on signs and symptoms that suggest a particular illness such as this type of disorder. If symptoms are present, the doctor will begin an evaluation by taking a complete medical history and physical examination . Although there are no laboratory tests to specifically diagnose it, the doctor may sometimes use tests such as neuroimaging studies or blood tests if they suspect that there may be a medical explanation for the behavioral problems that occur, they will also look for signs of other conditions that they often present with oppositional defiant disorder such as depression.

If the doctor cannot find a physical cause for the symptoms, he or she will likely refer the child to a psychiatrist or psychologist, mental health professionals specially trained to diagnose and treat mental illnesses in children and adolescents.

What is the treatment for oppositional defiant disorder?

There is no single treatment for all children and adolescents with oppositional defiant disorder, the most effective treatment plan will be individualized according to the needs of each child and family. Specific treatment modalities may be helpful for a particular child, depending on his or her age, the severity of the problems he or she is experiencing, and the family’s goals, resources, and circumstances.

Treatment must be administered for an adequate duration (usually several months or more) and may require multiple episodes, either continuously or as periodic booster sessions, often including both individual therapy and family therapy , it may also include work with the child’s teacher or school, the use of medication, although medication alone would rarely be considered an adequate or appropriate intervention for children with this disorder

Treatment usually consists of a combination of the following:

Psychotherapy : It is aimed at helping the child develop more effective coping and problem-solving skills, and ways to express and control anger.

The cognitive behavioral therapy individually, is where a psychologist will work with the child to improve:

They may also be able to identify potential contributing factors.

The family therapy , is where a psychologist will work with the family to make changes, this can help parents find support and learn strategies for managing your child ‘s disorder.

The therapy parent-child interaction where therapists will train parents as they interact with their children. Parents can learn more effective parenting techniques.

Peer groups : The child can learn to improve his social skills and relationships with other children.

Medication: Although there are no medications that are scientifically established or formally approved to treat the disorder, medications can sometimes be used to treat symptoms (impulsivity, irritability, etc.) or other mental illnesses that may be present, such as depression.

Some experts believe that there is a sequence of developmental experiences of Oppositional Defiant Disorder, this sequence may begin with ineffective parenting practices, followed by difficulties with other authority figures and poor peer interactions. As these experiences accumulate and continue, the oppositional behaviors become a pattern of behavior.

Although it may not be possible to prevent it, recognizing and acting on symptoms when they first appear can minimize distress for the child and family, and prevent many of the problems associated with the disorder.

Family members can also learn what to do if signs of relapse appear (return of symptoms). Additionally, providing a welcoming, supportive, and consistent home environment with a balance of love and discipline may help reduce symptoms and prevent episodes of challenging behavior.

Parents can help their children manage it by:

Adults with this type of disorder can manage it by: