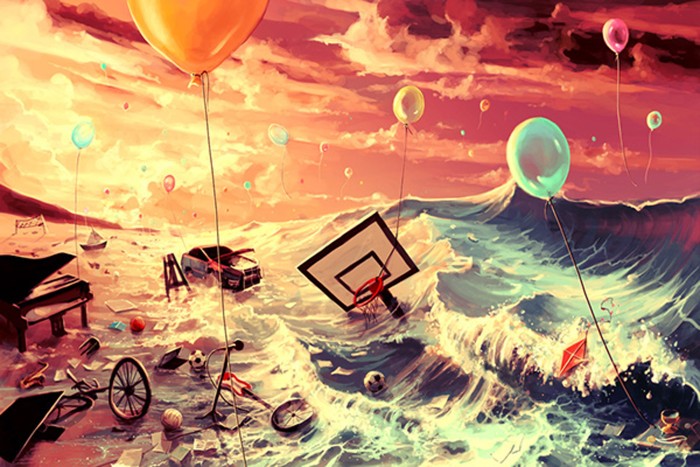 The psychology of art is a scientific area that studies the perception , knowledge and characteristics of art, according to general standards, art can be studied through perception and through the processes that take place in the human brain. The fact that art works in a cultural continuity helps us to try to analyze it, these are the general principles that guide most of the work in the psychology of art, that art can be studied by asking questions about our perception and that it operates in a cultural continuum to which one can come to terms, through the analysis of art.

Definition of the psychology of art

It is the study of perception and experience of the visual arts, music, film, entertainment, literature, design, and the environment. Art is a human phenomenon and, therefore, it is fundamentally a psychological process.

Researchers address a multitude of psychological topics, such as visual and auditory perception, knowledge and memory , preferences and emotions , using a variety of approaches, from experimental and physiological methodologies to qualitative analysis and state-of-the-art imaging techniques.

Art can expand our personal freedom, by expanding the understanding of our choices, while simultaneously increasing human liveliness through the exploration of a more intense perception of colors, shapes, sounds and values ​​of the world in which we live. In the field of psychology, despite the unresolved problem of defining the term, there is a dynamically growing area, the psychology of art, characterized by the multitude of perspectives and approaches that attempt to analyze and explain it.

History of the psychology of art

One of the first to integrate psychology with art history was Heinrich Wölfflin (1864-1945), a Swiss art critic and historian who tried to show that architecture could be understood from a purely psychological point of view.

Another important figure in the development of the psychology of art was Wilhelm Worringer, who provided some of the earliest theoretical justifications for expressionist art. Lev Vygotsky’s (1896-1934) Psychology of Art is another classic work, Richard Müller-Freienfels was another important theorist. Numerous artists in the 20th century began to be influenced by the psychological argument, which included Naum Gabo, Paul Klee, Wassily Kandinsky, and something like Josef Albers and György Kepes.

In the United States, the philosophical premises of the psychology of art were strengthened and given political valence in the work of John Dewey, his art as experience was published in 1934 and served as the basis for significant reviews of teaching practices, both in kindergarten and university. Manuel Barkan, director of the School of Artistic Education of Plastic and Applied Arts at Ohio State University, and one of the many pedagogues influenced by Dewey’s writings, explains, for example, in his book The Foundations of Art Education (1955), that the aesthetic education of children prepares the child for a life in a complex democracy.

The growth of art psychology between 1950 and 1970 also coincided with the expansion of art history and museum programs; the popularity of Gestalt psychology in the 1950s added more weight to the discipline. Art therapy drew on many of the lessons from the psychology of art and tried to implement them in the context of self-repair, marketing also began to draw on the lessons of art psychology in store design, as well as in the location and design of commercial products.

The psychology of art, in general, was at odds with the principles of Freudian psychoanalysis , with many art psychologists criticizing, what they interpreted as its reductionism, Sigmund Freud believed that the creative process was an alternative to neurosis, he felt it was Probably a kind of defense mechanism against the negative effects of neuroses, a way of translating that energy into something socially acceptable, which could entertain and please others.

In the 1970s, the centrality of art psychology in academia began to wane, artists became more interested in psychoanalysis and feminism, while art and architecture historians criticized psychology for being anti-contextual and culturally naive. Today, psychology still plays an important role in the discourse of art, although mainly in the field of art appreciation.

A recent study also found that we tend to rate the natural environment and landscape images as the most complex, which we like the least more than abstract images that we rate less complex.

Art related to the combination of vocal or instrumental sounds for the beauty of emotional form or expression, generally in accordance with cultural standards of rhythm, melody and, in most Western music, harmony, both simple folk song and the complex electronic composition belong to the same activity, music. Both are humanly designed, conceptual and auditory, and these factors have been present in music of all styles and in all periods of history around the world.

It is an art that, in one way or another, permeates all human society. Modern music is heard in a bewildering profusion of styles, many of them contemporary, others spawned in ages past.

Psychological studies have shown that hedonic hobbies in dance performances can be influenced by complexity. One experiment used twelve dance choreographies consisting of three levels of complexity performed in four different beats, the complexity in the dance sequences was created by varying the sequence of six movement patterns (i.e. circle clockwise , counterclockwise circle and approach stage). In general, this study showed that observers prefer choreographies with complex dance sequences and faster rhythms.

Applications of the psychology of art

Discoveries from the psychology of art can be applied to other fields of study, the creative process of art produces a wealth of knowledge about the mind, information about the work ethic, motivation and inspiration of the work process of an artist. These general aspects can be transferred to other areas of life, the work ethic in art especially, can have a significant impact on the overall productivity of one elsewhere.

There is potential in any type of work that encourages the aesthetic mood, furthermore art defies any defined limit, the same applies to any work that has aesthetic expertise. The application of the psychology of art in education can improve visual literacy.

Criticisms of the psychology of art

The psychology of art can be a criticized field for numerous reasons, art is not considered a science, so the research can be examined for its precision and relativity, there is also a lot of criticism about the research of art such as psychology as it can be considered subjective rather than objective.

An artist’s inspirations are nurtured through their experiences, perceptions, and perspectives on the world, art movements such as Expressionism are known for the artist’s liberation from emotions, tension, pressure, and inner spiritual forces that are transcribed to external conditions. Art comes from oneself and is expressed in the external world for the entertainment of others, everyone can appreciate a work of art because it speaks to each individual in unique ways, there is the criticism of subjectivity.