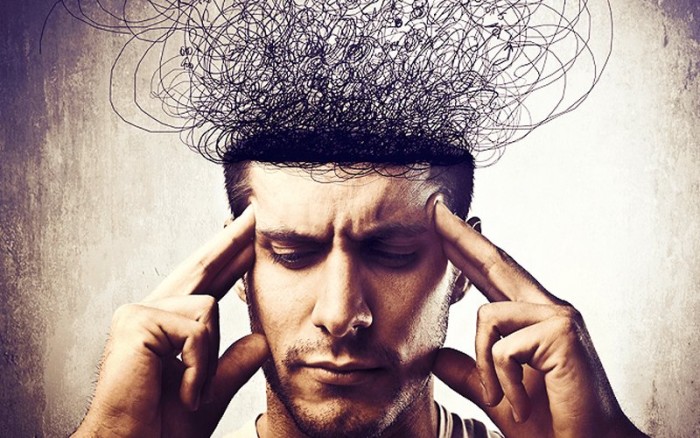 The amnesia retrograde (RA) is a loss of access to the memory to events occurring, or information learned before injury or onset of a disease. It tends to negatively affect episodic, autobiographical, and declarative memory, while generally keeping procedural memory intact without difficulty in learning new knowledge.

This disorder exhibits marked impairment of autobiographical memory, a memory system that consists of episodes collected from an individual’s life, based on personal experiences and descriptive knowledge.

It can be temporarily qualified or more permanent based on the severity of its cause and is generally consistent with Ribot’s Law: where subjects are more likely to lose memories closer to the traumatic incident than more remote memories. The type of information that is forgotten can be very specific, such as a single event, or more general, similar to generic amnesia. It should not be confused with anterograde amnesia, which deals with the inability to form new memories after the onset of injury or illness.

This amnesia is usually the result of damage to brain regions most closely associated with episodic and declarative memory, including autobiographical information. In extreme cases, people can completely forget who they are. Generally, this is a more severe type of amnesia known as global or generalized amnesia.

However, memory loss can also be selective or categorical, manifested by a person’s inability to recall events related to a specific incident or topic.

In temporarily graduated retrograde amnesia, victims eventually regain most of their memories after the onset of RA. This suggests that hippocampal formation is only used in systematic consolidation for temporary and short periods, until long-term consolidation takes place in other brain structures. Here, the fact that damage to the hippocampal formation can eventually beat RA suggests that other brain structures can take over the jobs of malfunctioning regions.

RA can also progress and further impair memory recall, as in the case of Korsakoff syndrome and Alzheimer’s disease , due to the ongoing nature of the damage caused by the diseases. The degree to which different patients recover from RA differs in time (some take a few days, while others a few decades) and content (some will only remember certain specific instances while others more).

These terms are used to describe a pure form of RA, with the absence of anterograde amnesia (AA). Furthermore, Focal AR in particular has also been used to describe a situation in which there is also a lack of observable physical deficit. This could be described as a psychogenic form of amnesia with mild anterograde and retrograde loss. A DH case study revealed that the patient was unable to provide personal or public information, however, no parahippocampal or entorhinal damage was found. Individuals with focal brain damage have minimal RA.

Isolated RA is associated with a visible thalamic lesion. Consistent with other forms, the isolated form is marked by a profound inability to recall past information.

Pure retrograde amnesia (PRA) refers to the behavioral syndrome characterized by the inability to retrieve remote information in the face of a normal ability to learn new information, without other ecological or psychometric evidence of cognitive impairment. It should not be confused with the brief periods of peritraumatic amnesia that are common in mild head injuries.

A pure form of RA is rare since most cases coexist with AA. A famous example is that of the patient ML. The patient’s MRI revealed damage to the right ventral frontal cortex and underlying white matter, including the uncinate fasciculus, a band of fibers previously thought to mediate recovery from specific events from the personal past.

The causal explanation is still under investigation.

Case-specific studies demonstrate how certain impaired areas of the hippocampus are associated with the severity of RA. Damage can be limited to the CA1 field of the hippocampus, causing very limited RA for approximately 1 to 2 years. The more extensive damage limited to the hippocampus causes temporary qualifying amnesia for 15 to 25 years. Another study also suggests that large lesions of the medial temporal lobe, extending laterally to include other regions, produce a more extensive RA, spanning 40 to 50 years.

The common causes studied do not always lead to the appearance of RA. It is even possible that in some cases both the processes of conscious pretense and the unconscious processes are at stake.

Traumatic brain injury, also known as post-traumatic amnesia , occurs from an external force that causes structural damage to the brain, such as a severe blow to the head, a diffuse axonal injury, or childhood brain damage for example, baby syndrome shaken. In cases of sudden rapid acceleration, the brain continues to move in the skull, damaging the brain tissue when it hits the internal bumps.

The LCT varies depending on the impact of external forces, the location of the structural damage, and the severity of the damage. Retrograde amnesia can be one of the many consequences of brain injury, but it is important to note that it is not always the result. An example of a subset of people who are often exposed to TBI are individuals who participate in high-contact sports. Research on soccer players takes a closer look at some of the implications for their high-contact activities, constant head injuries can have an effect on neural memory consolidation.

RA can occur without any anatomical damage to the brain, lacking an observable neurobiological basis, known primarily as psychogenic amnesia or psychogenic fugue, it often occurs due to a traumatic situation that individuals consciously or unconsciously wish to avoid through intrapsychic conflicts or repressions. unconscious. The onset of psychogenic amnesia can be global (that is, the individual forgets the entire history) or situation-specific (that is, the individual cannot retrieve memories of specific situations).

People suffering from psychogenic amnesia have impaired episodic memory, cases of wandering and traveling, and acceptance of a new identity as a result of inaccessible memories pertaining to their previous identity.

Recent research has begun to investigate the effects of stress and fear-inducing situations on the onset of RA. Common changes in the hippocampus have been found to be related to stress, the commonalities supporting the idea that stress variations may play a role in the production of new memories, as well as the appearance of RA for other memories.

RA has been found among alcohol-dependent patients with Korsakoff syndrome. Patients suffer from retrograde amnesia due to a thiamine deficiency (lack of vitamin B1). Furthermore, chronic alcohol use disorders are associated with a decrease in the volume of the right and left hippocampus.

The regular diet of these patients consists mainly of the intake of hard alcohol, which lacks the necessary nutrients for healthy development and maintenance. Therefore, after a prolonged consumption of alcohol mainly, these people experience memory difficulties and ultimately suffer from RA. However, part of the drawback of using Korsakoff patients to study RA is the progressive nature of the disease and the unknown time of onset.

Infections that pass through the blood-brain barrier can cause brain damage (encephalitis), sometimes leading to the development of RA. Brain scans show abnormalities in the bilateral medial temporal lobes, including two-thirds of the hippocampal formation and the posterior part of the amygdala.

Henry Molaison suffered from epilepsy that progressed and worsened at the age of twenty. The severity of his condition prompted him to undergo surgery in an effort to prevent his seizures. Unfortunately, due to a lack of known general neurological knowledge, Molaison’s surgeons removed his bilateral medial temporal lobe. The brain structures removed included the hippocampus, the amygdala, and the parahippocampal gyrus, now called the medial temporal lobe memory system. HM was one of the most studied memory cases to date and began the examination of neurological structures in relation to memory.

How does retrograde amnesia develop? 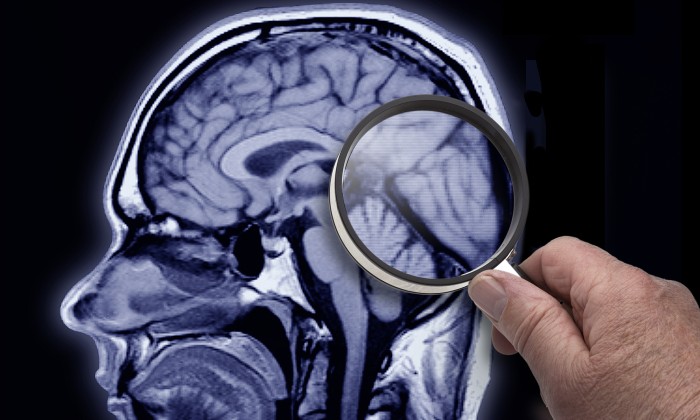 The main culprit in development is the hippocampus, which is similar to the brain’s random access memory. Its goal is to collect information temporarily before sending it to neurons and synapses for long-term memory storage.

The temporal lobes also help the hippocampus in processing information before sending it to long-term memory, although the temporal lobes are more dedicated to semantic memory . Damage to any of these brain regions can cause retrograde amnesia.

An individual suffering from retrograde amnesia may not be able to recall events in their past, but they are still able to speak, as well as perform other daily tasks such as walking, eating, etc. Therefore, it affects explicit memory, also called declarative memory, which is controlled by the hippocampus. Explicit memory can be divided into 2 categories:

It is the memory of people, places and times along with the associated emotions . Basically, episodic memory allows you to recall events in your past, such as time travel and reliving particular moments. Read more about episodic memory .

This is concrete knowledge about facts and concepts that we learn along the way. For example, your knowledge of the solar system, gravity, and the objects around you are part of your semantic memory; otherwise, you will not recognize that you are looking at a computer screen right now by reading this text.

The other parts of memory that are not affected by retrograde amnesia are procedural memories that are memories stored over time through repetition. When you learned to walk, swim, or ride a bike, the process was stored in your procedure memory and you can instinctively perform these activities without thinking. A person with retrograde amnesia may not ever be able to remember riding a bike or swimming. Learn more about semantic memory.

As mentioned above, RA can affect people’s memories to varying degrees, but tests are required to help determine if someone is experiencing this amnesia. There are various tests, for example factual knowledge tests such as known public events, one problem with this form of testing is that people generally differ in their knowledge of such topics.

Other ways to evaluate someone are through autobiographical knowledge using the Autobiographical Memory Interview which includes family names, personal information and work history. This information could help determine if someone is experiencing RA and the degree of memory affected. However, due to the nature of the information being tested, it is often difficult to verify the accuracy of the memories being remembered, especially if they are from the distant past.

Some researchers have found that the time interval after head injury did not seem to matter. The effect of memory loss was the same no matter how long after the injury.

Brain abnormalities can be measured using MRI, CT, and EEG, which can provide detailed information about specific brain structures. In many cases, an autopsy helps to identify the exact region of the brain affected and the extent of damage caused by the AR after the patient died.

Another real-life problem is simulation, which is conceived as the rational production of a neurologically normal brain that aims for the surreptitious achievement of a well-identified gain. Since it is common for people who have committed a crime to report having RA for that specific event to avoid its punishment, the legal system has lobbied for a standardized test for amnesia to be created. However, since most cases differ in appearance, duration, and forgotten content, this task has proven to be quite complex.

When someone suffers from RA, their memory cannot be recovered simply by recounting personal experiences and their identity. This is called the reminder effect or reminder treatment. The reminder effect is to re-expose the patient to past personal information, which RA cannot reverse. Therefore, reminding patients of the details of their life does not have any scientific guidance on memory retrieval. Fortunately, memory can and usually does recover due to spontaneous recovery and plasticity.