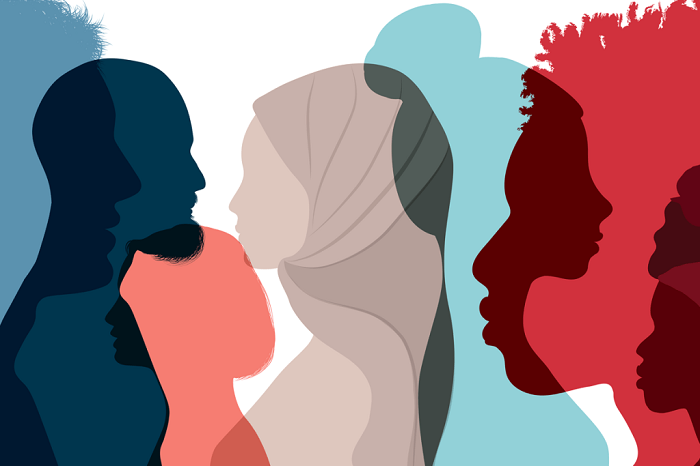 The existential theories  and humanistic  psychology often confused, so it is important to know the similarities and differences between the two theories and related therapies.

Existential and humanistic theories are as varied as the parents associated with them, they are also separated by philosophical disagreements and cultural differences. However, they all share some fundamental assumptions about the human being, nature and human condition that distinguish them from other theories of personality .

The general assumption is that individuals have the freedom and courage to transcend existential data and biological / environmental influences to create their own future. Second, they emphasize the phenomenological reality of the experiencing person and third, they are holistic in their focus on the lived experience and future aspirations of the whole
person in action and in context. Finally, they attempt to capture the high drama of human existence, the struggle for survival and fulfillment despite the human being vulnerable to fear and despair.

Definitions of existential and humanistic theories

Humanist is a term in psychology related to an approach that studies the whole person and the uniqueness of each individual. Essentially, these terms refer to the same approach in psychology. It is a psychological perspective that emphasizes the study of the whole person, humanistic psychologists look at human behavior not only through the eyes of the observer, but also through the eyes of the person who behaves.

Therapists who practice existential psychology treat their clients by immersing themselves in the client’s world. For the therapist, therapy is a process in which they too participate. This is a process that seeks meaning within the totality of the person’s existence, including the client’s personal history.

There are many reasons for this assimilated view of these theories. On the one hand, since their emergence, these two approaches have been in close dialogue, secondly, there have been many attempts to combine them, as ultimately both approaches share many of the same values.

It presents the empirical evidence and discusses the practical implications of the meaning-centered
approach.

The reasons for reformulating the existential-humanistic theory include:

Similarities between existential and humanistic theories

Both approaches are phenomenological, although the term is a complicated one that many psychologists and philosophers disagree with, the essence of what it means for these approaches is that they value personal experience and subjectivity. Psychology, in its attempt to become a science, has developed a preference for the objective, although phenomenological approaches do not discount the importance of objective approaches, they would focus on the limitations of objectivity. This, in part, means that objective knowledge is only part of the big picture.

Humanistic and existential approaches value the basic goodness in people and human potential, part of the therapy process is understood as the liberation of the individual to embrace their basic goodness and potential. By doing this, it is believed that they will be happier and more satisfied with life.

One final similarity between existential and humanistic theories is that they both emphasize the positive aspects of human nature. Many theories of psychology focus on what the individual is missing: this person has a chemical imbalance, which means that some element is missing in his brain; that person is guided by unresolved problems in his subconscious.

Differences between existential and humanistic theories

However, despite the similarities, there are some key differences in existential and humanistic psychology. The biggest difference lies in the underlying view of human nature.

While both approaches believe in human potential and goodness, existentialism has focused more on the potential for evil and human limitation, this is more of a process distinction than basic values. In other words, humanistic psychology generally takes a position similar to existentialism, but humanistic therapists have not spent as much time living in the shadow or daemonic.

This distinction should not be minimized despite the shared basis of your beliefs. Through time, humanistic psychology has been unfairly characterized as being too “warm and fuzzy.” Many people have turned away from this theoretical approach due to the perception that it does not address the reality of the human condition, on the contrary, existentialists are often accused of spending too much time in dark places and of being quite morbid. None of the characterizations are accurate, however, they have influenced who has been attracted to the different theoretical positions and how they have developed over time.

For May, people innately have the potential for good and for evil, for Rogers and many humanistic psychologists, evil is an external reality that impacts individuals through culture and socialization, it may express concern in part for this, because he doesn’t think this adequately addresses our own potential for evil.

In this same dialogue, May (1982) points out another important distinction that sometimes arises between humanistic and existential therapists, he may express some concern that in extreme client focus and empathic response in focused therapy, there is a cost to a compromise. deeper genuine insight that requires the therapist to focus on their own subjective experience. In other words, humanistic psychologists may focus on the client, sometimes at the cost of acknowledging their own experience, by doing so the client is deprived of the opportunity for a deeper engagement with the therapist as a subjective self.

Humanistic psychology has tended to focus more on the art of therapy, subjective and intentionality, neglecting the science of therapy, aim and human limitation, many humanistic thinkers would correctly challenge this claim, compared to thought existential, there is a strong case for this claim. Existentialism tends to be more balanced, its values ​​are consistent with the approach of humanistic psychologies, but it creates more space for science, objectivity, and human limitation.

Finally, it could be argued that existential thinking maintains a more flexible framework for integrating with other approaches, this is true even with regard to solution-focused therapies. Existential psychology is commonly used as a framework that integrates other depth approaches, this can still be done with humanistic psychology, it is not as natural as it is adaptable.

In the end, adaptability and balance are the strengths of existential psychology.