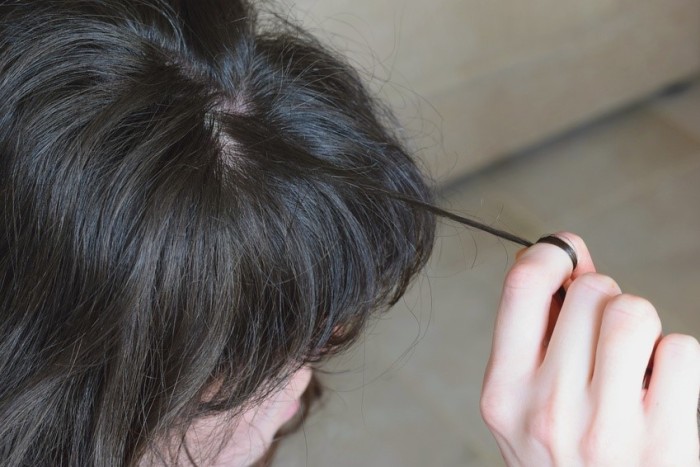 The Trichotillomania is not a new disorder but is coming out of the closet, so to speak, because new treatments and recent publicity on the subject. It was actually described as early as the late 1800s, there are even references to hair pulling in the Bible. Until recently, trichotillomania did not receive much attention because it was thought to be very rare, the condition was described in psychology and psychiatry teaching programs as a rarity that is unlikely to ever be found in practice.

Those seeking help often cannot explain that they are causing their own hair loss, due to the shame of feeling “crazy” or out of control.

The prevalence of trichotillomania is unknown, it was considered to be rare until very recently due to the reserve of people suffering from the disorder that they rarely sought help. Epidemiological studies so far indicate that the disorder is common and affects up to 2% of the population; media attention generates thousands of requests for information. Currently, it is officially classified as an impulse control disorder, along the lines of pyromania, kleptomania, and pathological gambling.

Also known as hair pulling disorder , it is a mental disorder characterized by a long-term impulse that causes the extraction of hair, from the scalp, eyebrows, eyelids and other areas of the body, despite repeated attempts to stop or slow the extraction of hair, this occurs to the point that you can see hair loss, efforts to stop hair usually fail. Hair removal can occur anywhere, however the head and around the eyes are more common. The pulling of the hair is to such a degree that it results in distress.

The disorder can be hereditary, occurs more commonly in those with obsessive compulsive disorder , pulling episodes can be triggered by anxiety, people generally acknowledge that hair pulling. On examination, broken hair can be seen, other conditions that can present similarly include body dysmorphic disorder, but in that condition, people remove their hair to try to improve what they see as a problem in the way that they look.

People with trichotillomania feel the tension of a building or the need to pull their hair, be it hair on the scalp, on the eyebrows or in the groin, removing a hair temporarily releases the tension, giving a feeling of satisfaction, it can calm feelings of stress and anxiety, and can even occur without conscious thought .

A hair pulling session can be triggered by feelings of stress, but hair pulling can also occur when people are feeling relaxed, such as when reading or watching television.

Although people with this condition and their family may think it is simply a habit, pulling hair can create obvious bald spots or thin spots. Shame about hair loss and shame about not being able to stop can lead people to go to great lengths to hide it, they may avoid social interactions and activities, or wear a hat, wig, or makeup to avoid discovery.

Other physical symptoms can include:

The physical, emotional and social impacts on the person can be distressing. Many people with trichotillomania experience anxiety and depression.

There is no certain cause , but the current way of looking at it is as a medical illness. A theory at the biological level is that there is a disruption in the system that involves one of the chemical messengers between nerve cells in parts of the brain, there may also be a combination of factors such as a genetic predisposition and an aggravating stress or circumstance as with many other diseases. Also, trichotillomania could be a symptom caused by different factors in different individuals just as a cough can be caused by a multitude of different medical problems. Finding the cause (s) will require further investigation.

The anxiety , the depression and obsessive compulsive disorder found most often in people with trichotillomania, because it has a large overlap with PTSD , and some cases may be triggered by stress .

Another school of thought emphasizes that hair pulling is addictive or negatively reinforcing, as it is associated with increased tension beforehand and relief afterward. A neurocognitive model, the notion that the basal ganglia play a role in habit formation and that the frontal lobes are critical in suppressing or inhibiting such habits, views trichotillomania as a habit disorder.

Impact and effects of trichotillomania

For some people, trichotillomania is a mild problem simply a frustration, but for many, the embarrassment of pulling hair causes painful isolation and results in great emotional distress, putting them at risk for a co-occurring psychiatric disorder, such as a condition. mood or anxiety disorder. Hair pulling can lead to great stress and strained relationships with family and friends. Family members may need professional help to deal with this problem.

Physical effects such as itching, tissue damage, infection, and repetitive motion injuries to muscles or joints are not uncommon. Those who ingest pulled hair or parts of it may experience gastrointestinal problems or develop a trichobezoar (hairball on the intestines or stomach), which could lead to gastrointestinal blockage and require surgical removal, although trichobezoars are rare, they pose a serious risk for those who ingest hair.

How is trichotillomania diagnosed?

A doctor must carry out a thorough evaluation, including a detailed history of the patient and his family, the input of people close to the affected person can also be valuable. The diagnosis is made according to the criteria established in DSM and its  symptoms  .

Comorbid conditions must also be diagnosed and treated in treatment, psychiatric comorbidity is common, while anxiety disorders (mainly generalized anxiety disorder and specific phobias ), mood disorders (major depressive disorder), use disorders substance and eating disorders, as well as personality disorders are most prevalent in adults with trichotillomania, while patients present more frequently with anxiety, disruptive behavior disorders, and other obsessive-compulsive and related disorders (particularly repetitive, body-centered behaviors such as nail biting, cheek biting and biting her lips).

When to see a mental health professional?

A mental health professional should be seen when attractive behaviors , including avoidance and distress, have a significant impact on school, work, or social life . Early diagnosis and treatment can prevent the negative impact of the disorder on social development and general functioning.

It can also prevent the development of comorbid conditions, such as depression or other repetitive, body-centered behaviors.

People with trichotillomania should tell the doctor when it first became a problem, the course of the disorder and the previous treatment received, including what medication was prescribed, the dose and duration, and how effective it was in relieving their symptoms.

If the person has undergone psychotherapy , it is important to mention the type of psychotherapy used (there are different types; ask your therapist which one you will use during treatment).

The 12-month prevalence in adults and adolescents is 1-2% , among children, women and men are equally represented.

The onset of hair removal most often coincides with the onset of puberty or continues, the course of the disease is chronic, although people may experience symptoms that increase and decrease over time. There appears to be a genetic component to trichotillomania, the disorder is more common among people with obsessive-compulsive disorder and their first-degree relatives than the general population.

Which are the risk factors?

Treatment can be complicated , and most treatment options take time and practice. People often try various strategies to cope with their needs before they find something that works – try not to get discouraged if symptoms come and go.

Treatment is based on a person’s age; most preschool children outgrow the condition if managed conservatively. In young adults, establishing the diagnosis and raising awareness about the condition is an important guarantee for the family and the patient, non-pharmacological interventions can be considered, including behavior modification programs; referrals to psychologists or psychiatrists may be considered when other interventions fail.

When trichotillomania begins in adulthood, it is associated with other mental disorders, and referral to a psychologist or psychiatrist for evaluation or treatment is considered best. Hair pulling can be resolved when other conditions are treated.

This is the primary treatment for trichotillomania, people learn to recognize situations where they are likely to tease and instead substitute for other behaviors. Many people use the journal, alerts, and other strategies to increase awareness of triggers. Instead of pulling hair, a person can substitute behaviors such as; clenching your fists or breaking an elastic band at your wrist.

The training habits reversal has the highest success rate in treatment, it has proven to be a successful adjunct to medication as a way to treat trichotillomania. With this therapy, the individual is trained to learn to recognize their urge to pull and also teach them to redirect this urge. In comparisons of behavioral treatment versus drug treatment, cognitive behavioral therapy has shown a significant improvement over medication alone and has been shown to be effective in treating children.

The biofeedback , cognitive-behavioral methods and hypnotherapy may improve symptoms, the acceptance and commitment therapy  is also proving to be promising in the treatment with trichotillomania.

The family therapy for children and adolescents helps parents learn to respond and better control symptoms.

In group therapy trichotillomania can feel isolated, groups help people connect with other people who are enduring a similar struggle and provide mutual support.

The US Food and Drug Administration has not approved any drugs for the treatment of trichotillomania.

Treatment with clomipramine, a tricyclic antidepressant, was shown in a small double-blind study to improve symptoms, but the results of other studies on clomipramine to treat trichotillomania have been inconsistent.

Naltrexone may be a viable treatment, fluoxetine and other selective serotonin reuptake inhibitors (SSRIs) have limited utility in treating trichotillomania and may have significant side effects. The behavioral therapy has proved more effective in comparison with fluoxetine or control groups. There is little research on the effectiveness of behavioral therapy in conjunction with medication, and strong evidence from high-quality studies is lacking.

Acetylcysteine ​​treatment originated from an understanding of the role of glutamate in regulating impulse control.

Many drugs, depending on the individuality, can increase hair extraction.

People learn to be more aware of their hair removal patterns by tracking when they extract and detail emotions and other important information.

This helps people learn to focus and calm their central nervous system in response to stress triggers.

Some people with trichotillomania learn to manage symptoms and trigger outpatient treatment, while others require more intensive treatment. It is important to seek help as soon as possible and to continue treatment continuously.