Skip to content
PsychoTreat > Disorders > What is a speech disorder? Types, Symptoms, Treatments and Causes 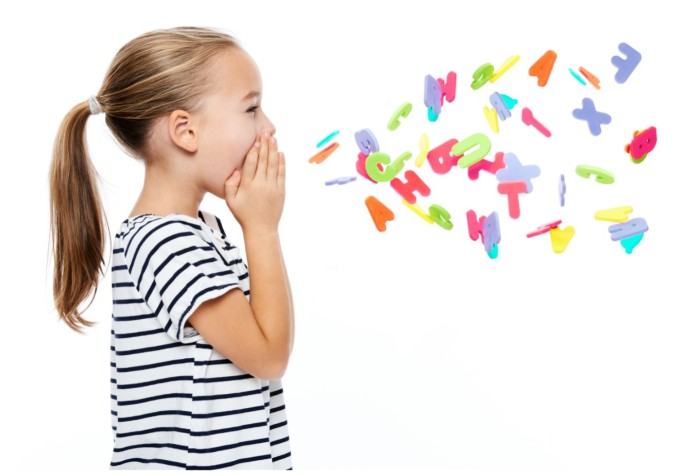 The disorder speech  is the inability to produce normal speech, can affect joint ( disorders phonetic or phonological); fluency (stuttering or clutter) and / or voice (pitch, volume, or speed). They can be rooted in oral motor difficulties, although some involve language processing problems .

Diagnosis is made through speech / language evaluation by a licensed pathologist.

It is an affection that makes speech difficult due to muscle problems that inhibit speech. A person with dysarthria may also have trouble controlling the tone, volume, rhythm and qualities of the voice, it is caused by paralysis, weakness or inability to coordinate the muscles of the mouth, it can occur as a developmental disability. Read more information about Dysarthria.

A type of language disorder that is classified by the alteration, omission, or substation of certain phonemes to incorrect ones. It is the inability to articulate understandable speech, especially when it is associated with the use of private words or sounds.

There are different types of dyslalias:

The child’s organs are not mature enough to articulate certain words. It is completely normal and there is no need to worry as long as it does not last too long.

As the name implies, this speech problem is caused by a defect in the child’s engagement, which prevents him from imitating sounds adequately.

It can appear after a prolonged physiological dyslalia when the organs have already matured. It is related to a defect in the articulation of the message.

This type of dyslalia is also called dysglossia and is related to defects in the organs used in speech.

Dysglossia is a type of language disorder classified by the following characteristics:

Caused by an alteration in the shape or strength of the lips. Some of the best known cases are cleft lip and frenulum.

Caused by an alteration in one or both jaws.

Caused by an alteration in the shape or position of the teeth.

Caused by alterations of the language, without the perfect synchronization of the language, the speech is affected. Some of the more common disorders that can cause this type of dysglossia are ankyloglossia (small frenulum), macroglossia (large tongue), or unilateral or bilateral paralysis.

Caused by alterations that prevent the air from reaching the lungs correctly.

Caused by alterations of the palate (roof of the mouth).

It is defined as an alteration of the tongue and is characterized by spasms and tics caused by poor coordination in the motor skills of the brain. An example of dysphemia is stuttering. To learn more, click on Dysphemia.

This type of speech disorder does not generally occur in children, as it is the consequence of a brain injury, where certain parts of the brain related to language are affected.

It is caused by an injury to the frontal lobe where Broca’s area is located, it is characterized by extreme difficulty in articulating ideas and speaking in short sentences. This aphasia affects the patient’s expression (which is why it is also called expressive aphasia) however the patient generally has little or no problem with understanding.

Caused by damage to the left temporal lobe, along with the auditory cortex, this disorder is also known as receptive aphasia because it is characterized by fluent speech that makes little sense. People with this disorder also have comprehension problems.

This disorder is caused by damage to the arcuate fasciculus and / or other connections between the temporal and frontal lobes, it is characterized by relatively fluent speech (paraphasic), good comprehension, but difficulty in reproducing speech. Patients with conduction aphasia have difficulty reading aloud, especially if words or sentences are long.

It is characterized by damage to specific parts of the temporal and parietal lobes, and causes problems with understanding single words, but the ability to reproduce sounds and words is relatively intact.

Also known as commissural dysphasia, it is caused by damage to the anterior superior frontal lobe, characterized by spontaneous speech, but generally does not affect the ability to name objects.

Caused by damage to parts of the temporal and parietal lobes, and causes problems producing single words on their own.

It is the most serious aphasia and affects important language functions. It affects both receptive brain functions and is caused by injury to the perisylvian cortex.

Read more on the topic of Aphasia.

The dyslexia is usually enough to provide its own section, it is characterized by a disorder of learning that affects reading and writing skills of a child. While professionals are still not sure why some people suffer from dyslexia, it is believed to be caused by problems with a child’s neurodevelopment. This disorder can affect both adults and children. For more information click on Dyslexia.

It can be the result of stroke or progressive disease, and involves the inconsistent production of speech sounds and the rearrangement of sounds in a word. Word production becomes more difficult with effort, but common phrases can sometimes be spoken spontaneously without effort. Complete content about Apraxia.

What are the symptoms of a speech disorder?

Depending on the cause of the speech disorder, various symptoms may be present. The most common experienced are:

Speech disorders affect the vocal cords, muscles, nerves, and other structures within the throat.

Speech disorders can be inherited and can develop over time.

How are speech disorders treated?

Mild speech disorders may not require any treatment, some may just go away. Others may improve with speech therapy.

Treatment varies and depends on the type of disorder. In speech therapy , a professional therapist will guide you through exercises that work to strengthen the muscles of your face and throat, you will learn to control your breathing as you speak. Strengthening exercises and controlled breathing help improve the way your words sound, you will also learn ways to practice speaking more fluently.

Some people with speech disorders experience nervousness, embarrassment, or depression. The talk therapy may be useful in these situations, a therapist will discuss ways to deal with the condition and ways to improve the prognosis of his condition. If your depression is severe, antidepressant medicine can help.

What are the possible complications of a speech disorder?

Untreated speech disorders can cause a person to experience a great deal of anxiety. Over time, this anxiety can trigger anxiety disorders or a phobia of public speaking. Early treatment for anxiety can help prevent phobias from developing . Treatment options include talk therapy and anti-anxiety medications.

What is the difference between speech disorders and language disorders?

The talk is how we say sounds and words. A person with speech problems:

It does not say sounds clearly.
Has a hoarse or harsh voice.
Repeats sounds or pauses when speaking, called stuttering.

The language are the words we use to share ideas and get what we want. A person with a language disorder may have problems:

Children and adults can have speech and language disorders.