Skip to content
PsychoTreat > Psychology > What is Educational Psychology? – Features, Outlook and Application 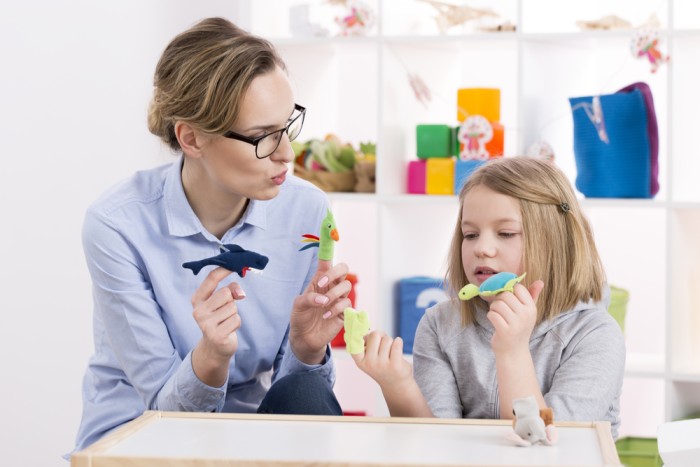 The educational psychology , theoretical and research branch of modern psychology, processes related to learning and psychological problems associated with teaching and training of students. The educational psychologist studies the cognitive development of students and the various factors involved in learning, including the measurement of aptitude and learning, the creative process, and the motivational forces that influence the dynamics between students and teachers.

It is a branch of partially experimental and partially applied psychology, related to the optimization of learning, it differs from school psychology, which is an applied field that largely deals with problems in the primary and secondary school systems.

Philosopher Johann Herbart is considered by many to be the “father” of educational psychology, who believed that a student’s interest in a subject greatly influenced the outcome of learning and believed that teachers should consider this interest along with prior knowledge when deciding. what type of instruction is the most appropriate.

Later, the psychologist and philosopher William James made significant contributions to the field, his seminal 1899 text Talks to Teachers on Psychology, is considered the first textbook on educational psychology. Around this same period, the French psychologist Alfred Binet was developing his famous IQ tests. The tests were originally designed to help the French government identify children with developmental delays to create special education programs.

In the United States, John Dewey had a significant influence on education, his ideas were progressive, and he believed that school should focus on students rather than subjects, advocated active learning, and believed that practical experience was a important part of the learning process.

Next the development of the functions of educational psychology: Theories of learning and development, and formulation of suggestions:

Theories of learning and development

Educational theories explain the phenomena that have to do with learning. However, sometimes the theories are difficult to understand.

Applied behavior analysis, a research-based science using behavioral principles of operant conditioning , effective in a variety of educational contexts, suggests that all behaviors are learned through conditioning. For example, teachers can give a prize that can be exchanged for desirable items like candy and toys to reward good behavior. While such methods can be useful in some cases, the behavioral approach has been criticized for failing to take into account elements such as attitudes, cognitions, and intrinsic motivations for learning.

Many effective therapies have been based on the principles of applied behavior analysis, including fundamental response therapy used to treat autism spectrum disorders.

Among current educational psychologists, the cognitive perspective is more widely accepted than the behavioral perspective, perhaps because it admits causally related mental constructs, such as traits, beliefs, memories, motivations, and emotions . The cognitive psychology focuses on understanding how people think, learn, remember and process information. Educational psychologists who take a cognitive perspective are interested in understanding how children are motivated to learn, how they remember the things they learn, and how they solve problems, among other things.

A problem that students encounter when reading is called “activation”, this is when the representations of the student’s text are present during working memory , this makes them read the material without absorbing the information and being able to retain it. When the working memory is absent from the reader’s representations, they experience something called ‘deactivation’, when it occurs the student understands the material and can retain the information, if the deactivation occurs during the first reading, the reader does not need to undergo deactivation on the second reading. The reader will only have to reread to obtain an “essence” of the text that awakens his memory.

Therefore, knowing the level of students in a developmental sequence provides information about the type and level of knowledge that they can assimilate, which in turn, can be used as a framework to organize the subject that will be taught in different school grades. This is the reason why Piaget’s theory of cognitive development was so influential for education, especially for mathematics and science education. In the same direction, neo-Piagetian theories of cognitive development suggest that, in addition to the previous concerns, the sequence of concepts and skills in teaching must take into account the processing capacities and working memory that characterize successive age levels. .

Second, the psychology of cognitive development involves understanding how cognitive change occurs and recognizing the factors and processes that allow the development of cognitive competence, education also capitalizes on cognitive change, because the construction of knowledge presupposes effective teaching methods that would move the student from a lower level of understanding to a higher one. Mechanisms such as reflection on real or mental actions in the face of alternative solutions to problems, labeling new concepts or solutions to symbols that help to remember and manipulate them mentally.

Finally, the psychology of cognitive development deals with individual differences in the organization of cognitive processes and abilities, in their rate of change, and in their mechanisms of change. The principles underlying intra-individual and inter-individual differences could be educationally useful, because it is known how students differ in different dimensions of cognitive development, such as processing and representation ability, self-understanding and self-regulation, and the various domains of understanding, such as mathematical, scientific or verbal skills, would allow the teacher to attend to the needs of different students so that no one is left behind.

It is one of the newer learning theories that focuses on how children actively construct their knowledge of the world. The Constructivism tends to explain more social and cultural influences that impact the way children learn, this perspective is strongly influenced by the work of the psychologist Lev Vygotsky, who proposed ideas such as the zone of proximal development and instructional scaffolding.

A dominant influence on the latter type is Lev Vygotsky’s work on sociocultural learning, which describes how interactions with adults and cognitive tools are internalized to form mental constructs. In developing the theory they developed the important concept of instructional scaffolding, in which the information or social environment offers learning supports that are gradually withdrawn as they are internalized.

Psychologists working in education study the social, emotional and cognitive processes involved in learning and apply their findings to improve the learning process. Some specialize in the educational development of a specific group of people, such as children, adolescents, or adults, while others focus on specific learning problems, such as attention deficit hyperactivity disorder (ADHD) or dyslexia .

No matter what population they study, these professionals are interested in teaching methods, the instructional process, and different learning outcomes.

Introductory educational psychology is a commonly required area of ​​study in most North American teacher education programs. When taught in this context, its content varies, but generally emphasizes learning theories (especially cognitively oriented), questions of motivation, assessment of student learning, and classroom management.

Educational psychologists can also work as consultants in the design and creation of educational materials, classroom programs, and online courses.

The following are the points that show the importance of educational psychology in education:

Educational psychology studies various factors that have an impact on students, which may include the home environment, social groups, their emotional feelings and mental hygiene, etc. Various methods are used to obtain the desired data about the student in order. to know their mentality and behavior and their manifestations.

Here educational psychology investigates how information and knowledge should be transferred and what kind of methodologies should be used for that purpose.

Educational psychology studies the factors that are situational in nature about how the classroom environment should be managed and how discipline should be maintained.

Educational psychology helps educators determine what types of assessment techniques should be used to assess the student to what extent information and concept have been transferred.