Skip to content
PsychoTreat > Psychology > Gustatory Perception – Definition, How It Works And Types Of Flavors 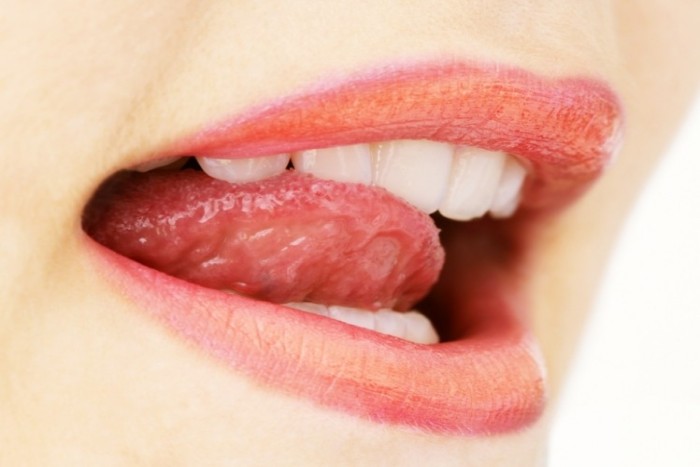 The perception of taste is possible thanks to peripheral chemosensory organs, ie the taste buds, which are distributed in the epithelium, tongue, epiglottis, throat and larynx. Each taste bud consists of a community of 100 cells that process and integrate taste information with metabolic needs.

What is taste perception?

It is the ability to perceive different flavors through the tongue . In humans, the taste system is made up of taste cells in the mouth (which detect all five taste modalities: salty, sweet, bitter, sour, and umami), various cranial nerves, and the gustatory cortex.

Taste is one of the five traditional senses that belongs to the gustatory system. It is the sensation produced when a substance in the mouth chemically reacts with taste receptor cells located on the taste buds in the oral cavity, mainly on the tongue. Taste, along with smell (smell) and stimulation of the trigeminal nerve (which records texture, pain, and temperature), determines the flavors of food or other substances.

Humans have taste receptors on the taste buds and other areas including the upper surface of the tongue and the epiglottis. The gustatory cortex is responsible for the perception of taste.

The tongue is covered with thousands of small bumps called papillae, which are visible to the naked eye, inside each papilla there are hundreds of taste buds, the exception to this is the thread-like papillae that do not contain taste buds.

The taste buds are able to distinguish between different flavors through the detection of interaction with different molecules or ions. Sweet, salty and sour tastes are triggered by the binding of molecules to G protein-coupled receptors on the cell membranes of the taste buds, salinity and acidity are perceived when hydrogen or alkali metal ions enter the taste buds, respectively.

As taste detects things that are harmful and beneficial, all basic tastes are classified as either aversive or appetitive, depending on the effect the perceived things have on our bodies. Sweet helps identify energy-rich foods, while bitter serves as a warning sign of poisons.

Among humans, taste perception begins to fade around age 50 due to loss of papillae on the tongue and a general decrease in saliva production, they may also have taste distortion through dysgeusia.

How does taste perception work?

Taste begins with sensation in the form of electrical impulses, sensations, however, responses to stimuli such as pressure, light or chemical composition, become perceptions such as touch, vision or taste only when they reach the brain. .

Different stimuli activate different sensory receptors, chemical stimuli activate the chemoreceptors responsible for taste and olfactory perceptions. Because taste and smell are both reactions to the chemical composition of solutions, the two senses are closely related, if you’ve ever had a cold, you know that all the subtlety of the taste is lost without smell.

In some species, the two chemical senses are practically one. Invertebrates like worms do not have distinctions between taste and olfactory receptors, instead differentiating between volatile and non-volatile chemicals.

In humans, the chemoreceptors that detect taste are called taste receptor cells.Around 50 receptor cells, plus basal and supporting cells, make up a taste bud, which are contained in cup-shaped papillae: the little bumps that dot Your tongue. Some papillae help create friction between the tongue and food.

Each taste receptor cell has a slender bump called the taste hair, which reaches the outside environment through an opening called the flavor pore. The molecules mix with saliva, enter the taste pore and interact with the taste hairs, this stimulates the sensation of taste.

Once a stimulus activates the taste impulse, receptor cells synapse with neurons and transmit electrical impulses to the taste area of ​​the cerebral cortex, and the sensations are interpreted by the brain as taste.

When someone asks you how something tastes, your answer could be “good” or “delicious,” but if you really want to be specific, that answer could be broken down in a number of ways: five actually. There are five universally accepted basic flavors that stimulate and are perceived by our palate: sweet, salty, sour, bitter and umami, a Japanese term, translated as delicious. Let’s take a closer look at each of these tastes.

The sweet taste, generally considered a pleasant sensation , is produced by the presence of sugars and some other substances, which are a central source of energy and, therefore, desirable for the human body. It’s no wonder this is a flavor that even appeals to babies.

Also, when used in a combination, the sweet complements well with the other basic flavors. Adding sweetness like a drizzle of sweet balsamic glaze to a traditionally savory vegetable dish like roasted Brussels sprouts would take it to the next level.

The simplest taste receptor in the mouth is the sodium chloride receptor, salt is a necessary component of the human diet and improves the taste of food. Interestingly, when people reduce the amount of salt in their diets, the taste buds can again adjust and adapt to satisfy themselves with less.

As a flavor enhancer, it is necessary to add salt to traditional sweet dishes to amplify the sweet notes. A pinch of salt is essential for most baked dessert recipes, even if it is not listed in the ingredients, sprinkling a few flakes of sea salt or smoked salt over holiday gingerbread cookies brings out the sweetness from the sugar and enhances the ginger flavor.

Acidity is a flavor that detects acidity, these taste buds detect hydrogen ions from organic acids found in food. The sensation is common in citrus fruits like lemons and oranges, as well as tamarind and some green leafy vegetables. The sour taste can also be obtained from foods through fermentation, such as yogurt, or by adding vinegar.

Many salad dressings contain vinegar as a key ingredient, which is a perfect way to add sour notes, you could also try adding lemon or orange zest to vinegar or even cream-based dressings or just grate the top of your salad to help. to boost this palatable taste sensation.

Bitter taste is the most sensitive of the five flavors, a large number of bitter compounds are known to be toxic, so bitter is perceived by many. Hundreds of substances, found mainly in plants, taste bitter, however a little bit of bitterness can make food more interesting and loved, like the hop flavor in beer. In addition, there are cases where a little bit of bitter can be healthy, antioxidants, which help in metabolism, explain the bitter taste of dark chocolate and coffee.

Dark chocolate chips on top of your favorite holiday dessert could be a great addition to creating a fun sour-tasting feast.

Umami is an appetizing flavor, sometimes described as salty or meaty, it is the most recently identified and accepted of the basic tastes. In the early part of the 20th century, a Japanese chemist named Kikunae Ikeda tried to identify this flavor common to asparagus, tomatoes, cheese and meat but none of the four known flavors could adequately describe it, what he identified was the presence of glutamic acid, which renamed as “umami”, in Japanese as “good taste”.

Although one of the main flavors of Eastern cuisine imparted by soy sauce and monosodium glutamate (MSG), it was not accepted as a staple in the West until 1985.

What are the factors that influence taste perception?

There are many factors that can alter taste perception, from the age of an individual to the temperature of the food . These variables are extremely important for professionals in the food and beverage industry to consider when evaluating and developing new products, because they will help ensure accurate sensory evaluation results and the development of the products that consumers want, how people perceive. the taste makes the difference.

Wondering why your food tastes different sometimes? In other words, how you taste today could be different tomorrow, consider these factors to help ensure accurate tabletop and sensory tasting results.

Taste discrimination tends to decrease with increasing age, around the age of 50 the taste buds begin to degenerate. The loss of flavor becomes apparent in the late 55s, with acid less affected than the other flavors. In the elderly, the taste thresholds for sweet, salt, and bitter are 2.5 times higher than in the young. For example, in your 20s or 30s, you use one teaspoon of sugar in your coffee, and at 75 you may need three teaspoons of sugar to get the same perceived sweetness.

Sensitivity is reduced between one and four hours after a meal, depending on the meal included. A spicy / hot meal like enchiladas will have a greater effect than a bland meal like oatmeal and milk.

Hunger affects the taste of food by making hungry people more sensitive to sweetness and salinity, this makes hunger the downfall of many dieters as they look for sweet or salty foods, which they may not be the healthiest options. The perception of bitter, however, is not affected by hunger.

When smoking a cigar, the smoker places the taste buds in contact with chemical compounds that greatly diminish the ability of the taste buds to register salty, sweet, sour and bitter flavors.

Children and adolescents who are obese have less sensitive taste buds, which means that for obese children, sweet foods taste less intensely sweet, bitter foods are milder, and salt is not so easily perceived.

During pregnancy, nearly two-thirds of women experience taste changes, pregnant women have been found to have reduced sensitivity to salty flavors, which may be the body’s way of ensuring increased salt intake during pregnancy .

People with cancer and anorexia have reduced taste sensitivity as a result of their compromised physical condition, cancer patients have reported that taste changes return to normal after treatment is completed.

Adapting to taste reduces sensory acuity, preventing you from detecting differences between stimuli, the order in which you taste the samples during a sensory test is important. Savoring a strong sample, then a weak one results in adaptation, the opposite order, first weak and then strong, should not affect taste sensitivity, with short waits between samples (three minutes or so), most of the effects of the adaptation should dissipate. There are almost no problems when two stimuli have different flavor qualities.

Taste buds can only detect flavors that dissolve in a liquid, you can’t taste a dry substance with a dry tongue. Water is the best medium for sensitivity testing, taste thresholds are lower in water than in tomato juice.