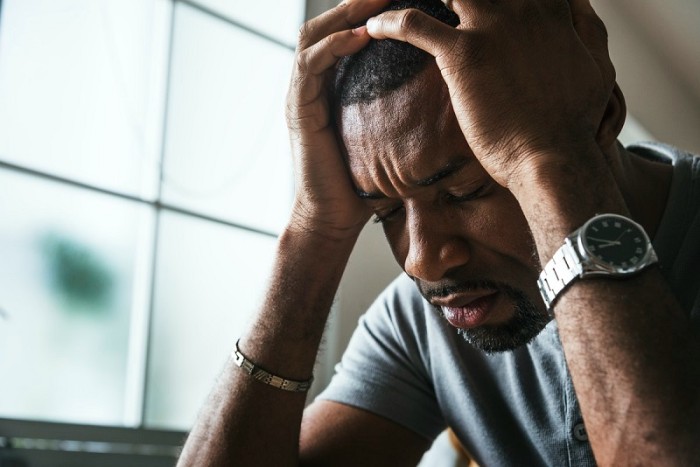 Analytical psychology or Jungian psychology is the term that Jung gave to his particular form of psychotherapy, Jung’s views evolved over many years, so it is challenging to offer a summary of them; furthermore, the practice of Jungian analysts is based on a century of thought and development in the field of psychotherapy and analysis. However, this short sketch outlines the roots and trunk of analytic psychology as it is practiced.

What is Jungian psychology?

It is a school of psychotherapy that originated from the ideas of Carl Jung, a Swiss psychiatrist who emphasized the importance of the individual psyche and the personal search for the whole; he believed that religious expression manifested itself from the longing of the mind of A balanced state of consciousness and unconsciousness simultaneously, Jung spent many years studying and practicing with Sigmund Freud. Still, this specific theory led them to separate because Jung assumed that all people shared the collective unconscious.

The basis of this theory was based on specific archetypes and patterns that dictate how people process psychic images. Throughout history and all cultures, mythology and the study of dreams have maintained a common thread; Jung believed that each person strives for integrity by achieving harmony within consciousness and unconsciousness. This can be achieved through a sleep study.

Essential concepts in Jung’s system are individuation, symbols, the personal unconscious, the collective unconscious, archetypes, complexes, the person, the shadow, the anima and animus, and the self.

As mentioned above, an essential aspect of Jung’s psychotherapy is understanding the relationship between the individual and his psyche by bringing elements of it into consciousness; he stated that the unconscious expresses itself through archetypes: innate projections that are cross-cultural and Universally recognized and understood, these organize how human beings experience certain things and are evidenced through symbols found in our dreams, religion, art, etc.

Throughout life, these archetypal expectations of the inner world are expected to collide with other world experiences; this can lead to internal conflict through the inevitable defenses of the ego. Jung recognized that the ego must free itself from these disturbances or “complexes” for people to lead whole and meaningful lives, in which their energy can be used more productively in the service of life.

Although he believed that there was no limit to the number of archetypes that could exist, he identified the four most important in all humans.

Unlike our inner self, Jung pointed out that each of us has a personality, an identity that we wish to project onto others, he used the Latin term, which can refer to the nature of a person as the mask of an actor, intentionally, since it can be built from archetypes in the collective unconscious, or it can be influenced by ideas of social roles in society.

The person refers to how we present ourselves to the outside world; it is not our natural being and instead tends to be the good impression that we want to convey to others. Alternatively, it may be a false impression – a version of ourselves that we use to manipulate people’s opinions and behaviors. We often confuse our person with our true self, but the self-realization and awareness promoted in Jungian therapy help us separate the two; the person becomes a distant part of the collective unconscious.

It is an archetype consisting of sex and the instincts of life; the shadow exists as part of the unconscious mind and is composed of repressed ideas, weaknesses, desires, instincts, and deficiencies; it is formed from our attempts to adapt to the rules and cultural expectations. This archetype contains all the unacceptable things for society and one’s morals and personal values; it can include things like envy, greed, prejudice, hatred, and aggression.

This archetype is described as the darker side of the psyche, representing the wild, chaos, and the unknown. Jung believes that these latent dispositions are present in all of us, although sometimes people deny this element of their psyche and instead project it onto others; he suggested that the shadow can appear in dreams or visions and can take a variety of forms; it can occur as a snake, monster, demon, dragon or other dark, wild or exotic figure.

These are the second most frequent archetypes; while the anima represents the “feminine” qualities of the male psyche, the animus represents women’s “masculine” qualities. Jung’s analysis assumes that all men have female components in their minds and vice versa; these archetypes are also believed to represent our true selves, the path to our souls, and the source of all our creativity.

It has always been considered a given for these archetypes to be suppressed in the western world. For example, men have been socially conditioned to curb any sign of femininity, while women have been led to believe that masculine qualities are unattractive; this can lead to internal conflicts, limiting our potential. Jung’s therapy tries to help people accept their anima/animus, uniting their unconscious and conscious, to help them feel whole.

It is an archetype that represents an individual’s unified unconsciousness and consciousness. The creation of the self occurs through a process known as individuation, in which the various aspects of the personality are integrated.

The self archetype represents the unified psyche as a whole; Jung suggested that there were two different personality centers, the ego constitutes the center of consciousness, but it is the self that is at the center of the personality, and this encompasses not only the consciousness but also the ego and the unconscious mind, you can think about this by imagining a circle with a point right in the center. The whole process forms the self, where the small dot in the middle represents the ego.

For Jung, the ultimate goal was for a person to achieve a sense of cohesion, similar in many ways to Maslow’s concept of self-realization.

Jung suggested that the number of existing archetypes was not static or fixed. Instead, many different archetypes can overlap or combine at any given time. The following are just a few of the various archetypes Jung described:

Also known as extroversion, it is the state of primarily obtaining gratification from outside of oneself. Extraverts tend to enjoy human interactions and to be enthusiastic, communicative, and assertive; they are energized and thrive when being around other people; they enjoy activities that involve large social gatherings, such as parties, community activities, public demonstrations, and business or political groups and they tend to work well in groups.

An outgoing person is likely to enjoy time spent with people and find fewer rewards in alone time. They tend to be energized when they are around other people, and they are more prone to boredom when they are alone.

It is the state of being predominantly interested in one’s mental being; introverts are usually perceived as more reserved or reflective. Some famous psychologists have characterized introverts as people whose energy tends to expand through reflection and decrease during the interaction; this is similar to Jung’s point of view. Although he focused on mental energy rather than physical energy, few modern conceptions distinguish it.

Introverts indulge in solitary activities such as reading, writing, computers, hiking, or fishing. The archetypal artist, writer, sculptor, scientist, engineer, composer, and inventor are all highly introverted; an introvert is likely to enjoy spending time alone and find fewer rewards in time spent with large groups of people, although they may enjoy interactions with close friends.

Confidence is usually an important issue: an essential virtue for introverts is to choose a worthy partner, they prefer to focus on only one activity at a time, and they like to observe situations before they participate, especially those observed in children and adolescents. Developing. They are more analytical before speaking and easily overwhelmed by overstimulation from social gatherings and engagement; some have defined even introversion as a preference for a quiet and less stimulating external environment.

According to Jung, the psyche is an apparatus for adaptation and orientation and consists of different psychic functions. Among them, it distinguishes four basic functions:

Individuation:  It is a process of analytical psychology through which an individual develops into what he should be; people with emotional difficulties feel that they live fragmented and disconnected lives full of varying degrees of emotional experiences. Forward progress is affected due to internal conflict and self-sabotage derived from the segregation of different selves within a person.

Individuation involves integrating all of a person’s positive and negative past experiences to live a healthy, productive, and emotionally stable life, allowing a person to become uniquely and essentially individual from other human beings and the collective unconscious. The individuation process occurs through various methods, including dream interpretation and active imagination, and gives birth to a mature, holistically healthy, and harmonious individual.

“Logos” in Jungian Theories: He also used the term logos in his philosophical theories; the logos, according to Jung, represent facts or reasons often referred to as the contrast between the conscious versus the unconscious as logos versus mythos. Furthermore, he believed it to be the male version of rationality, where the female counterpart, eros, represented psychic availability or emotion.

In the Jungian sense, Complexes are thematic organizations in the unconscious mind that center around patterns of memories, emotions, perceptions, and desires formed by experience and by an individual’s reactions to that experience. Unlike Freud, Jung believed that complexes could be very diverse, rather than individuals simply having a central sexual complex.

Complexes behave entirely automatically, which can make a person feel that the behavior that arises from them is out of their control. People who are mentally ill or mistakenly labeled “possessed” have complexes that regularly and remarkably take over.

The collective unconscious heavily influences complexes and, as such, tends to have archetypal elements. In a healthy individual, complexes are rarely a problem, and in fact, they are probably key to balancing the one-sided views of the ego so that development can occur. However, if the person is mentally ill and unable to regulate himself (as seen in those who experience dissociation between these states), the complexes can become more of a problem.

In these cases, the ego is damaged and therefore not strong enough to use the complexes through sound reflection, giving them a whole and wild life of their own. In treating such people, Jung looked more to future development than simply dealing with their pasts, tried to find what the symptoms meant and hoped to achieve, and worked with them from that angle.