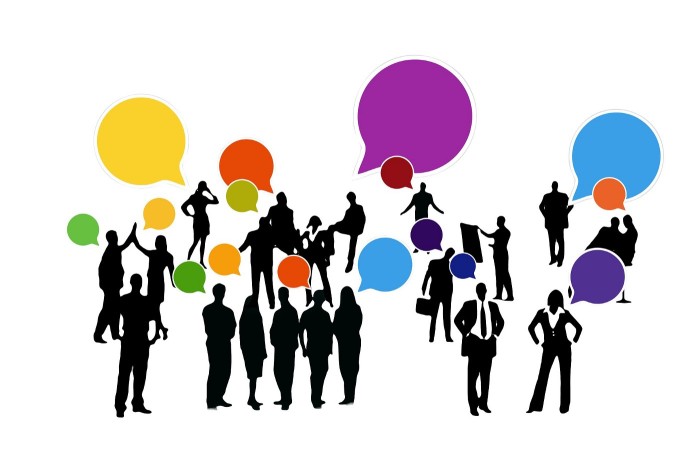 The perception social relates to the way people think and give meaning to other people: how they form impressions, draw conclusions and try to explain the behavior of others, sometimes called social cognition or the study of “naive psychology », This type of perception focuses on the factors that influence the ways in which people understand other people and how people process, organize and remember information about others.

What is social perception?

It is the study of how people form impressions and make inferences about other people as sovereign personalities, where they learn about the feelings and emotions of others by collecting the information they gather from physical appearance, verbal and non-verbal communication. Facial expressions, tone of voice, hand gestures, and body position or movement are just a few examples of ways that people communicate without words.

There are four main components: observation, attribution, integration, and confirmation.

Observations serve as raw data of social perception, an interaction of three sources: people, situations and behavior, these sources are used as evidence to support a person’s impression or inference about others, in order to gather supporting evidence an initial impression.

Although society tries to train people not to judge others for their physical traits, as social perceivers, we cannot help being influenced by hair, skin color, height, weight, style of clothing, tone of voice, etc., making a first impression.

People have a tendency to judge others by associating certain facial features with specific personality types . For example, studies indicate that people are perceived as stronger, more assertive, and competent if they have small eyes, low eyebrows, an angled chin, wrinkled skin, and a small forehead. Whereas baby-faced people tend to be connected to helplessness and harmlessness.

People are able to easily predict the sequences or outcomes of an event based on the scope and depth of their past experiences with a similar event. The ability to anticipate the outcomes of a situation is also highly influenced by an individual’s cultural background, as this inevitably shapes the types of experiences.

Situational observations lead humans to have pre-established notions about certain events or to explain the causes of human behaviors.

It is to express the personality of an individual as the source or cause of their behavior during an event or situation, to fully understand the impact of personal or situational attributions, social perceivers must integrate all available information into a unified impression.

To finally confirm these impressions, people try to understand, find, and create information in the form of various biases, most importantly that social perception is determined by an individual’s motivations , emotions, and cognitive carrying capacity. L

With the observations drawn from people, situations and behaviors, the next step is to make inferences to identify the internal dispositions of an individual.

Psychological research on attribution began with the work of Fritz Heider in 1958, and was subsequently developed by others such as Harold Kelley and Bernard Weiner. People make attributions to understand the world around them in order to look for reasons for the particular behavior of an individual, they can make judgments about what was the cause or causes of a certain behavior.

Unless instant judgment is made by observing people, situations, or behaviors, people integrate dispositions to form impressions.

Norman H. Anderson, an American social psychologist, developed the theory of information integration in 1981, which states that impressions are made from the personal dispositions of the perceiver and a weighted average of the characteristics of the target individual.

The differences between the perceivers are due to the fact that people use themselves as a standard or frame of reference when judging or evaluating others, they tend to see that their own abilities and traits are favorable for others to have them as well, these Impressions formed on others can be influenced by the current and temporary mood of the perceiver.

A concept called, priming also affects a perceiver’s impressions of others, priming is the tendency for newly perceived or implemented concepts or words to become easy and influence the understanding of new information.

Trait information also affects people’s impressions of others, and the psychologist Solomon Asch was the first to discover that the existence of a trait tends to indicate the existence of other traits, he affirmed that there are central traits that are those that exert a strong effect on the general impressions of the perceiver. Research shows that there is a tendency for information presented at the beginning of a sequence to have a greater effect on impressions than information presented later, a concept called the primacy effect.

Similarly, in a small group, the leader’s accurate perception of his co-workers increases effectiveness, society gives greater acceptance to those who make accurate and effective perceptions of individuals in society and their behavior.

If a person makes a wrong perception of people, society does not like it. Social perception comes from the study of social and interpersonal behavior and is linked to effective social behavior.

Competence in interpersonal behavior helps to participate more effectively in group activity and discussion, when precisely perceived qualities of group members are relevant to activities only accurate social perception leads to an increase in interpersonal relationship , competition and group efficiency.

If the perception, for example, of a mental patient is not accurately made by the psychiatrist, then the diagnosis and treatment become incorrect. But in a hospital, the doctor’s perception that a mixer is unhappy and wants to leave the job is not relevant to the operation of the hospital.

The role of need, value and past experience also cannot be underestimated in social perception, feelings of gratitude are influenced by one’s perception. ‘X’ bound by ‘Y’ always perceives ‘Y’ as a better person compared to someone else who has not forced him. Furthermore, the perception becomes more positive when it perceives the favor and the obligation to be intentional than incidentally or unintentionally.

The state of the person also influences the perception and judgment of older children. Generally, a high status person is perceived and credited with having good intentions in everything they do, rather than a low status person.

When someone is perceived to do something good to him to obtain no favor, but spontaneously and out of affection or generously, it is perceived as very acceptable and is showered with compliments, whether a person’s action is deliberate or accidental is determined by the knowledge of the person’s ability.

Justifiability is another factor that affects social perception, it depends on the degree to which this action is on an appropriate ground, if the action violates ethical norms or deviates from social norms, customs and traditions, it does not stand on ground. appropriate and is therefore forced to perform a negative act due to certain compulsions beyond his control.

– A gender stereotype that has been observed in all cultures is that of women who are more patient, sensitive, affectionate, affectionate or helpful.

– Associating a particular race with certain behavioral traits or categorizing people based on their nationalities: Americans so smart, Italians so creative, Germans so punctual, or Japanese so educated, and so on.

– Religious diversity in the world is also a solid base to develop firm social perceptions, it is not necessarily a prejudice, but even the concept of groups, or the preferential treatment of people of certain religious origins, is another good example.

– Anxious or shy people often think that others are talking about them, or criticizing them, when in reality that may not be the truth.

– It is a common belief of many that beautiful people are good (or kind and friendly), this is known as the Halo effect.

– We also have many personal memories that can fit well as examples of social perception, we might have misjudged our favorite school teacher initially for being a ‘bad person’, just because she insisted on discipline.

A smile serves as an important factor in determining social perception , many times. At any social gathering, people tend to approach others who are smiling, these smiling faces probably seem more open to a newcomer trying to break into the group.

Our attitudes, judgments, and opinions connect cognition, emotion, and action. So as we experience it every day, our attitude translates into our actions and behavior, that being said it seems that admirers of optimism and positive thinking , or followers of the ‘law of attraction’, should definitely be masters at challenging. the rules of social perception. Hopefully, this impression does not count as an example of social perception.