Skip to content
PsychoTreat > Psychology > Unconscious Mind: What It Is, History, How It Works And Dreams. 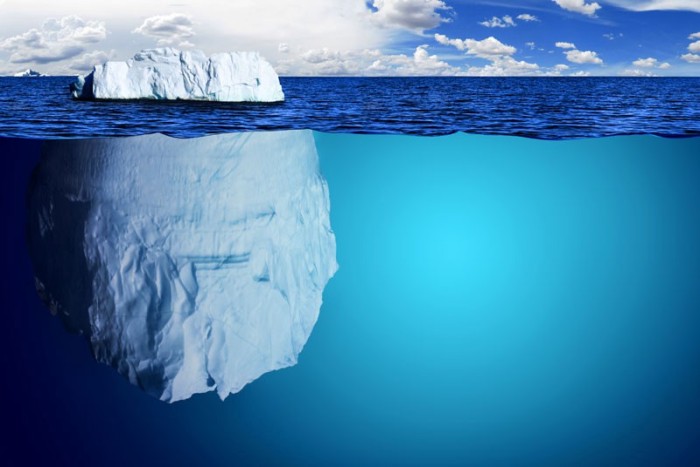 The unconscious mind could be defined as that part of the mind that gives rise to a collection of mental phenomena that manifest in the mind of a person but of which the person is not aware at the time of their occurrence, these phenomena include feelings unconscious, unconscious or automatic abilities, inadvertent perceptions, unconscious thoughts, unconscious habits and automatic reactions, complexes, phobias and hidden desires.

The unconscious mind can be seen as the source of night dreams and automatic thoughts (those that appear without apparent cause). It can be seen as the repository of memories that have been forgotten but can nonetheless be accessible to consciousness at some later time. It can be seen as the place of implicit knowledge, that is, all the things that we have learned so well that we do them without thinking. A familiar example of the workings of the unconscious is the phenomenon in which one thinks of some problem, cannot find a solution, but wakes up one morning with a new idea that unlocks the problem.

Observers throughout history have argued that there are influences on consciousness from other parts of the mind. These observers differ in their use of related terms, including: unconsciousness as a personal habit; be unconscious and intuitive. Terms related to semi-consciousness include: awakening, implicit memory , subconscious, subliminal messages, trance, hypnagogy, and hypnosis, although sleep, delirium, and coma may indicate the presence of unconscious processes. Science is in its infancy to explore the limits of consciousness.

History of the unconscious mind

The idea of ​​an unconscious mind originated in ancient times and has been explored in all cultures. It was recorded between 2500 and 600 BC in the Hindu texts known as the Vedas, found today in Ayurvedic medicine. In the Vedic worldview, consciousness is the basis of physiology and pure consciousness is “a completely unified, silent, abstract field of consciousness” within an architecture of increasingly abstract and functionally integrated faculties or levels of mind.

Paracelsus is credited with the first scientific mention of the unconscious in his work Von den Krankeiten (1567), and his clinical methodology created a complete system that is considered the beginning of modern scientific psychology. Shakespeare explored and investigated the role of the unconscious in many of his plays, without naming it exactly. Western philosophers such as Spinoza, Leibniz, Schopenhauer, Kierkegaard and Nietzsche developed a western view of the mind that foreshadowed those of Freud, Schopenhauer was also influenced by his reading of the Vedas.

Articulating the idea of ​​something unaware or actively denied consciousness with the symbolic constructs of language has been a process of human thought and interpersonal influence for millennia.

The resulting state of the unconscious mind can be seen as a social construct: that the unconscious exists because people agree to behave as if it exists. Symbolic interactionism goes further and maintains that people’s selves (conscious and unconscious) are determined and creative, yet they are social products.

How does the unconscious mind work?

The subconscious mind plays a very important role in affecting your behavior, shaping your personality, and your entire life. Many people do not have an idea of ​​how the subconscious mind works or what mechanisms govern its operation, to understand how it works, you must consider it as the part of your mind that contains information that you are not aware of.

For example, the main reason you fear public speaking could be an unconscious belief that you are not attractive and that people will not like your appearance, although you will not realize that belief while speaking in front of the public, yet thus it will affect your performance to a great extent.

The subconscious mind is like a large memory bank that stores your beliefs, memories and life experiences, this information that is stored in your subconscious mind always affects your behavior and actions in different situations.

One of the most interesting facts about the way the subconscious mind works is that it will not only affect your behavior but also affect your perception of events, if in the above case you saw two people smiling while looking at you then you might believe that they were making fun of you. Your subconscious mind follows a rule called “you get what you focus on.”

The subconscious mind can only accept a new belief if it is not in contradiction to an existing belief, this means that it cannot convince itself that it is confident if it only has a belief that indicates otherwise.

How to make the unconscious mind work for you?

Freud and the psychoanalytic unconscious

Probably the most detailed and precise of the various notions of the unconscious mind, and the one that most people will immediately think of upon hearing the term, is that developed by Sigmund Freud and his followers, it is at the heart of psychoanalysis .

Consciousness, in Freud’s topographical view (which was the first of several psychological models of the mind) was a relatively thin perceptual aspect of the mind, while the subconscious was that merely autonomous function of the brain. The unconscious was considered by Freud throughout the evolution of his psychoanalytic theory as a sensitive willpower influenced by human impulse and yet operated far below the perceptual conscious mind. For Freud, the unconscious is more than the entire storehouse of instinctual desires, needs and psychic actions, and on the other hand, thoughts and memories of the past can be removed from immediate consciousness, directing the thoughts and feelings of the individual from the realm of the unconscious. .

Freud divided the mind into the conscious mind or Ego and two parts of the Unconscious: the Id or instincts and the Superego, he used the idea of ​​the unconscious to explain certain types of neurotic behavior. In this theory, the unconscious refers to the part of the mental functioning that the subjects ignore.

For psychoanalysis, the unconscious does not include everything that is not conscious, but only what is actively repressed from conscious thought or what the person is consciously reluctant to know, in a sense, this vision places the self in relation to his unconscious like an adversary, fighting with himself to keep what is unconscious hidden. The therapist is then a mediator who tries to let what has not been said or what cannot be expressed be revealed using the tools of psychoanalysis, the messages that arise from a conflict between conscious and unconscious are probably cryptic. The psychoanalyst presents himself as an expert in interpreting these messages.

For Freud, the unconscious was a repository of socially unacceptable ideas, wishes or desires, traumatic memories and painful emotions that the mechanism of psychological repression gave off. However, the contents do not necessarily have to be only negative, in the psychoanalytic vision, the unconscious is a force that can only be recognized by its effects: it is expressed in the symptom.

Unconscious thoughts are not directly accessible to ordinary introspection, but are supposed to be capable of being ‘tapped’ and ‘interpreted’ by special methods and techniques, such as random association, dream analysis, and verbal slip (commonly known as as a Freudian slip). examined and conducted during psychoanalysis. Freud’s theory of the unconscious was substantially transformed by some of his followers, including Carl Jung and Jacques Lacan.

Dreams regarding the unconscious mind

In terms of the unconscious, the purpose of dreams, as Freud claims, is to fulfill repressed desires through the dreaming process, as they cannot be fulfilled in real life. For example, if someone robbed a store and felt guilty about it, they could dream of a scenario in which their actions were justified and made them blameless. Freud claimed that the wish-fulfilling aspect of the dream can be disguised due to the difficulty of distinguishing between manifest content and latent content. The manifest content consists of the plot of a dream at the surface level and the latent content refers to the hidden or disguised meaning of the events in the plot.

The latent content of the dream is what supports the idea of ​​wish-fulfillment, represents the intimate information in the current problems of the dreamer and childhood conflict.

In response to Freud’s theory of dreams, other psychologists have proposed theories to counter his argument. Theorist Rosalind Cartwright proposed that dreams give people the opportunity to act and solve everyday and emotional problems in a non-real environment without consequences. According to his cognitive problem-solving point of view, there is a great deal of continuity between our waking thinking and the thoughts that exist in dreams. Proponents of this view believe that dreams allow participation in creative thinking and alternative ways of handling situations when it comes to personal problems because dreams are not constrained by logic or realism.

In addition to this, Allan Hobson and his colleagues put forward the activation-synthesis hypothesis which proposes that dreams are simply the side effects of neural activity in the brain that produces beta brain waves during REM sleep associated with wakefulness. According to this hypothesis, neurons periodically fire during sleep at the lower brain levels and thus send random signals to the cortex. The cortex then synthesizes a dream in reaction to these signals to try to understand why the brain sends them, however, the hypothesis does not state that dreams are meaningless, but rather minimizes the role that emotional factors play in determining of Dreams.

Controversies of the notion that the unconscious mind exists

Franz Brentano rejected the concept of the unconscious in his psychology book in 1874 from an empirical point of view, although his rejection largely followed his definitions of consciousness and unconsciousness.

Jean-Paul Sartre offers a critique of Freud’s theory of the unconscious in Being and Nothing, based on the claim that consciousness is essentially self-conscious. Sartre also argues that Freud’s theory of repression is internally flawed. Philosopher Thomas Baldwin argues that Sartre’s argument is based on a misunderstanding of Freud.

John Searle has offered a critique of the Freudian unconscious, argues that Freudian cases of superficial and consciously retained mental states would be better characterized as ‘repressed consciousness’, while the idea of ​​more deeply unconscious states of mind is more problematic, he argues that the same notion of a collection of “thoughts” that exists in a privileged region of the mind so that they are never initially accessible to consciousness, is incoherent. This does not imply that there are no “unconscious” processes that form the basis of much of conscious life.

Rather, Searle simply asserts that postulating the existence of something that is like a “thought” in every way except that no one can be aware of it is an incoherent concept. Processes that are not coincidentally related to the phenomenon called thinking are more appropriately called non-conscious brain processes.

In modern cognitive psychology , many researchers have tried to strip the notion of the unconscious of its Freudian heritage, and alternative terms such as “implicit” or “automatic” have come into play. These traditions emphasize the degree to which cognitive processing occurs outside the range of cognitive awareness, and show that things we do not know can nevertheless influence other cognitive processes in addition to behavior. Active research traditions related to the unconscious include implicit memory and the unconscious acquisition of knowledge.