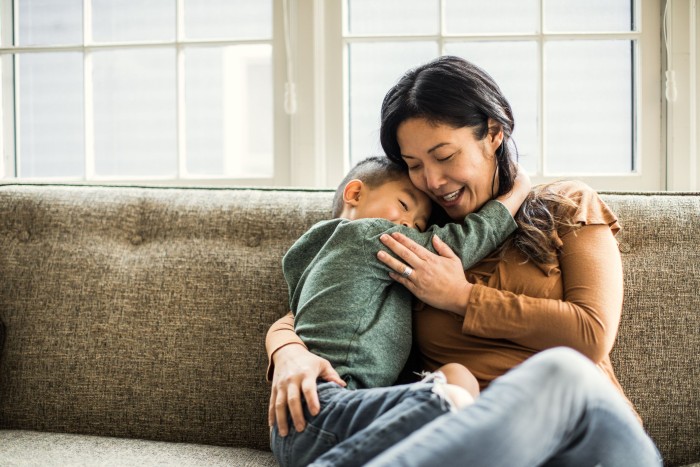 The Oedipus Complex is a central concept of the psychoanalytic theory (psychosexual stages of development) of Sigmund Freud where it is defined as the unconscious desire or complex aggregate of childhood emotions and feelings characterized by the simultaneous and ambivalent presence of loving desires and hostile towards parents.

According to this theory, the boy wishes to possess his mother and replace his father, since he sees him as a rival in the competition for the mother’s affection, on the contrary, girls at this age can say that they plan to marry their mother. parents when they are older. This desire is maintained in the unconscious through repression, exerting a strong influence on the child’s behavior and child development.

Sigmund Freud first proposed the concept of the Oedipus complex in his 1899 book “The Interpretation of Dreams,” although he did not formally begin use of the term until 1910.

This complex originates in response to the mother’s seduction through her unconscious and unintentionally sensual care, but actions such as bathing, cleaning or caressing the baby erogenous the child’s body and allows the birth of the drives.

Freud’s theory highlights the psychosexual development of children in four main stages according to the object with which the sexual drive is satisfied:

The period of manifestation coincides with the phallic (pregenital) phase of libido development, approximately between 3 and 6 years of age and ends with the entry into the latency period. The complex is revived at puberty and this reappearance would in turn decline with identification with the same-sex parent, which ultimately leads to the development of a mature sexual identity.

History of the Oedipus Complex

The concept was developed by Sigmund Freud, inspired by the myth of Oedipus from classical Greek mythology, Oedipus, son of Laius and Jocasta. Laius, to avoid the fulfillment of the destiny that the oracle has announced to him (assassinated by his own son), gives a newborn Oedipus to a servant to be abandoned on a hill in Citerón.

Disobeying the king, the servant hands him over to a shepherd, who picks him up and finally delivers him to the king of Corinth, Polibo and his wife Merope, who adopt him, give him a name (Oedipus) and raise him as if he were their own son. . However, the young man, hearing rumors that the king and queen are not his parents, consults the oracle of Delphi, who reveals that his destiny will be to kill his own father and that he will marry his mother.

Believing that his parents were the ones who raised him, he decides never to return to Corinth to escape his destiny. A journey begins and, on the way to Thebes, Oedipus meets Laius, who was traveling to Delphi, at a crossroads. The herald of Laius, demanded that Oedipus give way to him, but before his delay, he kills one of his horses.

An angry Oedipus kills the herald and Laius without knowing that he was the king of Thebes, and his own father. This is how Oedipus becomes Laius’s murderer and marries Jocasta to later discover the disastrous truth that they are his parents.

When Yocasta discovers that her current spouse is her son commits suicide, Oedipus, unable to bear the horror that parricide and incest cause him, gouges out his eyes and, in humiliation, leaves the city to wander like a beggar all over Greece.

Importance of the Oedipus Complex for  Psychoanalysis

The Oedipus complex is considered the cornerstone of Freud’s theory of the psychosexual stages of development, being a fundamental concept of psychoanalysis and its current derivatives (foundation of theory and explanatory construction in the clinic).

In “Three Essays on the Theory of Sexuality,” Sigmund asserts that the incestuous fantasy of expelling and replacing the rival parent is recurrent in children, but these ideas arouse intense guilt and fear of punishment.

I invite you to read:  How Psychoanalysis Was Born And The Curious Case of Anna O

Stages of the Oedipus Complex

Carl G. Jung developed the “Electra Complex” describing it as the unconscious sexual attraction that a girl feels towards her father, so Freud never accepted Jung’s idea because it contrasted with the theories that he had been developing in two main lines:

In this theory this is a phenomenon that appears in the development of all human beings, not meaning that it has the same evolution in both sexes: for Freud the female Oedipus complex is not symmetrical to that of the child.

For Freud, both masculinity and femininity were independent of the gender of the person, that is, both were subjective positions or ways that individuals have of relating to others, the environment that surrounds them and with themselves.

During the phallic stage, the child develops infantile sexual theories, the notion that both boys and girls have penises, as a consequence of explorations of their own body and maternal seduction.

In this state the penis takes the status of phallus (symbolic object of power and law). The child, being a phallic object for his mother, wants to take her as a couple but meets his father, who already has her.

His interest lies in the hope that, thanks to his having a penis, he will be able to access the incestuous object in the future.

He wants to be everything to her. The child thus enters into a conflict with the father: to put him aside, to get him out of the love triangle.

The child experiences castration anxiety or the fear of castration, both literal and figurative. As the boy realizes the physical differences between men and women, the threat becomes real and he assumes that the female penis has been withdrawn and that his father can also castrate him as punishment for his behavior and pretenses regarding his mother.

The only way that he can solve this complex is by giving up taking his mother as a partner and resigning himself to fantasy as the only form of sexual satisfaction that he has left, but the satisfaction he seeks now is no longer the same as before; this disappointment also leads him to the burial of the Oedipus complex.

The complex is not resolved but remains buried in the unconscious, as a consequence the child unconsciously links the feminine with a lost penis, and the masculine with the possibility of losing the penis.

In addition to this, the child stops trying to get rid of his father to wish to be like him. This is then known as an Oedipus complex scar, where the mother remains the first seductress.

Another part of his sexuality is sublimated in different activities; the child enters the latency stage and is dedicated to exploring and learning about the environment in which he lives.

The girl, in the phallic stage, takes her clitoris as a phallus and an object of satisfaction. In his unconscious he holds the theory that both men and women have penises.

The mother occupies the place of the first seductress by occupying an active and masculine place, in addition to seducing her daughter makes her believe that she has a penis, for which the girl fantasizes that in the future she will also have one that will allow her to access the incestuous object .

Once focused on the truth that her mother does not have a penis and she will not grow one either, the girl begins to hate her. He blames his mother for his own castration for finding the mother castrated as well.

He then develops penis envy, which is his way of living the Castration Complex and which will subsist in his unconscious from now on, in the face of this there are three possible ways out for the woman from the Castration complex:

The girl now assumes that there is something more than the mother and takes another meaning from the perception of her own castration. That is why he changes his erogenous zone (clitoris for the vagina) and his love object (he stops being his mother and becomes his father).

The girl enters the Oedipus complex, wishing that her father would give her a son, as a substitute for the lost phallus. He will leave this complex by accepting that he will not receive a son from the father and will look for him in other men, it is interesting to note that in the case of the girl there is never a burial of the Oedipus complex.

The personification of the object is replaced by the identification (same sex as its parent), which is reverted to the authority of the father and mother, forming the nucleus of the SUPER SELF (it becomes unconscious and becomes part of the character), which will prohibit incest, and will prevent the object from retaking its endowments.

Libidinal aspirations are sublimated in non-sexual affection, then the latency period begins, this process is described as repression.

The understanding attitude of the parents helps to overcome this complex, the father becomes a model for the child, so he tries to emulate and overcome it, the same happens with the girl and her mother.

As conflicts in other psychosexual stages are not resolved, a fixation remains at that point in child development, therefore, boys who do not fully overcome this conflict are left with a maternal fixation, while girls generate an obsession with the father who later, as adults, these individuals will seek romantic partners who resemble their parent of the opposite sex.