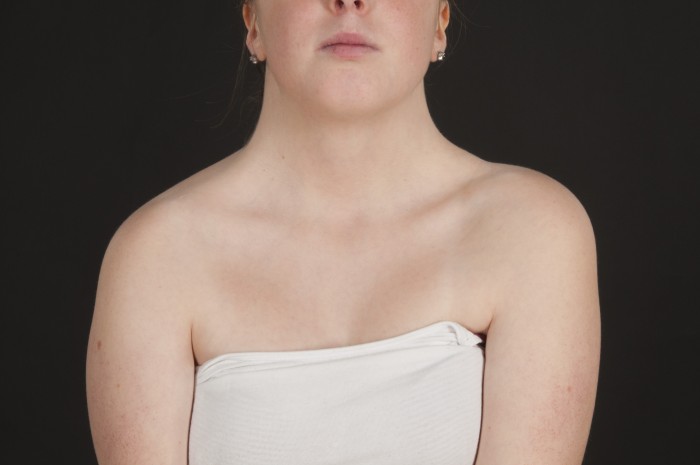 The Turner syndrome occurs in approximately one in every 2000 – 4000 women born alive, is a chromosomal condition that describes girls and women with common characteristics, physical features and medical conditions caused by the complete or partial absence of the second sex chromosome. It was first described in the United States in 1938 by Dr. Henry Turner.

At the basic level, missing genetic material prevents the female body from growing and maturing naturally, Turner syndrome is variable, and each girl and woman will have unique health characteristics and needs. Most have two complete X chromosomes (the sex chromosomes for women). It is caused by the absence of all or part of the second sex chromosome in some or all of the cells of the body, the most consistent characteristics are short stature and lack of ovarian development, however, there are other symptoms and characteristics that can appear in varying degrees, depending on the unique genetic makeup of each person.

What is Turner syndrome?

Also known as 45, X or 45, X0, it is a chromosomal condition that alters development in women and where they tend to be shorter in size than average and generally cannot conceive a child (infertile) due to the absence ovarian function. Other characteristics of this condition that can vary among women who have Turner syndrome include: extra skin on the neck (webbed neck), swelling or swelling (lymphedema) of the hands and feet, skeletal abnormalities, heart defects, and kidney problems.

Turner syndrome occurs when part or all of one of your X chromosomes is missing, people with it can lead healthy lives but generally require constant and constant medical supervision to detect and treat complications. There is no way to prevent it, and the cause of the genetic abnormality is unknown.

Researchers have not yet determined which genes on the X chromosome are responsible for most of the signs and symptoms of Turner syndrome, but they have identified a gene called SHOX that is important for bone growth and development.

Signs and symptoms vary considerably, and can even appear before birth, including lymphedema, which occurs when fluid is not adequately transported around the fetus’s body organs, and excess fluid leaks into the surrounding tissue, resulting in that produces swelling.

Of the following common symptoms, a person can have any combination and is unlikely to have all of the symptoms.

While most physical findings are harmless, significant medical problems can be associated with the syndrome, most of these important conditions can be treated with surgery and medications.

Despite the excellent postnatal prognosis, it is believed that 99% of Turner syndrome conceptions end in miscarriage or fetal death and up to 15% of all miscarriages have the 45, X karyotype. Routine amniocentesis or chorionic villus sampling, one study found that the prevalence among evaluated pregnancies was 5.58 and 13.3 times higher, respectively, than among live newborns in a similar population.

The rate of cardiovascular malformations among patients with Turner syndrome ranges from 17% to 45%. The variations found in the different studies are mainly attributed to variations in the non-invasive methods used for screening and the types of lesions that they can characterize. However, it could simply be attributable to the small number of subjects in most studies.

Different karyotypes can have different rates of cardiovascular malformations. Two studies found a cardiovascular malformation rate of 30% and 38% in a group of 45, X pure monosomy, considering other karyotype groups, reported a prevalence of 24.3% and 11% in people with mosaic X monosomy, and a rate of 11% in people with structural X chromosomal abnormalities.

The higher rate in the 45, X pure monosomy group is primarily due to a difference in the rate of aortic valve abnormalities and coarctation of the aorta, the two most common cardiovascular malformations.

Normal skeletal development is inhibited due to a wide variety of factors, mostly hormonal, the average height of a woman with Turner syndrome, in the absence of hormone treatment, is 4 feet 7 inches (140 cm).

The fourth metacarpal bone (fourth and ring finger) can be unusually short, as can the fifth.

Due to the inadequate production of estrogen, many of those who suffer from Turner syndrome develop osteoporosis, this can further decrease the height and aggravate the curvature of the spine, which can lead to scoliosis, it is also associated with increased risk of bone fractures.

About a third of all women with Turner syndrome have one of three kidney abnormalities:

Some of these conditions can be corrected surgically. Even with these abnormalities, the kidneys of most women with Turner syndrome function normally. However, as noted above, kidney problems can be associated with hypertension.

About a third of all women with Turner syndrome have a thyroid disorder, usually hypothyroidism, specifically Hashimoto’s thyroiditis. If detected, it can be easily treated with thyroid hormone supplements.

Turner syndrome does not usually cause intellectual disability or affect cognition, however learning difficulties are common among women with the syndrome, in particular, a specific difficulty in perceiving spatial relationships, such as non-verbal learning disorder, this It can also manifest as a difficulty with motor control or with mathematics. Although it is not correctable, in most cases it does not cause difficulty in daily life.

Women with Turner syndrome can experience adverse psychosocial outcomes. Research shows a possible association between age at diagnosis and increased substance use and depressive symptoms.

Women with Turner syndrome are almost universally infertile, some women have become pregnant and have had full-term pregnancies, this is very rare and generally limited to those women whose karyotypes are not 45, X, even when such pregnancies do occur, there is a higher than average risk of miscarriage or birth defects, including Turner syndrome or Down syndrome . Some women who cannot conceive without medical intervention can use IVF or other fertility treatments.

When a woman has this disorder, one copy of the X chromosome is absent or significantly altered. Various genetic alterations are possible.

Monosomy: An X chromosome is missing entirely, experts believe this is caused by an error in the father’s sperm or the mother’s egg. Every cell in the offspring’s body has a missing X chromosome.

Mosaic Turner syndrome, also called mosaicism or Turner mosaicism: During the early stages of fetal development, an error in cell division can occur, causing some cells to have two copies of the X chromosome, while others have only one.

The loss or abnormality of the X chromosome occurs spontaneously at conception when the egg is fertilized, the missing or altered X chromosome causes errors during fetal development and in development after birth. Having a child with the disorder does not increase the risk of having other children with the disease.

Some of the medical complications that may need to be considered include:

How can Turner syndrome be diagnosed?

It is most commonly diagnosed during fetal life, in infancy, during the late pre-adolescent period (8-12 years), or in late adolescence / early adulthood. The age of diagnosis has decreased with better awareness in the medical community.

Usually there is something “different” about the girl or woman that prompts the father or doctor to investigate the possibility of this syndrome.

The final diagnosis is made by a blood test, called a karyotype, which examines an individual’s complete set of chromosomes, which determines if one of the X chromosome pairs is missing from the complete chromosome set, or if there are structural differences in the X chromosomes.

Before birth, a diagnosis can be made by a maternal serum examination, taking a sample of amniotic fluid or other fetal tissue to look at the fetal karyotype, or an ultrasound, because ultrasound and maternal serum (blood tests ) are not 100% reliable, genetic karyotype testing is essential after the baby is born in order to make confirmation.

There are a variety of health, developmental, social, and learning problems that can affect girls and women to varying degrees, so it is important to diagnose them as early as possible. Early diagnosis helps doctors determine if the girl or woman has health problems that require treatment or care.

What is the treatment for Turner syndrome?

During childhood and adolescence, girls may be under the care of a pediatric endocrinologist, who is a specialist in the childhood conditions of hormones and metabolism.

The injections of growth hormone are beneficial in some people, as they begin in early childhood and can increase final adult height are within a few inches.

The therapy estrogen replacement usually begins at the time of normal puberty, around 12 years to start developing breasts. Estrogen and progesterone are given a little later to start a monthly “period”, which is necessary to keep the uterus healthy, estrogen is also given to prevent osteoporosis.

Babies born with a heart murmur or narrowing of the aorta may need surgery to correct the problem. A heart expert (cardiologist) will evaluate and follow up on any necessary treatment.

Girls who have Turner syndrome are more likely to get middle ear infections, which can lead to hearing loss and should be evaluated by their pediatrician.

Regular health check-ups are very important, special clinics for the care of girls and women are available in some areas, with access to a variety of specialists, so early preventive care and treatment are very important. Almost all women are infertile, but pregnancy with donor embryos may be possible.

Having the proper medical treatment and support allows a woman with Turner syndrome to lead a normal, healthy, and happy life.