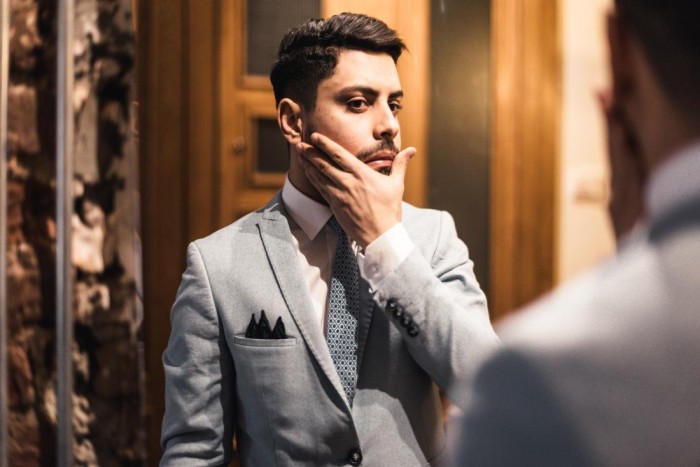 Personality narcissism is a disorder with a long-term pattern of abnormal behavior characterized by exaggerated feelings of self-importance, an excessive need for admiration, and a lack of empathy. Those affected often spend a lot of time thinking about achieving power or success or their appearance and taking advantage of the people around them; the behavior usually begins in early adulthood and occurs in various social situations.

The word “narcissism” is used to describe someone who seems excessively vain or full of himself, but in psychological terms, narcissism does not mean self-love, at least not of a genuine kind; it is more accurate to say that people with the Narcissistic Personality Disorder are in love with an idealized, grandiose image of themselves and are in love with this inflated self-image precisely because it allows them to avoid deep feelings of insecurity, but propping up their delusions of grandeur takes a lot of work, and that’s where attitudes come in. and dysfunctional behaviors.

It involves an arrogant and self-centered pattern of thought and behavior, a lack of empathy and consideration for other people, and an excessive need for admiration. Others describe her as arrogant, manipulative, selfish, condescending, and demanding. This way of thinking and behaving can be seen in all areas of the narcissist’s life: from work and friendships to family and love relationships.

What are the symptoms of narcissistic personality disorder?

It usually appears in early adulthood; people with the disorder may not recognize that they have a problem as it goes against their self-image. You can have this condition if:

If you have ongoing problems with:

If you think you have Narcissistic Personality Disorder, make an appointment with your doctor or mental health professional. They can determine if you have it and suggest treatments to help manage the symptoms.

A narcissistic personality disorder is indicated by five or more of the following symptoms:

50 to 75 percent of the people diagnosed are men. In addition, it is common for many adolescents to display the characteristics listed above; this does not indicate that they will later develop a narcissistic personality disorder.

What are the causes and risk factors for Narcissistic Personality Disorder?

As with most disorders, this type does not have a single definitive cause; on the contrary, people with this disease tend to have biological, psychological, and environmental risk factors that contribute to its development.

Biologically, narcissists tend to have a minor part of the brain related to empathy for others.

Psychologically, people tend to have trouble putting self-images of excessive admiration and devaluation in their minds, and in their relationships, they are believed to be overly emotionally sensitive.

Early psychoanalytic theory of emotional motivations for development focused on the relationship between mothers and children. It was thought that men develop this disorder as a result of having an excessively close relationship with their mother that depends on always doing what she wants, with the consequent paranoid fear of being unhinged by their father and humiliated or abandoned by their mother. Since those early theories, the social risk factors for developing this disorder have expanded to include admiration or excessive abandonment by either parent.

In addition to receiving admiration, excessive praise, or excessive criticism for misbehavior during childhood, theories about other social risk factors include emotional abuse, unpredictable parental care, and manipulation of learning by caregivers.

How is narcissistic personality disorder diagnosed?

The professional will explore whether there are other forms of mental illness, as narcissism is often associated with depression or perfectionism. In addition to demonstrating a pattern of grandiose thoughts or behaviors, a need for admiration, and a lack of empathy, other diagnostic criteria include the patient’s way of such behaviors that spread throughout the person’s life and long-term stable symptoms. Dates that are not better explained by another mental illness, the effects of a substance, or a medical condition.

Treatment consists primarily of talk therapy, also known as psychotherapy; if symptoms occur in conjunction with depression or another mental health condition, appropriate medications can be used to treat the other disorder. However, there are no medications to treat it.

Talk therapy can help you learn how to better relate to others to make your relationships more enjoyable, intimate, and rewarding. Developing positive interactions with other people can significantly improve various areas of your life and can show you how to:

Since personality traits can be challenging to change, it may take several years of therapy before you see improvement. You may start to view therapy as a waste of time and be tempted to quit. However, it is essential to stick with treatment, attend all of your therapy sessions, and take any medications as directed. Over time, you will begin to see a difference in yourself and your relationships with others.

The following lifestyle remedies can help you as you go through therapy.

Avoid alcohol, drugs, and other substances that trigger negative behaviors.

Exercise at least three times a week to improve your mood.

Participate in relaxation techniques, such as yoga and meditation to reduce stress and anxiety.

Recovery takes time; stay motivated by keeping your recovery goals in mind and reminding yourself that you can work to repair damaged relationships and be happier with your life.

Can this type of personality disorder have complications?

A person without treatment is more likely to abuse drugs and alcohol, have depression, relationship problems, difficulties at work or school, and suicidal thoughts or behaviors.

A published study found that men with narcissistic personality disorder have higher cortisol levels in the blood; cortisol is a stress hormone. A person with this disorder may have higher levels even when stress levels are low; high cortisol in the blood is linked to an increased risk of developing cardiovascular problems.

How do you establish healthy social relationships with a narcissist?

Healthy relationships are based on mutual respect and care, but narcissists are not capable of true reciprocity in their relationships; it is not just that they are not willing; They really can’t, they don’t see you, they don’t listen to you, they don’t recognize you as someone who exists outside of their own needs. Because of this, narcissists regularly violate the boundaries of others and do so with an absolute sense of entitlement.

Narcissists have no qualms about borrowing your belongings without asking, snooping through your mail and personal correspondence, eavesdropping on conversations, barging in uninvited, stealing your ideas, and giving you unwanted opinions and advice; they may even tell you what they think and feel. It is essential to recognize these violations for what they are so that you can begin to create healthier boundaries where your needs are respected.

Consider a soft approach. If preserving your relationship with the narcissist is essential to you, you will need to tread lightly; by pointing out his harmful or dysfunctional behavior, you are damaging your self-image of perfection; try to deliver your message calmly, respectfully, and as gently as possible, focus on how you make their behavior felt, rather than their motivations and intentions. If they respond with anger and defensiveness, try to stay calm, walk away if necessary, and return to the conversation later.

Don’t set a limit unless you’re willing to stick with it. You can count on the narcissist to rebel against new boundaries and test your limits, so be prepared, follow up with the specified consequences; if you notice that things are not going as expected or that the narcissist is not doing their part, it is best to keep your distance to avoid problems.

Be prepared for other changes in the relationship. The narcissist will feel threatened and annoyed by their attempts to take control of their life since they are the ones who are used to making the decisions. To compensate, they may escalate their demands on other aspects of the relationship, distance themselves, or try; it’s up to you to stand your ground.

Don’t take things personally. To protect themselves from feelings of inferiority and shame, narcissists must permanently deny their flaws, cruelties, and mistakes. They often do so by projecting their failures onto others; it is very annoying to be blamed for something that is not your fault or to characterize you with negative traits that you do not possess but as tricky as it may be, try not to take it personally because it’s not really about you.

Don’t believe a narcissist’s version of who you are.  They don’t live in reality, including their views of other people, don’t let their game of shame and guilt undermine your self-esteem.

Don’t argue with a narcissist. When attacked, the instinct is to defend yourself and prove the narcissist wrong, but no matter how rational you are or how your argument sounds, you are unlikely to listen. Don’t waste your breath; tell the narcissist that you disagree with their assessment, then move on.

Know yourself. The best defense against the insults and projections of the narcissist is a strong sense of self. Knowing your strengths and weaknesses makes it easier to reject an unfair criticism directed against you.

Let go of the need for approval. It is crucial to distance yourself from the narcissist’s opinion and any desire to please or appease yourself at your expense; you should be okay with knowing the truth about yourself, even if the narcissist sees the situation differently.