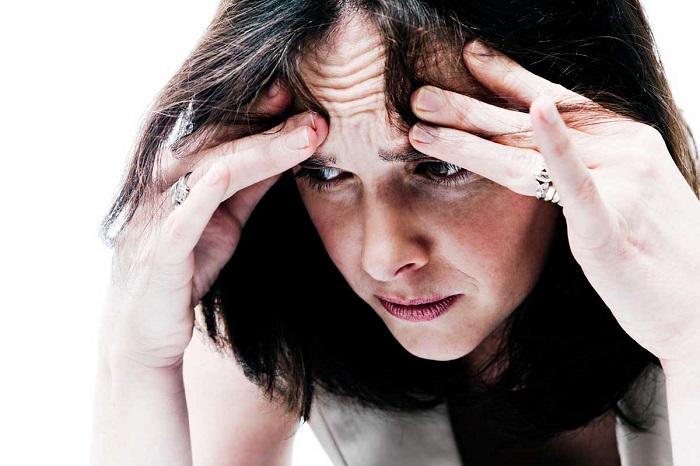 Neurosis, also known as psychoneurosis or neurotic disorder, refers to any of numerous diseases mental or emotional, most of which involve a significant amount of anxiety or fear. Neuroses do not include any physical cause and do not include psychotic symptoms such as delusions or hallucinations.

The term is often associated with psychoanalysis but is no longer used in most psychiatric evaluations. In everyday usage, the term “neurotic” describes a person with any degree of depression or anxiety, feelings of depression, lack of emotions, low self-confidence, and emotional instability.

Neurosis can be very similar to an anxiety disorder, and psychiatrists can diagnose the problem differently based on a person’s symptoms. Generally, it is more often recognized as a personality trait, and someone with more significant issues will be diagnosed with anxiety or some other type of disorder. It is considered one of the five main personality traits psychologists use to determine an individual’s personality.

A neurotic personality is impoverished, and most of the time, it is governed by severe anxiety. The central dynamic factor in neuroses is repression and other essential defense mechanisms such as projection and regression, by which the ego tries to keep all unacceptable impulses out of its region.

Thus, psychoanalysts have firmly held that the main symptoms of neuroses derive from the regression of childhood conflicts. During childhood, when the ego is too weak to judge, tolerate and solve a problem, to save itself from frustration, pain, and anxiety, it tends to repress certain undesirable and annoying impulses.

History and use of the term neurosis

The term neurosis was coined by the Scottish doctor William Cullen in 1769 and derived from the Greek word neuron (nerve) with the suffix -osis (disease or abnormal condition). Cullen used the term to refer to “common sense and movement disorders” caused by a general disorder of the nervous system. For him, various jumpy conditions and symptoms could not be explained physiologically, yet the term was defined by Sigmund Freud and other psychoanalysts more than a century later.

Neurosis was a popular term among Freud and other psychoanalysts. He defined it as manifestations of anxiety that produce unconscious material that is too difficult to think about consciously but has yet to find a means of expression. Therefore, repressed events, disappointments, or traumas manifest later in life as neuroses.

The use of the term has declined in the scientific community. The American DSM-III has wholly eliminated the category of neurosis, replacing it with specific disorders such as obsessive-compulsive disorder; this primarily reflects a decline in the popularity of psychoanalysis and the progressive expungement of psychoanalytic terminology from the DSM.

Types of neurosis or neurotic disorders

Neuroses manifest themselves in a variety of specific ways:

It is a combination of recurrent obsessive thoughts and compulsive behaviors, which constitute a kind of defense against the patient’s fears, this type of neurosis is revealed by having strict rules and the need to repeat patterns.

For example, wash your hands frequently and order items precisely. The patient feels tremendous anxiety if any scheme of his operation is disturbed. This disorder can manifest itself as the need to constantly think and perform actions in mind (for example, count everything seen on the road).

This type of neurosis causes a person who feels ill to constantly look for symptoms of a deadly disease in his body and visit doctors frequently. When it turns out that the physical health of such a person is impeccable, the person affected by this type of hysterical neurosis hardly controls his anger.

The Hypochondria can lead to the onset of chills, paralysis, fainting, or difficulty breathing or seeing; these intense symptoms of neurosis usually reassure the patient, assuring him that he is suffering from a terminal illness. In most cases, the apparent poor health of the affected person is, for her, an excuse to attract the attention of those around her.

If you feel angry and tired, you have to work with a neurasthenic neurosis related to the need to go to work or school. The morning bad mood begins to improve around lunchtime; there are two variations of this type of neurosis: hypersthenic and hypothesis.

In the case of anxiety neurosis, the affected person almost always feels irrational and unfounded fear and tension. A person suffering from this type of neurosis has the impression of being in danger. It is usually accompanied by sweating all over the body and shortness of breath; you should know that most phobias have their origin in anxiety neurosis, for example, fear of heights or arachnophobia.

This type of neurosis affects people who have survived dramatic moments such as a severe accident, an assault, a rape. The patient experiences frequent headaches, dizziness, tremors in the hands and feet, and excessive sweating.

Changes in the brain are associated with trauma that is difficult to control due to damage to the nervous system: recurring fears, worsening headaches, and difficulty concentrating.

Like borderline personality disorder, manifestations of neurosis are also possible; those who suffer from it experience impulsivity, such as reckless driving or substance abuse, feelings of worthlessness, inappropriate anger, an unstable image of themselves, and a series of relationships, suicidal behavior and dissociative symptoms.

Anxiety, for example, is a common symptom of neurosis, but it can also have physical causes. When diagnosing neurosis, it is essential to rule out any possible physical reasons for the signs.

What are the symptoms of neurosis?

Neurosis is an indication of the loss of balance of different personality factors. Symptoms are observed when the ego fails to maintain the balance between the ego and the superego. Therefore, they are the result of a malfunction of the ego.

The different forms of neurosis depend on the other conditions of defense employed by the ego; by developing these symptoms in the form of irrational desires, the ego tries to alleviate anxiety, and the various symptoms are the result of unconscious factors and repressed tendencies, which they can be seen as a regression to pleasant and satisfying childlike behavior.

Regression to the early stages of sexual development is found in almost all neurotics. The sources from which the various neurotic symptoms are formed are various. One of the most common and definitive symptoms of neurosis is anxiety.

Additional symptoms may include:

Neurosis has perhaps been defined as “a poor ability to adapt to one’s environment, an inability to change life patterns, and an inability to develop a richer, more complex, and satisfying personality.”

Neurotic behavior is generally based on faulty emotional habits and attitudes. Neurotic disorders often begin with irrational thoughts rather than physical defects.

Physical factors can also contribute to neurosis in a small number of cases; neurotic patterns can develop if some glands do not function properly, especially the thyroid gland.

The following factors are common in people who have neurotic conditions:

Taking into account the general idea of ​​the neo Freudians about neuroses, the following characteristics are:

This consists mainly of the desire for love and affection of other people. It is pretty standard for an individual to seek affection and yearn for the acceptance of others. Still, some individuals develop attitudes that are called inappropriate because they want to have contact with anyone they meet.

The demand for approval is insatiable.

Neurotic people are never satisfied with the approval or love of others; the more they get, the more they want. If a neurotic avoid some people, he goes to the extreme level of hatred. Therefore, your approval or disapproval is always decisive.

When the wishes and aspirations of a neurotic person are not met, overwhelmed by anxiety, he overreacts to it. Although a normal reaction to frustration is noticeable and therefore welcome, an overreaction signifies a neurotic personality.

The desire for excessive love and affection

But strangely, although the neurotic person expects affection, love, and approval from others, he is not prepared to give the same to others in return; this is due to his egocentricity; although they show love and affection, it is only a means, a pretense to get respect from others. Neurotic people do not have a genuine feelings for others.

In the neurotic personality, there is much-repressed hostility towards people. In other words, neurotic people display an ambivalent attitude, like and dislike, and appreciate and criticize.

Neurotics are vain people who suffer from an inferiority complex; as a reaction and compensatory attitude to their feelings of inferiority, they develop a sense of superiority popularly known as vanity. An insecure neurotic gains a necessary sense of security from a sense of inferiority. However, the excessive drive for vanity impoverishes the personality psychologically.

An unusually critical attitude towards others

Neurotics are always on the verge of blaming, criticizing, and insulting others; they are unnecessarily critical, and their way of blaming others can be considered a form of defense.

The common trend of dissatisfaction

They are not satisfied with anything or anyone in this world, whatever the circumstances.

Tendency to dominate others

There is a significant neurotic tendency to dominate others; those who are the chronic invalids like hysterics have this dominant spirit. With the flight from reality to illness, they try to get the sympathy of others.

Finally, another characteristic of the neurotic person is general inhibition; he does not have any genuine emotion or feeling. Therefore, during puberty, they have a hard time managing themselves. They inhibit and deny the body’s natural growth process, so they usually indulge and try to remain indifferent to the sexual world.

What is the treatment for neurosis?

Although neuroses are the subject of psychoanalysis, psychotherapy, counseling, or other psychiatric techniques, there is still controversy about whether some professionals can make accurate and reliable diagnoses and whether any resulting treatments are appropriate and effective.

Treatment methods like talk therapies may or may not alleviate a patient’s symptoms, but some benefits can certainly be gained through companionship and personal discussion. In psychoanalysis, neuroses are thought to be symptomatic of pain or trauma that is not consciously registered. Many treatments aim to bring this trauma or discomfort to the conscious mind, where it can be fully experienced and treated.

Some types of neuroses, such as dissociative disorders (formerly called “hysteria”), are sometimes treated with hypnosis or drugs to help the patient return to the original traumatic event that caused the neurosis.

Behavioral therapy is often used to treat many kinds of neuroses, phobias, and anxieties; for example, they are considered inappropriate responses learned. As such, these responses can be unlearned through behavior therapy.

Obsessive-compulsive disorder is often treated with medication and behavioral therapy that includes prevention of exposure and response. For example, a patient who obsessively washes his hands out of fear of contamination may be helped to purposely get his hands dirty and refrain from flying for some time. Phobias can be treated by gradual exposure to the feared object. Anxiety disorders are treated with a combination of medications and therapy.