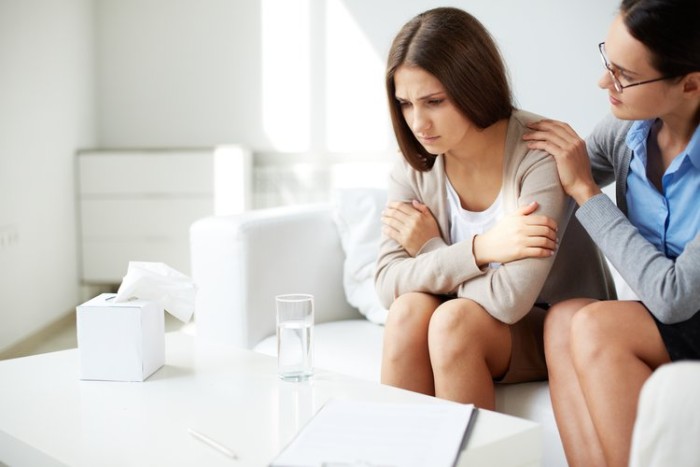 The disorder personality dependent is characterized by a pervasive psychological dependence on other people, it is a long – term condition in which people rely on others to meet their emotional and physical needs, and only a minority achieved normal levels of independence.

Traits of personality are enduring patterns of perception , relationship and thinking about the environment itself and about oneself that are exhibited in a wide range of social and personal contexts. Only when personality traits cause significant functional impairment in a person’s life and / or distress are they considered to have  personality disorders . The essential characteristic of this is a continuous pattern of internal experience and behavior that deviates markedly from the expectations of the individual’s culture and manifests itself in at least two of the following areas: cognition / thinking , affectivity / emotional expression or interpersonal functioning.

What is dependent personality disorder?

It is a personality disorder characterized by a generalized and excessive need to be cared for, it is classified as group C, which is formed by anxious and fearful disorders , others included in this group are the avoidant and obsessive-compulsive personality disorders ; all three show high levels of anxiety .

People with dependent personalities tend to be very clingy and have difficulty performing tasks or making decisions, rely on others to meet their emotional and physical needs, tend to feel inadequate and helpless, and may have problems in their relationships due to their near-constant need. support. People with this problem have low self-confidence, this can make them completely dependent on a partner, even in the case of domestic abuse.

The individual perceives himself as powerless and ineffective and sees other people as more powerful and powerful.

The individual has a desire to obtain and maintain relationships with their caregivers.

The Individual shows a pattern of behavior that reduces the possibility of abandonment and rejection by trying to strengthen interpersonal bonds.

The individual possesses a fear of abandonment, fear of rejection, and anxiety when evaluated by authority figures.

People with this disorder do not trust their own ability to make decisions and feel that others have better ideas, may be devastated by separation and loss, and may go to great lengths, even being abused, to stay in a relationship. they may tend to belittle their abilities and often refer to themselves as “stupid.” To understand these symptoms more thoroughly we find:

An individual with dependent personality disorder will often appear needy, particularly when in the presence of other people. This behavior can be evident in a wide range of ways, but it is particularly clear when the individual needs to make an important decision.

In many cases, the affected person will make a decision that benefits the person on whom they depend more than themselves and depending on the nature of the decision and its importance, this can further intensify the dependence of the individual. Over time, this could lead them to give up all attempts to make decisions, leaving most of the decisions for them.

It’s one thing to feel anxious when someone close to you leaves for a few weeks or months and another thing to feel completely lost in the world just because that person is away for a few days or hours. Struggling to cope with the absence of someone else in such a short period of time can be a symptom of dependent personality disorder.

The affected person may be unable to focus on anything other than the missing person until their return, this could make them less effective in their work, managing personal hygiene or taking care of relationships with friends and family.

Being unable to make firm decisions about major or minor matters is one thing and another is constantly making decisions that harm your own well-being in order to satisfy someone else’s wishes. In many cases of dependent personality disorder, people will put their own interests far behind someone else’s, a position that can lead to serious problems with their mental and physical health.

The person stops attending the events that made them so successful in their career and over time, their disposition fades, to the point where they can no longer meet the basic requirements of their position, putting their own employment in jeopardy. This is an example of someone who may be struggling with dependent personality disorder.

Like most personality disorders, this one will generally decrease in intensity with age, and many people will experience some of the most extreme symptoms by the time they are in their 40s and 50s.

What are the causes of dependent personality disorder?

As with a large number of mental illnesses, experts do not have a clear understanding of the causes, most researchers agree with the theory that the causes are a combination of genetic, biological and social factors, this means that you probably won’t develop the disorder just because you have a genetic predisposition as long as you don’t have biological and social risk factors in your environment. Scientists refer to this three-dimensional causality system as the biopsychosocial model.

Some researchers theorize that overly authoritarian or overprotective parenting may contribute to the development of dependent personality disorder in people with a predisposition to the condition.

How is this type of personality disorder diagnosed?

Typically the types of personality disorder are diagnosed by a trained mental health professional, such as a psychologist or psychiatrist, while family physicians and general practitioners are neither trained nor equipped to perform this type of psychological diagnosis. laboratory, blood or genetic tests that are used to diagnose it.

A mental health professional makes a diagnosis by comparing your symptoms and life history and they will determine if your symptoms meet the necessary criteria for a diagnosis of dependent personality disorder .

How is dependent personality disorder treated?

The psychotherapy is the preferred form of treatment for people with dependent personality disorder, the cognitive behavioral therapy focuses on thought patterns that are maladaptive, beliefs that underlie such thinking and resolving symptoms or traits that are characteristic of the disorder, such as the inability to make important life decisions or the inability to start relationships. Improvements are usually seen only with long-term therapy or treatment.

Medication can be helpful in treating any other underlying condition; certain types of medications, such as antidepressants, sedatives, and tranquilizers are often prescribed to patients with dependent personality disorder to treat co-occurring conditions.

Can dependent personality disorder be prevented?

Although prevention may not be possible, treatment can allow a person who may develop this disorder to learn effective ways to cope with difficult situations.

Unlike those with dependent personality disorder, people with borderline personality disorder experience anger, impulsivity and aggression, they can be reckless and self-harm, seeing the world as black and white, with no middle ground. The two disorders overlap in feelings of loneliness, avoiding responsibility and difficulty in maintaining social relationships.