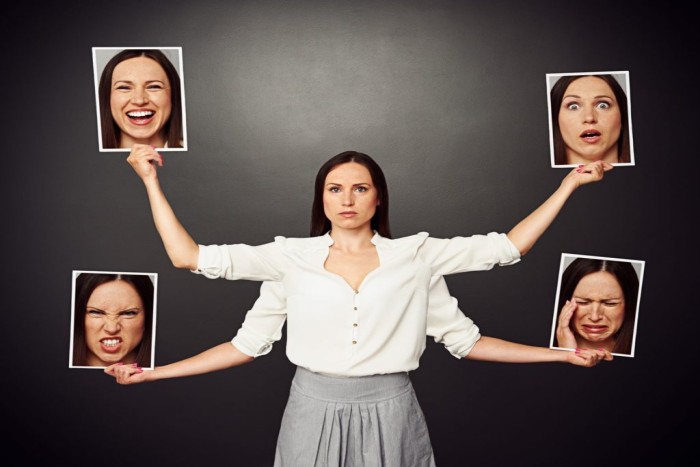 Everyday life is a roller coaster of emotions as you may feel on top of the world one day due to a high profile promotion or an amazing grade on a test and another day you may feel depressed due to relationship issues, financial issues or because you had a flat tire on the way to work. These are normal fluctuations in mood that come and go, when your mood begins to have an impact on your daily activities and your social, educational, and vocational relationships, you may be suffering from  mood disorders .

What are mood disorders?

Also known as an affective disorder, it is a condition that affects mood and related functions, where your mood can range from extremely low (depressed) to extremely high or irritable (manic).

This type of disorder is described as a disturbance in a person’s emotional state and is broadly classified as depressive and bipolar.

A disturbance in the prevailing psychological state of an individual is called a mood disorder. It is characterized by a disturbance in the emotional state of the person and manifests itself in different ways. Mood disorders can include depression, mania, or a combination of these and are classified as depressive, bipolar, and substance-induced. Depressive and bipolar disorders are further classified into certain types of depression, while substance-induced disorders are categorized based on the chemical that causes the condition.

It is characterized by a severe depressed mood, loss of happiness and hope, along with feeling worthless, guilty, empty, and nervous. The individual may experience loss or increase of appetite and problems with concentration, memory and decision making, suicidal tendencies can also be seen, experiencing these symptoms together is called a major depressive episode. A state of depression, which is not combined with feelings of mania, is known as unipolar depression, while in the presence of mania, the condition is called bipolar. These depressive disorders can be classified as follows. Read more about: Major depressive disorder .

In this type, an individual experiences weight gain due to increased appetite, excessive sleepiness, and heaviness in the limbs, becomes hypersensitive to rejection, and experiences a disturbed social life. More information on: Atypical depression.

It is a severe major depressive disorder characterized by impaired motor skills. Those affected by catatonic depression may experience strange body movements or periods of complete immobility.

It is characterized by loss of pleasure in activities of daily living, feelings of guilt, and grief of loss. People with melancholic depression also experience excessive weight loss, and symptoms may be worse in the early hours of the morning.

If symptoms persist for a minimum of two weeks, but do not meet the criteria for depression to be classified as major, the condition is called mild depressive disorder.

Symptoms are similar to those experienced in unipolar depression, although less severe and last longer, include changes in appetite, changes in sleep patterns, fatigue, low self-esteem, and difficulty concentrating.

It is experienced by women after giving birth and symptoms are usually seen within three months of delivery and can last for three months. Full article: Postpartum depression.

The psychotic depression is characterized by delusions and hallucinations . Delusions often correspond to the content of depressing topics.

This, as the name suggests, is characterized by a seasonal pattern, that is, those affected experience symptoms of depression during the winter season. These depressive feelings can be attributed to a lack of exposure to sunlight during winter. Read more about: Seasonal Affective Disorder.

When symptoms are observed but do not fit the diagnostic criteria for a specific disorder, the condition is known as unspecified depressive disorder.

It is a disorder that manifests itself in the form of alternating periods of depression and mania. There are mood swings and an individual’s behavior change between an over-excited state called manic and a hopeless state called depressive. If the symptoms are a mixture of those experienced in manic and depressive states, the state is called mixed.

Bipolar disorder is relatively less common, but it is also said to go undiagnosed. For the most part, it develops in the late teens or early adulthood. In children, it is known as early-onset bipolar disorder, and in children, changes in mood and other symptoms are seen more often than in adults. Learn more about: Bipolar disorder.

It is characterized by a history of manic episodes with or without depressive episodes.

It is characterized by intermittent episodes of mania and depression. Depression can alternate with hypomanic episodes in which the symptoms of mania are milder; that is, they are observable but do not affect one’s performance.

It consists of hypomanic episodes accompanied by milder mood disturbances. No manic or major depressive episodes are seen.

It is when a person shows some symptoms of bipolar disorder, but the condition does not meet the diagnostic criteria for any particular type.

As the name suggests, these disorders are those caused by a chemical or drug that affects the psychological state. Addiction to or withdrawal from a substance can affect mood levels, and people can have manic or depressive episodes.

If consumed in excess, caffeine can lead to anxiety and even panic attacks in some cases.

Nicotine dependence can lead to feelings of depression, and withdrawal also has similar symptoms.

The intoxication of such substances leads to problems with concentration and attention . A reduction in mental function can be seen, withdrawal symptoms include depression and fatigue. Long-term use of stimulants like amphetamine affects the brain, leading to long-term difficulties in concentration and memory.

Mood disorders due to the use of these stimulants and alcohol can show symptoms similar to those of bipolar disorder.

Opioids lead to feelings of euphoria and long-term use leads to depression. Withdrawal of these leads to body aches and agitation, withdrawal symptoms can also include anxiety, depression, and disturbed sleep.

The symptoms are similar to those of alcohol-induced mood disorders. Withdrawal of sedatives causes feelings of anxiety, depression, and sleep disturbances, and in severe cases, hallucinations may be experienced.

People who use them experience delusions and hallucinations, psychotic reactions and depression can also be seen.

What are the symptoms of mood disorders?

Depending on the age and type of mood disorder, a person may have different symptoms, and each of them may vary from person to person.

If you have been experiencing several of these symptoms for a long time, it is best to talk to your doctor.

In mood disorders, these feelings are more intense than what a person might normally feel from time to time, it is also cause for concern if they continue over time or interfere with one’s interest in the family, friends, community or work. Anyone who expresses thoughts of suicide should get medical help immediately. The symptoms may resemble other mental health conditions or problems.

Causes of a mood disorder

Genetics, chronic stress, sensory depression, and other mental problems are believed to be the main reasons people develop problems with mood disorders. Trauma to the brain can also cause a problem with neurotransmitters (i.e. serotonin), which can lead to various mood orders developing. While not everything is known about the brain and how it is affected, a great deal is known about many common and some less common disorders.

Who is at risk for mood disorders?

Anyone can feel sad or depressed at times, however mood disorders are more intense and more difficult to manage than normal feelings of sadness. Children, adolescents, or adults who have a parent with such a disorder are more likely to have it as well. Life events and stress can expose or worsen feelings of sadness or depression, making them more difficult to deal with.

Sometimes life problems can trigger depression. Being fired from a job, getting divorced, losing a loved one, and financial problems to name a few can be difficult and facing pressure can be troublesome, these life events and stress can lead to feelings of sadness or depression or make you a mood disorder is more difficult to manage.

The risk of depression in women is almost double that in men, once a person in the family has this diagnosis, their brothers, sisters or children have a greater chance of having the same diagnosis. In addition, family members of people with depression are also at higher risk for bipolar disorder.

Can mood disorders be prevented?

At this time, there are no ways to prevent or reduce the incidence of mood disorders, but early diagnosis and treatment can reduce the severity of symptoms, improve the normal growth and development of the person, as well as improve the quality of life.

What can you do if you have a mood disorder?

These are very treatable and with proper treatment, about 80% of people no longer feel any symptoms. Some common treatments, used alone or in combination, are:

The most common forms of counseling for those living with a mood disorder are cognitive behavioral therapy and interpersonal therapy:

It is the most common therapy treatment for mood disorders, as it helps to understand the relationship between your mood, thoughts and behaviors, it also teaches skills such as problem solving that can help prevent symptoms from returning. the future. Complete article on: cognitive-behavioral therapy.

When you are depressed, your relationships with others often suffer, and interpersonal therapy can teach you skills to improve the way you interact with other people.

The electroconvulsive therapy can help people who experience severe bipolar disorder or depression, particularly when treatments such as counseling and medication have not helped. Treatment takes place in the hospital and involves passing an electrical current through the brain for a few seconds while you are under general anesthesia. It is very safe, fast acting and effective.

People who experience this type of disorder may find light therapy helpful, where a special type of light is used that is much brighter than indoor lighting, but this may not be a good option for everyone, so it is important. Talk to your doctor before starting this therapy.

There are some things that you can do on your own to help you feel better, such as regular exercise, eating right, getting enough sleep and maintaining a consistent sleep schedule, managing stress, spending time with friends and family, spirituality, and monitoring Consuming alcohol and other substances can help control mood problems.