Skip to content
PsychoTreat > Psychology > What Are Emotions? – Types, Components and Functions 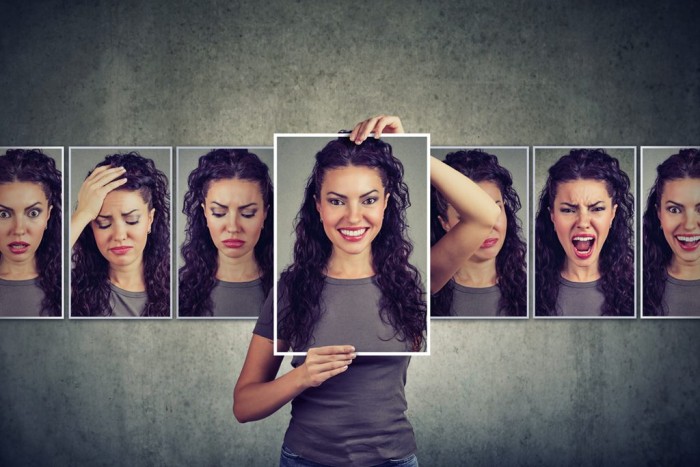 The emotions are always present in our lives, and we focus our decisions on whether we are happy, sad, bored, upset or frustrated. We choose activities and hobbies based on them because they affect us directly, so we do and say things that perhaps at that moment we want because of an emotion and that at the end of the day may not be what we need.

Emotion is any conscious experience characterized by intense mental activity and a certain degree of pleasure or disgust, often intertwined with mood, temperament, personality , disposition, and motivation .

Emotions are complex, according to some theories, they are states of feelings that produce physical and psychological changes that influence our behavior. The physiology of emotion is closely linked to the activation of the nervous system with various states and strengths, it is also linked to the behavioral tendency.

Extroverts are usually very sociable and express their emotions freely and without ties, on the contrary, introverts are asocial and may hide or do not show their emotions a lot. Emotion is the driving force behind motivation, positive or negative. According to other theories, they are not causal forces but simply component syndromes, which can include motivation, feeling, behavior, and physiological changes, but none of these components is emotion, nor is it an entity that causes these components.

What are the components of emotions?

To better understand what emotions are, let’s focus on its three key elements.

The physical component of emotion is a psychological arousal that generally accompanies the emotion that the body is feeling, if the body did not experience this excitement, the intensity of this emotion would be greatly reduced. During arousal, the body experiences a surge of powerful sensations known as emotions, people who can detect changes in their level of their emotions much more intense than those who cannot detect changes.

This component has been called the external expression of our emotions, body gestures, posture, facial expressions and our tone of voice show the emotions we feel. Many of our facial expressions are universal. For example, if someone has an insane look, no matter what language they have or where they come from, they are most likely angry. However, some emotional expressions are influenced by our cultures and the rules of society to display them.

The cognitive component is the way we interpret certain situations or stimulations, this determines what movement our body will feel. For instance; If you are alone, sitting in the dark, watching a horror movie, and you hear a loud noise, you may panic, fear that there is an immediate threat or that you are in danger. This emotional response to this imaginary threat is as powerful as it would be to a real threat. Our perception of the imaginary threat is what makes it feel real to us and causes the emotion in our body.

It tends to be the one in which we strive the most to have, it is defined as a pleasant emotional state that is characterized by feelings of satisfaction, joy, gratification, satisfaction and well-being. Research on happiness has grown significantly since the 1960s within a number of disciplines, including the branch of psychology known as positive psychology.

This type of emotion is sometimes expressed through:

Considered one of the basic human emotions, the things that we believe will create happiness tend to be heavily influenced by culture. For example, achieving certain things like buying a house or having a well-paying job will result in great happiness. The realities of what really contributes to happiness are much more complex and more individualized.

People have always believed that happiness and health were connected, and research has supported the idea that happiness can play a role in physical and mental health, it has been linked to a variety of outcomes including increased longevity and marital satisfaction. Rather, unhappiness has been linked to a variety of poor health outcomes. The stress , the anxiety , the depression and loneliness, for example, have been linked to factors such as decreased immunity, increased inflammation and decreased life expectancy.

It is defined as a transitory emotional state characterized by feelings of disappointment, pain, hopelessness, disinterest, and depressed mood. Like other emotions, sadness is something that everyone experiences from time to time and in some cases, prolonged and severe periods can be experienced that can turn into depression.

Sadness can be expressed in a number of ways, including:

The type and severity of sadness can vary depending on the root cause, and the way people deal with such feelings can also differ, sometimes it can lead to engaging in coping mechanisms such as avoiding other people, self-medicating and reflecting On negative thoughts, such behaviors can actually exacerbate feelings of sadness and prolong the duration of the emotion.

It is a powerful emotion that can also play an important role in survival, when you face some kind of danger and experience fear, you go through what is known as the fight or flight response, your muscles become tense, your heart rate and your breathing increases, and your mind becomes more alert, preparing your body to run, this response helps you be prepared to effectively face threats in your environment.

Expressions of this type of emotion can include:

Of course, not everyone experiences fear in the same way, some people may be more sensitive, and certain situations or objects may be more likely to trigger this emotion.

Fear is the emotional response to an immediate threat, we can also develop a similar reaction to anticipated threats or even our thoughts about potential dangers, and this is what we generally think of as anxiety . The social anxiety , for example, involves an early fear of social situations.

Repeated exposure to a fearful object or situation can build familiarity and acclimatization, which can reduce feelings of fear and anxiety, this is the idea behind exposure therapy, in which people gradually expose themselves to things that they frighten them in a controlled and safe way. Eventually the feelings of fear begin to subside.

It is associated with disgust, disgust and disgust about something.

It can be displayed in a number of ways, including:

This sense of disgust can stem from a number of things, including an unpleasant taste, sight, or smell. Researchers believe that this emotion evolved as a reaction to foods that could be harmful or fatal, when people smell or taste food that has spoiled, for example, disgust is a typical reaction.

Poor hygiene, infection, blood, rot, and death can also trigger a disgust reaction, this may be the body’s way of avoiding things that can transmit communicable diseases, and they may experience moral disgust when they observe others engaging in behaviors that they find them disgusting, immoral, or evil.

It can be a particularly powerful emotion characterized by feelings of hostility, agitation, frustration, and antagonism toward others. Like fear, anger can be part of your body’s fight or flight response, when a threat generates feelings of anger, it can be inclined to defend itself from danger and protect itself.

While anger is thought of as a negative emotion, it can sometimes be a good thing, it can be constructive in helping clarify your needs in a relationship, and it can also motivate you to take action and find solutions to things that are bothering you. However, it can become a problem when it is excessive or expressed in an unhealthy, dangerous or harmful way for others. Uncontrolled anger can quickly turn into aggression, abuse, or violence.

This type of emotion can have both mental and physical consequences, when left unchecked it can make it difficult to make rational decisions and can even have an impact on your physical health.

It is usually quite brief and is characterized by a physiological startle response after something unexpected. This type of emotion can be positive, negative or neutral.

Surprise is often characterized by:

Surprise is another type of emotion that can trigger the fight or flight response, when surprised, people can experience a burst of adrenaline that helps prepare the body to startle.

What are the functions of the emotions?

Emotions are more physiological than psychological, their psychological meaning comes from the meaning we give them, since it is arbitrary. Some scientists believe that emotions are one of the fundamental traits associated with being human, they color lives and give them depth and differentiation, for many people, strong emotions are related to creativity and expression.

They play a crucial role in our lives because they have important functions, this module describes those functions, dividing the discussion into three areas: the intrapersonal, interpersonal and social and cultural functions of emotions.

They help to control their social behavior and regulate their interactions with others, every person unconsciously learns to “read” the external expressions of other people and applies the experience to determine what these external signs indicate about what the other person is feeling, if a person sees a man approaching who walks very aggressively, holding his body rigidly and frowning, the person can correctly assume that the man is angry and using this information, can decide whether to leave or stay or what tone of voice and body language wear when approaching man.

Difference between emotions, feelings and moods

The emotions are chemicals released in response to our interpretation of a particular trigger. By the way, emotional chemicals are released through our bodies, not just our brains, and they form a kind of feedback loop between them.

The feelings happen when we begin to integrate emotion, think about it, we use the term “feel” for both physical and emotional sense: we can say we feel physically cold, but also can feel emotionally cold. Feelings are more “cognitively saturated” as the chemicals of emotion are processed in our brains and bodies, feelings are often fueled by a mixture of emotions and last longer than emotions.

The moods are more widespread, are not tied to a specific incident, but a collection of entries. Mood is greatly influenced by several factors: the environment (weather, lighting, people around us), physiology (what we have been eating, how we have been exercising, how healthy we are) and finally our mental state (where we are focusing attention and our current emotions), they can last minutes, hours, even days.