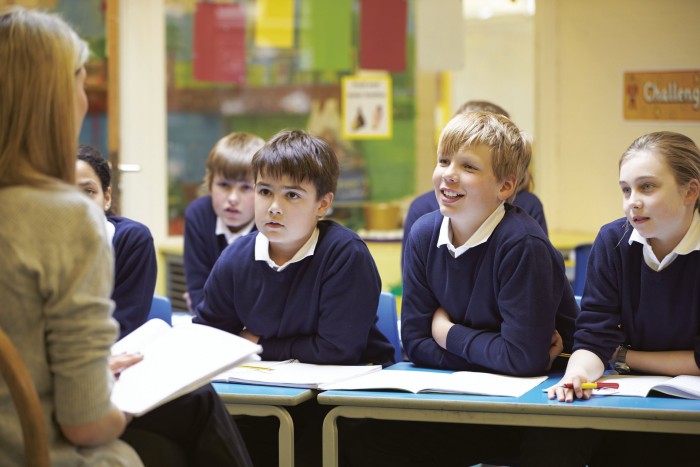 The Argyris theory is the one whose main focus is maturity, the purpose of the theory is to explore maturity in personal and organizational settings. Looking at the concept of maturity can be helpful as it makes clear distinctions between what it means to be mature and what it means to be immature. Maturity and immaturity are considered a continuum, but offering a comparison of “opposites” makes it easier to understand and differentiate.

What is the Argyris theory?

It is presented by Chris Argyris in Personality and Organization, it is one of the many theories that seek to explain the nature of human behavior. According to this theory, the development of a person goes from a situation of immaturity to a situation of maturity. A mature person is characterized by being active, independent, self-confident and self-controlled, on the contrary, an immature person is passive, dependent, has a lack of confidence and feels the need to be controlled by others.

From an organizational point of view, Agryis believed that managers who treat people positively and who are responsible adults will achieve the highest productivity. He thought that the common problems of employees avoiding work, showing lack of interest and low morale, may be signs of a mismatch between managerial practice and the mature adult personality . His solution to the problem is to broaden job responsibilities, allow for more variety of tasks, and adjust supervisory styles to allow greater participation and promote better human relationships.

Autonomous organizations that function (in terms of job specialization, chain of command, level of delegation, level of control, etc.) often act as a deterrent for employees to naturally achieve a high level of maturity. within the organization.

Organizations often expect their cooperators to be passive, dependent, have a short-term perspective, and produce without requiring a high level of control. According to Argyris, when an employee with a high level of maturity is before a situation like this, they tend to adopt one of three attitudes:

Changes within the personality in Argyris theory

According to Argyris, seven changes should take place in people’s personalities if they want to become mature people over the years.

The seven changes are:

The first of the seven changes that must be made in this transition to a more mature employee is: Passive -> Active, what this means is that instead of just doing what they are told to do and nothing else, they start to be more active, they take more initiatives on their own. In this case, being proactive in starting a new project or going beyond what is asked of you is a good indicator of maturity.

2.- Individuals develop from a state of dependence or to a state of relative independence when they are adults.

The second change is: Dependency -> Independence . Although an adult may already be independent in many aspects of their lives, independence at work is also important and therefore an indicator of maturity. In this case, independence is not mutually exclusive with teamwork, rather, it refers to being able to work, alone or in a group, but always contributing significantly, with some freedom of action.

3.- Individuals with restricted behaviors in their immaturity, as adults, are capable of behaving in many ways. (they are adaptable)

The third change is: Behave in various ways – Behave in many ways . As we become more mature, it could be argued that we are also more flexible and adaptable . This change may also be related to the fact that we are exposed to more situations and have more experiences. In the workplace, this flexibility translates into being able to do your job well but also helping out when something other than what you are supposed to do is needed or required. Understand and accept that variations are part of normality.

The fourth change is: Informal and shallow interest -> Deeper and stronger interests . Although this distinction between types of interests may be subjective, it basically refers to the general difference between interests that are considered more “immature” or “mature.”

For example, the difference can be seen between children who may have more materialistic interests, such as toys, and adults, who may have more meaningful interests, such as making the world a better place. However, age is obviously not the only indicator of this aspect of maturity, as there are many adults who have what might be considered “immature” interests, but in the organizational setting, an “immature” interest could be doing the job. or being interested in the job only for the money, while a more “mature” interest is doing the job because it is passionate, challenging, or mentally enjoyable.

The fifth change is: The perspective of time includes only the present -> The perspective of time also implies the past and the future . When considering maturity in all kinds of settings, this point is quite moot as there are many authors who argue that being able to focus on the present is something that makes a person mature, however, since this theory focuses on the In the workplace, I think this aspect of maturity in this context refers to things like being able to have more perspectives on different issues, thinking ahead, and learning from past mistakes.

6.- Immature people are subordinate, as adults they move to equal or superior positions with others.

The sixth change is: subordinate positions -> equal or superior positions. If individuals are “immature” in this sense, the dynamics of relationships with others could end up being “secondary” or “less valuable”, however, this point refers to how companies should strive so that the relationship between two people in the workplace are seen as equal or superior, but always with mutual respect.

7.- As immature, people lack awareness of an “I”, but as adults they are not only aware, but are also capable of self-management.

The seventh change is: little awareness of the ‘me’ -> More aware and in control of the ‘me’ . I think this point is more straightforward, as most would agree that greater self-awareness and self-control are indicators of maturity, however, in the organizational context, what you are probably referring to is that a mature person should be more aware of the ways it works best, for example, and also has the self-control necessary to achieve goals in specified amounts of time.

What is the goal of the Argyris theory?

In general, the main goal of the theory according to Chris Argyris is that it should encourage management within companies to empower their employees by providing ‘opportunities for personal growth in the same 7 areas in which children should mature when approaching Adulthood”. Ideally, through this approach, employees will begin to move along the continuum toward “full” maturity.