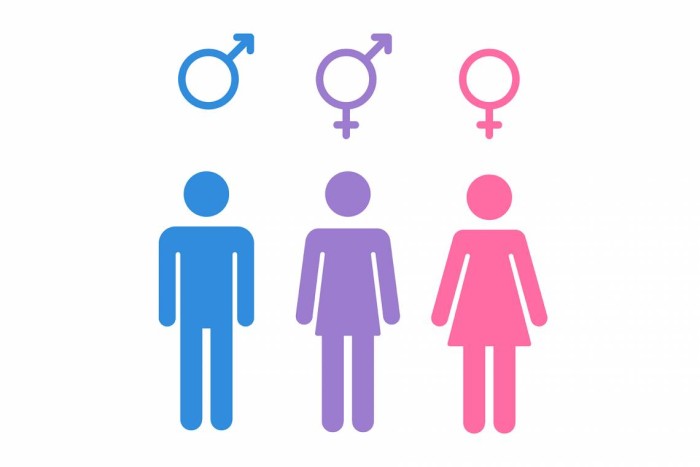 There are many different types of sexual disorders , including gender identity disorder , that affect both men and women in the 21st century.

What is gender identity disorder?

Gender conflict affects people in different ways, it can change the way a person wants to express their gender, and it can influence behavior, dress, and self-image. Some may cross-dress, others may wish to transition socially, still others may want to make a medical transition with sex change surgery and / or hormonal treatment.

This disorder is not the same as gender nonconformity, which refers to behaviors that do not match the norms or stereotypes assigned at birth. While some children express feelings and behaviors related to gender disorder at age 4 or younger, many may not express their feelings and behaviors until puberty or much later. For some boys, when they experience puberty, they are suddenly unable to identify with their own body and some adolescents become unable to shower or wear a bathing suit and / or engage in self-injurious behaviors.

It can be different in different age groups, below are the criteria that health professionals look for to diagnose it in children, adolescents and adults.

For someone to be diagnosed, they must exhibit strong and persistent identification between genders (not simply a desire to perceive the cultural advantages of being of the other sex). In children, the disturbance is manifested by six (or more) of the following symptoms for at least a duration of 6 months:

In boys, the disturbance is manifested by any of the following: in boys, the statement that their penis or testicles are disgusting or will disappear or the statement that it would be better not to have a penis, or aversion to rough play and rejection of stereotypical male toys, games, and activities; in girls, the refusal to urinate while sitting down, the claim that she has or will grow a penis, or the claim that she does not want to grow breasts or menstruate, or the marked aversion to normative female dress.

In adolescents and adults, it manifests itself through symptoms such as worry and desperation to get rid of primary and secondary sexual characteristics (for example, Request for hormones, surgery or other procedures to physically alter sexual characteristics to simulate the other sex) or the belief that or she was born the wrong sex. The disturbance is not concurrent with a physical intersex condition and the disturbance causes clinically significant distress or impairment in social, occupational, or other important areas of functioning.

Cross-gender behaviors begin at age 2, which is the beginning of the developmental period in which children begin to express gender behaviors and interests. Early-onset gender identity disorder usually begins in childhood and continues into adolescents and adulthood, with late-onset occurring around puberty or much later in life.

There is no clearly understood or universally accepted cause, however, most experts agree that there may be a strong biological basis for the disorder.

Newly formed male testes release significant amounts of male hormones during the third month of pregnancy, further enhancing male differentiation, this sudden surge of hormones occurs again in men sometime between the second and twelfth weeks after birth. It is important to know that a corresponding feminizing hormonal increase sequence is not observed in women at this age.

These facts provide the biological basis for gender identity disorder, male hormonal rises must occur not only in sufficient quantities, but also over a short period of time to cause masculinization of the developing baby. If there are not enough androgens, the main hormone responsible for masculinization, or the surge comes too early or too late, the developing baby may be incompletely masculinized.

Disruptions to hormonal surges can come from a variety of sources, a partial list including a disorder in the mother’s endocrine system, common maternal stress , or maternal medications or other toxic substances yet to be identified.

In addition to this, socialization can influence. Social learning theory , for example, proposes that a combination of observational learning and different levels and forms of reinforcement by parents, family and friends determines the child’s sense of gender, which in turn leads to what society considers appropriate or inappropriate.

Adult onset is generally in mid-adulthood. There are two different courses for development:

The former, typically found in late adolescence or adulthood, is a continuation of the gender disorder that had an onset in childhood or early adolescence.

In the other course, the most obvious signs of cross-gender identification appear later and more gradually, with a clinical presentation.

Many adults with this gender disorder find comfortable and effective ways of life that do not involve all the components of the three-phase treatment: psychological, surgical, and hormonal. While some people manage to do this on their own, psychotherapy can be very helpful in achieving personal discovery and maturation that facilitate self-comfort, the best results are associated with early diagnosis, a supportive environment, and comprehensive treatment that respects the wishes and desires of the individual.