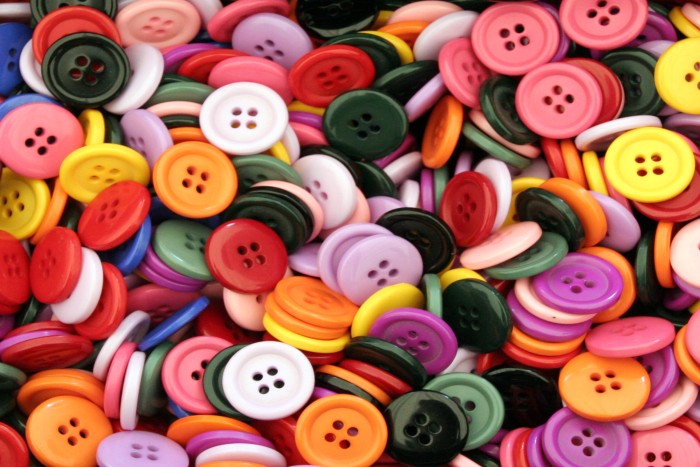 The phobia of buttons , also called koumpounophobia, is relatively rare, which is an irrational and persistent fear of buttons (independent or those on clothing). People suffering from koumpounophobia tend to avoid buttoned clothing, just the thought , discussion or sight of buttons can trigger a full-blown anxiety attack .

It is known that almost 1 in 75,000 people experience this phobia. It is closely related to the fear of round or circular objects. The specific fear can vary dramatically between sufferers, some people fear the texture of certain buttons, others feel that the buttons are somehow dirty, and some are only afraid of touching or using buttons, while others are afraid of seeing buttons worn by strangers or friends.

What are the causes of button phobia?

There are several reasons for such a phobia:

The genetic predisposition is strongly responsible for the unrelenting fear of buttons.

A person who has someone in the family who suffers from this abnormal button fear has a higher risk of developing koumpounophobia. By one estimate, at least 25 to 60 percent of specific phobias have a genetic background.

The irritating fear of buttons is often related to the traumatic experience of childhood. For example, during childhood, the person may have inhaled or swallowed a button, this may even have caused lifelong fear of buttons. The child may have found it difficult to button his shirt or pants, so his peers may have annoyed him. This event may have caused a permanent negative impression of a person’s buttons that cause fear of buttons.

Sometimes a button phobia can arise after listening to someone else afraid of buttons.

The trigger for the phobia could have originated during childhood as a result of abuse or neglect by someone wearing button-down clothing.

A person can avoid buttons for a lifetime when they have been told that old buttons are dirty during childhood.

People with this phobia cannot stand the buttons’ sight, sound, or texture. Some fear all kinds of buttons, while others prefer metal buttons to plastic ones.

How to overcome the fear of buttons?

Many people who suffer from button fear don’t reveal it to anyone because they feel so embarrassed. However, as with all phobias, several ways can help the patient overcome that abnormal fear.