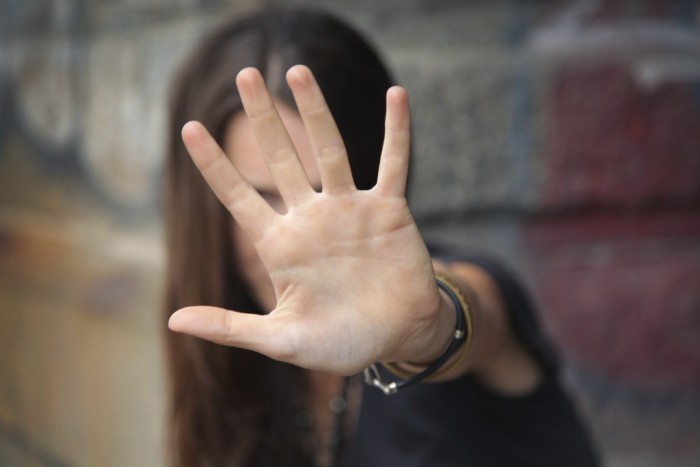 The fear of rejection is a powerful fear that often has a far-reaching impact on our lives. Most people experience some nerves when placed in situations that could lead to rejection, but for some people, fear becomes paralyzing.

An untreated fear of rejection tends to worsen over time and gradually takes over virtually every aspect of the person’s life.

Impacts of fear of rejection

Although not all people experience all shocks, fear of rejection tends to affect our ability to be successful in a wide range of personal and professional situations. These are some of the most common.

You may also be interested in: Fear Of Poetry: Causes, Symptoms, Treatments

Have you ever felt warm and uncomfortable while waiting to be called for an interview? Sweaty palms, labored breathing, increased heart rate, and slurred speech are common symptoms of fear of rejection.

They are also potential reasons for an employer to reject a candidate. Confidence and an air of authority are essential in many positions, and those who suffer from this fear often appear weak and insecure.

If you are afraid of being rejected, you may also have trouble negotiating an employment contract, leaving valuable pay and benefits on the table.

In many positions, the need to impress doesn’t end once you have the job. Entertaining clients, negotiating deals, selling products, and attracting investors are key components of many jobs.

Even something as simple as answering the phone can be scary for those suffering from a fear of rejection, and picking up the phone to call someone else can be impossible.

First dates, and especially blind dates, scare anyone, but those who are afraid of being rejected can quickly become overwhelmed.

Instead of concentrating on getting to know the other person and deciding if you’d like to go on a second date, you could spend all your time worrying about whether that person likes you.

Married life consists of an endless series of negotiations and compromises. No matter how compatible they are, it is impossible for two people to agree on everything.

Those who are afraid of rejection often have a hard time expressing their own needs and standing firm. You may also develop feelings of jealousy or mistrust in your partner as your fear of rejection turns into a fear of being abandoned.

This is sometimes expressed in unhealthy behaviors like checking your partner’s phone messages or social media accounts.

Humans are social creatures, and we are expected to follow basic social niceties in public. Most of the time, the talk in line at the grocery store or at a festival lasts only a few moments.

Occasionally, however, short conversations lead to lifelong friendships. If you are afraid of rejection, you may feel unable to converse with strangers or even friends of friends.

The tendency to be reserved could potentially prevent you from making lasting connections with others.

The need to belong is a basic human condition. In high school, we tend to self-select as athletes, cheerleaders, nerds, geeks, goths, preppies, or any other small group.

As adults, we tend to organize ourselves by shared interests, relationship status, and other commonalities. While dressing, speaking, and behaving as a member of a group is not unhealthy, peer pressure sometimes goes too far.

If your fear of rejection leads you to do things that are illegal, immoral, or simply unpleasant to you, then peer pressure can be a problem in your life.

Many people who are afraid of rejection develop a carefully monitored and scripted way of life. Fearing of being rejected if you show your true self to the world, you can live life behind a mask.

This can make you appear fake and inauthentic to others and can cause a rigid unwillingness to accept life’s challenges.

Although it is natural to want to care for those we love, those who fear rejection often go too far. You may find it impossible to say no, even when saying yes causes great inconvenience or difficulties in your own life.

You can take on too many responsibilities, increasing your own risk of burnout. In the extreme, pleasing people sometimes turns into indulging in bad behavior from others.

Worried about losing the other person, you may make excuses or even help the person with behaviors that you know are wrong.

People with a fear of rejection often go out of their way to avoid confrontation. You may refuse to ask for what you want or even speak up for what you need. A common tendency is to simply try to turn off your own needs or pretend they don’t matter.

Uncomfortable showing their true selves, but unable to put their own needs aside, many people who fear being rejected end up behaving passively-aggressive. You may procrastinate, “forget” to keep your promises, complain, and work inefficiently on the projects you undertake.

Additionally, fear of rejection often prevents us from pursuing our dreams. Putting yourself out there is scary for anyone, but if you are afraid of rejection, you can feel paralyzed.

Holding onto the status quo feels safe, even if you are unhappy with your current situation. Whether you want to travel the world, write the Great American Novel, or ask the girl sitting next to you about a date, fear of rejection can keep you from reaching your full potential.

The fear of rejection leads us to behaviors that make us seem insecure, ineffective, and overwhelmed. You may sweat, shake, move, avoid eye contact, and even lose the ability to communicate effectively.

While individuals react to these behaviors in very different ways, these are some of the reactions you might see.

Ironically, the fear of rejection often turns into a self-fulfilling prophecy. It is well known in pop psychology that confidence increases attractiveness. A 2009 study at the University of Florida shows that trust is almost as important as intelligence in determining our income level.

As a general rule, the lack of self-confidence that is inherent in fear of rejection makes us more likely to be rejected.

Some people take advantage of the insecurities of others. Those who suffer from a fear of rejection may be at greater risk of being manipulated for someone else’s personal gain.

Skilled manipulators often seem charming, gentle, and genuinely loving, knowing which buttons to push to make others trust them.

They also know how to keep someone in fear of rejection feeling a little “nervous,” as if the manipulator might leave at any moment. Almost invariably, the manipulator ends up leaving once she has gotten what she wants from the other person.

Most of the people in the world are decent, honest and frank. Instead of manipulating someone with fear of rejection, they will try to help. Look for signs that your friends and family are trying to encourage your assertiveness, asking you to be more open with them, or probing your true feelings.

Many times, however, people who fear rejection see these attempts to help as signs of possible future rejection. This often leads friends and family to “walk on eggshells,” fearful of making their fears worse.

Over time, they may become frustrated and angry, either by confronting you about your behavior or by starting to distance themselves from you.