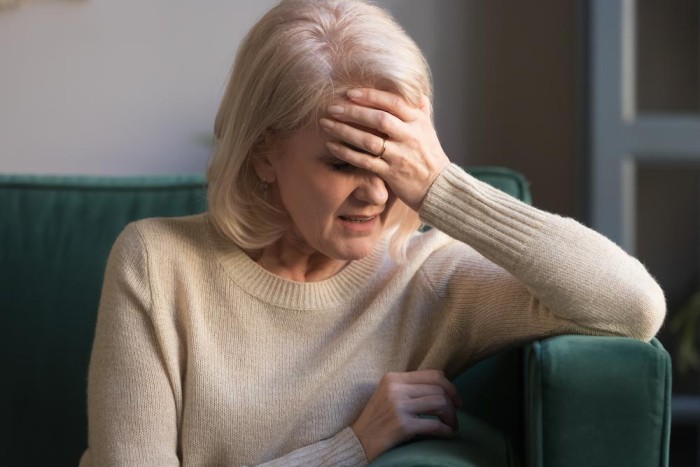 The Epilepsy is a group of disorders related characterized by a tendency to recurrent seizures, there are different types of epilepsy and seizures. Medications are prescribed to control seizures, and surgery is rarely needed if medications are not effective.

It is a common condition that affects the brain and causes frequent seizures, they can cause a wide range of symptoms, and it can start at any age, but it usually begins in childhood or in people over the age of 60, it is often lifelong but to Sometimes it can improve slowly over time.

It is a chronic disorder that causes recurrent unprovoked seizures, a seizure is a sudden discharge of electrical activity in the brain.

A mild attack can be difficult to recognize, and it can last for a few seconds during which you lack awareness. Seizures that are much stronger can cause uncontrollable muscle contractions and spasms, and their duration can be from a few seconds to several minutes, during a stronger seizure, some people become confused or lose consciousness, afterwards, you may not remember that it’s happening.

Anyone can develop epilepsy, but it is more common in young children and older adults, it occurs slightly more in men than in women. There is no cure for this disorder, but it can be treated with medications and other strategies.

What are the symptoms of epilepsy?

Because epilepsy is caused by abnormal activity in the brain, seizures can affect any process that coordinates your brain. Symptoms can include:

Symptoms vary depending on the type of attack, in most cases, a person will tend to have the same type of attack each time, so the symptoms will be similar from one episode to another.

Doctors generally classify seizures as focal or generalized, based on how abnormal brain activity begins.

When seizures appear to be the result of abnormal activity in only one area of ​​your brain, they are called focal (partial) seizures. These seizures are divided:

Focal attacks without loss of consciousness

Once called simple partial seizures, these seizures do not cause a loss of consciousness, they can alter emotions or change the appearance, smell, feel, taste or sound of things, they can also lead to involuntary shaking of a body part, such as an arm or leg, and spontaneous sensory symptoms, such as tingling, dizziness, and flashing lights.

A simple partial attack does not imply loss of consciousness. Symptoms include:

Once called complex partial seizures, these seizures involve a change or loss of consciousness or consciousness. During a complex partial attack, you may stare into space and not respond normally to your surroundings or perform repetitive movements, such as rubbing your hands, chewing, swallowing, or walking in circles.

Generalized seizures involve the entire brain. There are six types:

Absence seizures, formerly known as small seizures, often occur in children and are characterized by staring into space or subtle body movements such as the blinking of the eyes or lips. These seizures can occur in groups and cause a brief loss of consciousness.

They cause your muscles to stiffen, these seizures usually affect the muscles in your back, arms, and legs and can cause you to fall to the ground.

Also known as gout seizures, they cause a loss of muscle control, which can cause you to suddenly collapse or fall.

They are characterized by rhythmic or repetitive jerky muscle movements, generally affecting the neck, arms, and face.

They cause rapid and spontaneous spasms of the arms and legs.

Formerly known as grand mal seizures, they are the most dramatic type of epileptic seizure and can cause an abrupt loss of consciousness, stiffening and shaking of the body, and sometimes loss of bladder control or biting of the tongue.

They used to be called “grand mal convulsions.” Symptoms include:

After an attack, you may not remember having it, or you may feel mildly ill for a few hours.

It has no identifiable cause in about half of people with this condition, in the other half, the condition can be traced to several factors, including:

Some types of epilepsy, which are classified by the type of seizure you experience or the part of the brain that is affected, run in families. In these cases, it is very likely that there is a genetic influence.

Researchers have linked some types of epilepsy to specific genes, but for most people, genes are only part of the cause of epilepsy, certain genes can make the person suffering from this disorder more sensitive and weak to the environmental conditions that trigger seizures.

Head trauma as a result of a car accident or other traumatic injury can cause epilepsy.

Brain conditions that cause damage to the brain, such as brain tumors or strokes, can cause epilepsy. Stroke is the leading cause in adults over 35 years of age.

Infectious diseases, such as meningitis, viral encephalitis, and AIDS, can cause epilepsy.

Before birth, babies are sensitive and prone to brain damage that can be caused by various factors, such as poor nutrition or oxygen deficiencies and infection in the mother, which can lead to epilepsy or cerebral palsy.

Epilepsy can sometimes be associated with developmental disorders, such as autism and neurofibromatosis.

Certain factors can increase your risk:

There are three diagnoses that a doctor might make when treating a patient with epileptic seizures:

There are three descriptions of seizures, depending on where in the brain the activity began.

The patient is conscious during the attack, in most cases the patient is also aware of his surroundings, even though the seizure is in progress.

The patient’s consciousness is impaired, the patient will generally not remember the seizure, and if they do, their memory will be vague.

A generalized seizure occurs when both halves of the brain have epileptic activity, the patient’s consciousness is lost while the seizure is in progress.

A secondary generalized seizure occurs when the epileptic activity begins as a partial seizure, but then spreads to both halves of the brain, as this development occurs, the patient loses consciousness.

What triggers an epileptic seizure?

Some people can identify things or situations that can trigger attacks. Some of the most frequently reported triggers are:

Identifying triggers is not always easy, a single incident does not always mean that something is a trigger. It is often a combination of factors that trigger a seizure. A good way to find your triggers is to keep a seizure diary, after each attack, keep the following in mind:

You can also use your seizure diary to determine if your medications are working, note how you felt just before and just after your attack and any side effects.

Having a seizure at certain times can lead to circumstances that are dangerous to you or others.

If you fall during a seizure, you can injure your head or break a bone.

If you have epilepsy, you are 15 to 19 times more likely to drown while swimming or bathing than the rest of the population due to the possibility of having a seizure while in the water.

A seizure that causes loss of consciousness or control can be dangerous if you drive a car or operate other equipment. Many states have driver’s license restrictions related to the driver’s ability to control seizures and impose a minimum amount of time for a driver to be seizure-free, from months to years, before he is allowed to drive.

Seizures during pregnancy pose a danger to both mother and baby, and certain antiepileptic drugs increase the risk of birth defects. If you have epilepsy and are considering getting pregnant, talk to your doctor while planning your pregnancy.

Most women with epilepsy can become pregnant and have healthy babies, you will need to be carefully monitored during pregnancy, and medications may need to be adjusted. It is very important that you work with your doctor to plan your pregnancy.

People with epilepsy are more likely to have psychological problems, especially depression, anxiety, and suicidal thoughts and behaviors. Problems can be the result of difficulties related to the condition itself and the side effects of medications.

Other life-threatening complications of epilepsy are rare, but can occur, such as:

This condition occurs if you are in a state of continuous seizure activity lasting more than five minutes or if you have frequent recurring seizures without regaining full consciousness between them. People with status epilepticus are at increased risk of permanent brain damage and even death.

People with epilepsy also have a small risk of sudden and unexpected death, the cause is unknown, but some research shows that it can occur due to heart or respiratory problems.

People with frequent tonic-clonic seizures or people whose seizures are not controlled by medication may be at higher risk. Overall, about 1 percent of people with epilepsy die.

How is epilepsy diagnosed?

If you suspect that he has had a seizure, see your doctor as soon as possible, a seizure can be a symptom of a serious medical problem.

Your medical history and symptoms will help your doctor decide which tests will be helpful, you will likely have a neurological exam to assess your motor skills and mental functioning.

To diagnose epilepsy, other conditions that cause seizures must be ruled out.

It is the most common test used to diagnose epilepsy. First, the electrodes are attached to your scalp with a paste, it is a non-invasive and painless test. In some cases, the test is done during sleep, the electrodes will record the electrical activity of your brain, whether you have a seizure or not, changes in normal brain wave patterns are common in epilepsy.

Treatment can help most people have fewer seizures or stop having seizures altogether.

Some people need lifelong treatment. But you may be able to stop treatment if the seizures go away over time.