Skip to content
PsychoTreat > Disorders > What is Deja Vu? – Causes, How It Happens, Who Experiences It And More. 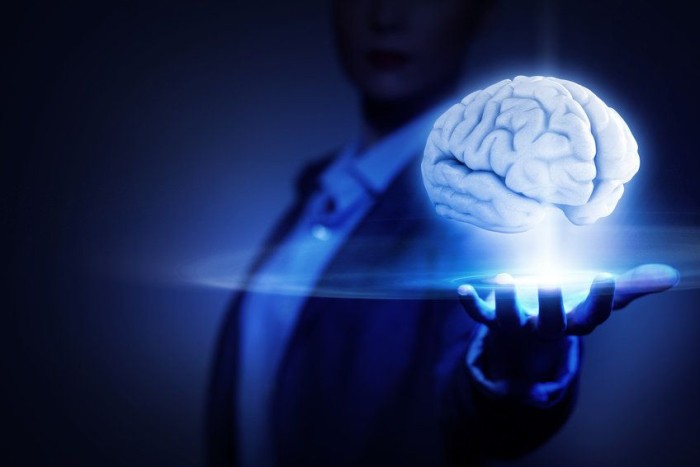 If you have ever had déjà vu, that feeling that what you are doing or going through has already happened, then you know that it can feel like you are in a twilight zone, however there are things that your brain tries to tell you when you experience it, It can make you feel like you’ve met someone, or been somewhere, in a past life, and it could be all in your head, according to science. Scientific American reported that the tiny seizures in the brain responsible for memory formation and recall could be the reason something suddenly feels familiar even though you’ve never experienced it before.

This feeling of familiarity is of course known as déjà vu (a French term meaning “already seen”) and is reported to occur occasionally in 60-80% of people.

What is Deja Vu?

It is the feeling that one has experienced the present situation before, it can be said in other words that it is a feeling of familiarity, it is a feeling of withdrawal. The phenomenon is quite complex, and there are many different theories as to why déjà vu happens.

Two types of déjà vu are recognized: pathological déjà vu generally associated with epilepsy or which, when unusually prolonged or frequent, or associated with other symptoms such as hallucinations , may be an indicator of neurological or psychiatric disease and the non-pathological type characteristic of healthy people, about two-thirds of whom have had déjà vu experiences.

Up to 70 percent of the population report experiencing some form of déjà vu, and more incidents occur in people aged 15 to 25 than in any other age group. It has been strongly associated with temporal lobe epilepsy as it can occur just before a seizure so people who have such a seizure may experience déjà vu during actual seizure activity or in between seizures.

It occurs in people with and without a medical condition, there is much speculation about how and why this phenomenon occurs.

Why does déjà vu happen?

There are a couple of different theories as to the way déjà vu works, but most of them operate from the idea that it is a fairly benign memory problem, and possibly beneficial.

Essentially, it goes like this: You’ve seen something that was deemed irrelevant, like a stranger’s face on the subway, so you ‘forgot’ about it. Then later on you might see another person who looks a lot like that first person and you have a feeling of strange familiarity, but you’re not quite sure why because you don’t easily remember the first one, it’s almost like your memory is too good. , but the result is actually a false memory: you mistake the second face for the first.

Another theory, called ” double perception ,” suggests that we are actually seeing the same thing twice, but not really registering it the first time. For example, maybe you walk into a new restaurant to meet some friends, but you look at your phone to check a text message as soon as you walk in, then you saw the design of the restaurant, but you were immediately distracted, then when you look up. You see it again, but it feels like the first time, with the strange feeling of having seen it before.

But we know that you don’t have to have experienced that initial experience firsthand to feel that sense of familiarity when something mysteriously remembers it later. For example, people have traced their déjà vu to places they only saw on TV shows or photos.

Therefore, it is not entirely surprising that more recent research, especially with the help of brain imaging and virtual reality techniques, reveals that the process is much more complicated than an overactive memory. For example, in a 2012 study published in Consciousness and Cognition, researchers were able to induce a sense of déjà vu (but not actual memories) in participants by having them walk through virtual 3D locations that shared specific structures, the windows of a virtual room follow the same shapes as a set of wall shelves in a virtual closet.

When we speak to someone, we can recognize their expressions and change the way we are speaking as quickly as we recognize danger, the words can often seem dangerous to the listener, “I’ve been thinking that our relationship is holding me back.” , “You are under arrest”. Phrases like these need instant and appropriate responses, and there is a part of the cognitive brain (the hippocampus) that specializes to provide them, in the present moment.

Despite the fact that déjà vu is relatively common, there has been relatively limited research on the subject, the causes are divided into four categories: attention , memory , dual processing and neurological.

The explanations of  attention  involve an initial perception is performed under degraded care, which is then followed by a second shot at full attention. For example, if you are about to open your front door and are momentarily distracted by a noise in the distance, when you return to the task of opening the door, the first perception may seem more distant in the past. The distraction that separates these two perceptions could be as fleeting as the blink of an eye.

The explanations of memory assume that some details of the new experience are familiar, but the source of this familiarity has been forgotten. The premise of this explanation is that people find innumerable things during the course of a day, but do not pay attention to all the information. Subsequent reprocessing of information can occasionally induce familiarity and déjà vu.

The explanations of double processing of déjà vu two generally suggest that cognitive processes become synchronous asynchronous momentarily. For example, familiarity and recall could go out of sync, alternatively perception and memory could become asynchronous.

The neurological explanations of déjà vu attribute the phenomenon to a small seizure of the temporal lobe in a person without epilepsy , or a delay in neuronal transmission between the eyes, ears or other perceptual organs and centers of higher – order processing in the brain.

Who experiences the feeling of déjà vu the most?

When you reach an age between 15 and 25, you are likely to have déjà vu experiences more often than you will ever have after that.

How do scientists research déjà vu?

In experimental studies, researchers try to trigger déjà vu experiences in people (one of the rarer ways this has been done is by throwing warm water into people’s ears). The idea behind many experimental studies is that if we can discover what causes déjà vu, we might be able to understand more about the thought processes that cause it.

Experimental studies sound good, but they are actually really difficult to do, we know from many experiments that have been done in the last 10 years that it is actually quite easy to get people to say that they have had déjà vu in an experiment but we can’t be sure if people really had déjà vu or if they were just saying it. The problem is that people who are doing experiments generally want to give the experimenter the “correct” answer.

For example, if your teacher asked the whole class if they ever had déjà vu, and you thought everyone would raise their hands to say yes, you could do this too, even if you’re not sure. There is nothing wrong with this, it is a very normal way of answering questions, the problem is that it makes it difficult for researchers to know if people who say they had déjà vu really had it, or if they are simply trying to make the researcher happy. .

How to respond to a déjà vu?

That depends on whether you enjoy it or not, some people are just terrified when it happens, others find it slightly euphoric but I think most people find it disconcerting, neither pleasant nor threatening.

There is no need for a diagnosis when déjà vu feels good, even if it is temporal lobe epilepsy which is emotionally positive.

For déjà vu that feels spiritual, I suggest meditation, the kind that emphasizes being present in the here and now, as it is an alteration in perception of the present moment. The more often it happens, the more likely a person is to be able to stop their ongoing mental processes, and simply be in the present.

If someone wants to use the experience to improve their spirituality, there are three things they can try.

1) When it happens, you need to pay attention to what is happening in the present. You can pay attention to your senses and observe the “sense” that perceives that sense of familiarity, if you can get a clear perception of that sense, you can look there at any time. Especially while practicing meditation, because this practice often enough to take advantage of it can cut months off the time it takes to meditate deeply.

2) You should try to disconnect from your sense of the past and try to see the present through the same sense.

3) You can pretend that déjà vu is happening during meditation.

The neurociencia of deja vu

It may indicate a neurological problem, someone may have epileptic seizures including temporal lobe seizures, with the only sign or symptom being a feeling of déjà vu. Some older adults with dementia experience chronic déjà vu as a symptom. If it happens frequently and you are concerned about the cause, here are some questions to consider:

If the answer to any of these is yes, talk to your doctor as there may be a neurological problem that needs to be evaluated.

Simply experiencing déjà vu is not usually a problem in and of itself but if it is happening frequently or is a change from past experience, it is worth getting a neurological evaluation from your doctor.