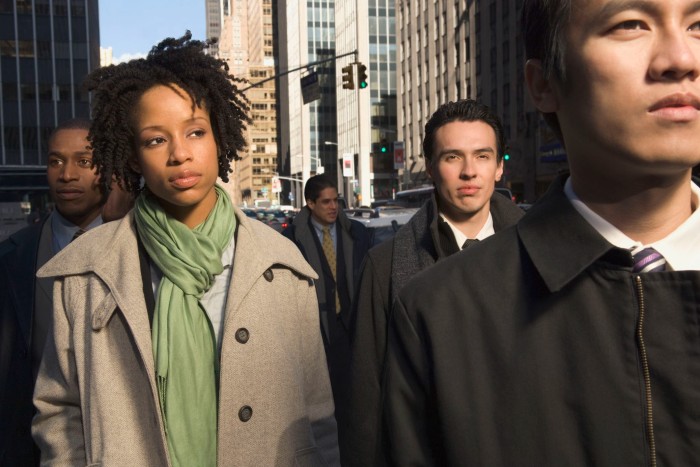 The xenophobia is fear or dislike of people who are different from oneself, especially foreigners. The term comes from the Greek words xénos (outsider) and phobos (fear), so it essentially means fear of strangers or foreigners, however it is more often used to describe hatred or hostility.

Understands multiple aspects of prejudice and can be based on any racist, religious, ethnic, cultural or national discrimination, xenophobic attitudes and behaviors are often triggered by fear that outsiders or foreigners are a threat to the community or national identity and they want to ensure the perceived purity of their own culture or nation.

For example, an American man who feels threatened or angry that his company has hired Russian interns will be considered xenophobic. Perhaps deep down, you fear that your cultural and religious values ​​will be threatened by what you perceive as an influx of different types of people, you fear being outnumbered or losing your current lifestyle.

Studies have shown that economic inequalities and poor social conditions can generate fear and tension in the masses, leading to racism and xenophobia, people who are perceived as outsiders, such as refugees, asylum seekers, migrants, displaced people and non-nationals are often the target for this phobia.

It is important to know the behaviors and symptoms:

Keep in mind that these behaviors are not premeditated, but rather react to irrational fears that the person has about others. Although the behaviors may be against a certain race, they are not based specifically on race, but rather on an internal fear of others that they do not understand.

The reason why people are xenophobic is unknown, as are other phobias . It could be their upbringing, a bad experience, or just the environment they are in.

Reasons why some people are xenophobic

Causes and characteristics of xenophobia

Anti-Semitism and other forms of xenophobia are often related to innate characteristics of a given culture or a consequence of economic unrest and political turmoil in selected societies. The problem of hatred of foreigners and intolerance towards ethnic, religious, racial and cultural differences must, instead, be placed in the broader context of dominant political movements and ideologies with a transnational dimension.

There are observable links between migration, racism, discrimination, ethno-religious stereotypes and xenophobia. The increase in ethnic-religious and racial diversity in societies makes the reality of the heterogeneity of human communities more evident. In the absence of political, legal, social and economic mechanisms to ensure mutual respect and mediate relationships through differences, xenophobia and various related forms of racism manifest themselves.

How is xenophobia treated?

Although the actual cause is unknown, there are ways to overcome this phobia. Experiencing other cultures and ideas can help educate on a topic and make it less unfamiliar (scary) and foster understanding, travel and experience new things, even if those things are not related to xenophobic tendencies, they can still open minds and create a better appreciation of the unknown.

Seeking counseling is a good way to treat serious cases, a mental health professional can help discover what triggers the fear and address underlying issues over a long period of time to reduce symptoms.

Choose a therapist who is open-minded and interested in working with you for a long period of time – unlike many phobias, xenophobia is often deeply intertwined in a combination of education, religious teachings, and previous experiences.

The fear of the unknown is one of the most powerful fears of all, if you have not been exposed to other races, cultures and religions, conquering your xenophobia can be as simple as gaining more experience, traveling the world, or even spending a week at a youth hostel in a nearby city, it could be a great help to deal with your fears.

What are some examples of xenophobia?

Xenophobia is not racism

Many people use the word “xenophobia” when referring to other people they consider racist, using the words synonymously. However, they are not synonymous, even if some of the behaviors are the same.

Racism means that a specific race dislikes and looks down on other races because they feel superior. For example, racism could be that people in Australia feel superior to those in New Zealand.

Xenophobia really means to fear or dislike other races, cultures, ways of life, and people who are not similar to your own, including straight people who fear and disapprove of gay people.

It is important to note that xenophobia has this name for a reason. Be aware of phobia, such as claustrophobia (fear of confined spaces) or arachnophobia (fear of arachnids such as spiders). This phobia can cause people to act in response to uncomfortable situations that generate strong emotional responses, this specific phobia is one of the few that can cause violence and abuse towards others.