Skip to content
PsychoTreat > Psychological Theories > Associationism: Definition. History And Relationship Based On Other Theories. 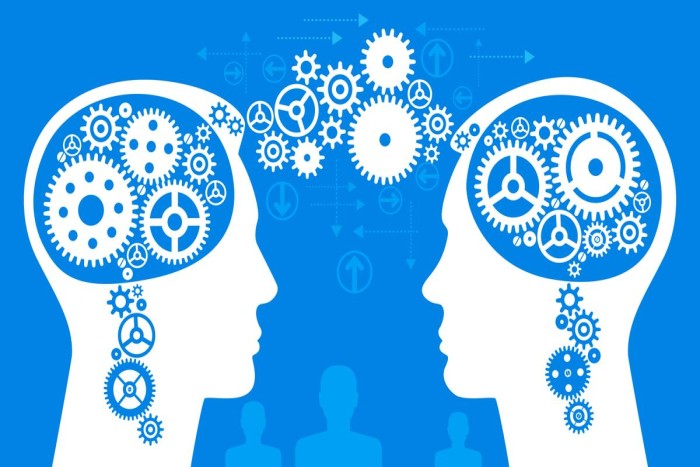 The association is one of the theories of thinking oldest and, in some way or another, more widely held, has been the engine of empiricism for centuries, from the British empiricists to behaviorists and modern conexionistas. What links these theses is a commitment to certain rationality of thought: the mental states of a creature are associated due to some facts about its cause history.

It is a theory that connects learning with thinking based on the principles of the causal history of the organism. From its initial roots, associationists have tried to use the history of the experience of an organism as the main sculptor of cognitive architecture. In its most basic form, associationism has asserted that thought pairs associate based on the organism’s past experience.

It is a theory that maintains that the entire conscious life of man can be explained on the basis of associative processes, it teaches that the mind consists of mental elements and compounds thereof. When you perceive an object, you have a sensation; but even when the object is no longer really present, it can retain an idea, that is, a faint copy of a sensory sensation or image. Sensations and their copies are the only elements of the mind, and they are combined or synthesized into larger mental structures, such as complex thoughts and perceptions, through the mechanism of association. On the contrary, any complex mental content can be reduced to its elemental components by mental analysis.

The idea is first recorded in Plato and Aristotle, especially with regard to the succession of memories, members of the mainly British association, including John Locke, David Hume, David Hartley, Joseph Priestley, James Mill, John Stuart Mill, Alexander Bain and Ivan Pavlov, stated that the principle applies to all or most mental processes. Later, members of the school developed very specific principles that explained how associations worked and even a physiological mechanism that bore no resemblance to modern neurophysiology. Some of the ideas of the associationist school anticipated the principles of conditioning and its use in behavioral psychology.

Associationism as a theory of mental processes: the empiricist connection

Empiricism is a general theoretical perspective, which tends to offer a theory of learning to explain as much of our mental life as possible. From the British empiricists through Skinner and the behaviorists, the main focus has been to argue for the acquisition of concepts through learning. However, the mental processes that underlie such learning are almost never posited for learning. Therefore, reducing the number of mental processes one must postulate limits the amount of innate machinery with which the theorist is loaded.

Of course, thinkers perform many different types of cognitive acts, so if there is only one mental process, the ability to associate, that process must be flexible enough to carry out a wide range of cognitive work. In particular, you must be able to account for learning and thinking. Consequently, associationism has been used on both fronts.

Associationism as a learning theory

In one sense, “associationism” refers to a theory of how organisms acquire concepts, associative structures, response biases, and even propositional knowledge. It is commonly recognized that associationism took hold after the publication of John Locke’s Essay Concerning Human Understanding (1690/1975). However, Locke’s comments on associationism were terse (though fertile) and largely did not address learning.

The first serious attempt to detail associationism as a theory of learning was given by Hume in the Treatise of Human Nature (1738/1975). Hume’s associationism was, first and foremost, a theory that connected how perceptions determined trains of thought. Hume’s empiricism, as enshrined in the Copy Principle, demanded that there should be no Ideas in the mind that did not come first in experience.

As said, Hume’s associationism was primarily a way of determining the functional profile of Ideas, but we have not yet said what it is for two ideas to be associated. Instead, one can view Hume’s contribution as introducing a very influential type of associative learning, as Hume’s theory aims to explain how we learn to associate certain ideas.

Associationism as a theory of mental structure

Associative learning accounts beg the question: how is the information that X and Y are associated with stored? A highly contrived sample answer to this question would be that a thinker learns an explicitly represented unconscious conditional rule that says “when an x ​​counter is activated, then a y counter is activated.” Instead of such a highly intellectualized response, members of the association have found a natural complementary view that information is stored in an associative structure.

Since the cognitive revolution, the influence of associationism has largely disappeared in cognitive psychology and psycholinguistics, this does not mean that all aspects of associative theorizing are dead in these areas; rather, they have just assumed much smaller roles (for example, it has often been suggested that mental lexicons are structured, in part, associatively, whereby lexical decision tasks are taken as facilitation maps of one’s own lexicon). In other areas of cognitive psychology (for example, the study of causal cognition), associationism is no longer the dominant theoretical paradigm, but it is still very much alive as a theoretical option. Associationism also thrives in connectionist literature, as well as in the animal cognitive tradition.