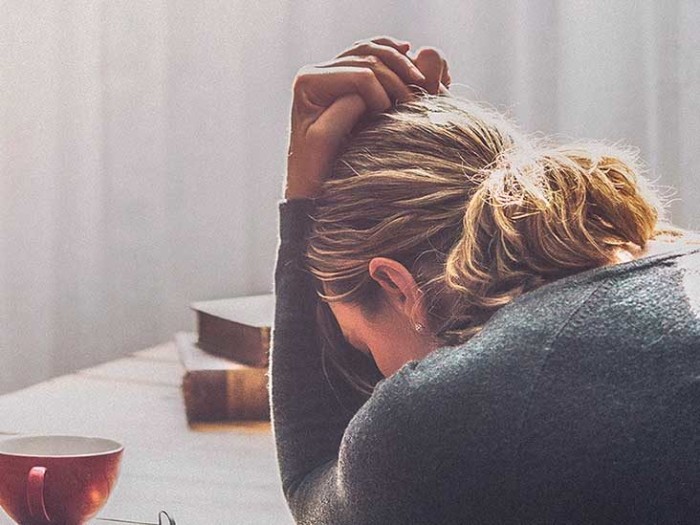 Both can occur together in the same patient. It remains a mysterious ailment to a large extent because the precise mechanism of storing memories is not yet well understood. However, the regions involved are known to be specific sites in the temporal cortex, especially in the hippocampus and nearby subcortical areas.

You may hear that this amnesia occurs when a person can no longer make new memories. This is not entirely true. You have many different types of memories, which we will cover briefly.

The memory long term is often divided into three categories by psychologists are:

Procedure:  These are procedures for things like how to tie your shoes, set up a chessboard, and the path you walk to get home.
Semantics:  These memories are your knowledge of the world, including facts, definitions, and implicit understandings.
Episodic:  Autobiographical memories.

Signs and symptoms of anterograde amnesia

People with antegrade amniotic syndromes can have very different degrees of forgetfulness. Some with severe cases have a combined form of anterograde and retrograde amnesia, sometimes called global amnesia.

In the case of drug-induced amnesia, it can be short-lived, and patients can recover from it. In the other case, which has been extensively studied since the early 1970s, patients are often permanently damaged, although some recovery is possible, depending on the nature of the pathophysiology. Usually, some learning capacity remains, although it can be very elementary. In cases of pure anterograde amnesia, patients have memories of pre-injury events. Still, they cannot recall day-to-day information or new possibilities that were presented to them after the injury.

In most cases, patients lose declarative memory or recall of events but retain non-declarative memory, often referred to as procedural memory. For example, they may remember and, in some cases, learn to do things like talk on the phone or ride a bike, but they may not remember what they had eaten for lunch earlier that day.

The symptoms and their severity depend on the underlying cause responsible for the memory loss. The onset of symptoms can occur suddenly, without any warning signs. In cases where a severe brain injury triggers the condition, symptoms occur once the individual regains consciousness after the accident. The patient always remembers everything from before the incidents.

This disorder is generally acquired in four ways: one of the causes is benzodiazepine drugs such as; midazolam, flunitrazepam, lorazepam, temazepam, nitrazepam, triazolam, clonazepam, alprazolam, diazepam, and nimetazepam; all of which are known to have powerful amnesic effects. This has also been recorded in non-benzodiazepines sedatives that act on the same set of receptors, such as zolpidem (also known as Ambien) and eszopiclone (also known as Lunesta), and zopiclone (also known by the brand names Imovane and Zimovane).

A second cause is a traumatic brain injury in which the damage is usually done to the hippocampus or the surrounding cortices. It can also be caused by a shocking event or an emotional upheaval.

The disease, although much rarer, can also cause this amnesia if it causes encephalitis, which is the inflammation of brain tissue. There are several types of encephalitis: one of them is herpes simplex encephalitis, which, if left untreated, can lead to neurological deterioration. The virus shows a different preference for certain parts of the brain.

It is present in the limbic cortices; it can then spread to the adjacent frontal and temporal lobes. Damage to specific areas can result in a reduced or eliminated ability to encode new explicit memories, leading to anterograde amnesia.

Patients suffering from this disease may have episodic, semantic, or both types of explicit memory impaired by events after the trauma that caused the amnesia. This suggests that memory consolidation to different kinds of remembrance occurs in other brain regions. Despite this, current knowledge of human memory remains insufficient to “map” the wiring of a human brain to discover which parts of the lobe are responsible for the various episodic and semantic knowledge within a person’s memory.

Amnesia is seen in patients who, due to the prevention of another more serious disorder, have parts of their brains known to be involved in deleted memory circuits, the most notable known as the lobe memory system—medial temporal. In addition, patients with tumors who undergo surgery often suffer damage to these structures, as described in the case below.

It can also be caused by alcohol poisoning, commonly known as a blackout. Studies show rapid increases in blood alcohol concentration over a short time that severely impair or, in some cases, completely block the brain’s ability to transfer short-term memories created during the period of intoxication to long-term memory for storage and later retrieval. Such rapid increases are caused by consuming large amounts of alcohol in short periods, especially on an empty stomach, since the dilution of alcohol by food decreases the absorption of alcohol.

Anterograde alcohol-related amnesia is directly related to the rate of alcohol consumption and is often associated with excessive alcohol consumption, not just the total amount of alcohol consumed. Test subjects have been found not to experience amnesia when drinking slowly, despite being heavily intoxicated at the end of the experiment. When alcohol is consumed rapidly, the point at which the creation of long-term memory for most healthy people begins to fail generally occurs at about 0.20% but can be reached as low as 0, 14% for inexperienced drinkers.

The exact length of these blackout periods is difficult to determine because most people fall asleep before they are over. Upon reaching sobriety, usually after waking up, long-term memory creation is fully restored.

In contrast to other cognitive functions, the disproportionate severity in anterograde episodic memory processes differentiates Korsakoff syndrome from other conditions such as alcohol-related dementia. Evidence for the preservation of specific memory processes in severe anterograde episodic memory serves as an experimental paradigm for investigating the components of human memory.

The pathophysiology of antegrade amniotic syndromes varies depending on the degree of damage and the regions of the brain-damaged. The most well-described areas indicated in this disorder are the medial temporal lobe, the basal forebrain, and the fornix. Beyond the details outlined below, the precise process of how we remember, on a micro-scale, remains a mystery. Neuropsychologists and scientists still do not fully agree on whether forgetting is due to faulty coding, accelerated forgetting, or inaccurate retrieval, although a lot of data points to the coding hypothesis.

The MTL memory system includes the formation of the hippocampus, perirhinal, entorhinal, and parahippocampal cortices. It is essential for declarative memory storage and processing, allowing for actual retirement. It is also known to communicate with the neocortex in establishing and maintaining long-term memories, although its known functions are independent of long-term memory. Non-declarative memory, on the other hand, which enables the performance of different skills and habits, is not part of the MTL memory system.

In amnesic patients with TML damage, an important finding is memory impairment in all sensory modalities: sound, touch, smell, taste, and vision. This reflects the fact that the MTL is a processor for all sensory modalities, and it helps store these types of thoughts in memory. Also, subjects often remember how to perform relatively simple tasks immediately, but issues tend to forget when the task becomes more complex, even on the same time scale.

A limited number of cases have been described in which patients with damage to other parts of the brain acquired this pathology. Easton and Parker observed that damage to the hippocampus or surrounding cortices did not lead to severe amnesia in primate models. They suggested damage to the hippocampus and surrounding structures alone did not explain the amnesia they saw in the patients, or the increasing damage did not correlate with the degree of impairment. Furthermore, the data do not explain the dichotomy in the MTL memory system between episodic and semantic memory.

Another case described the appearance of anterograde amnesia resulting from cell death in the fornix, another structure that carries information from the hippocampus to the limbic system structures and the diencephalon. The patient, in this case, did not show any disconnection syndrome, which is unexpected since the structures involved divide the cerebral hemispheres (both sides of his brain were able to communicate). Instead, he was showing signs of amnesia. The final diagnosis was made by magnetic resonance imaging. This particular amnesic syndrome is challenging to diagnose and is often misdiagnosed by clinicians as an acute psychiatric disorder [11].

When there is damage to only one side of the MTL, there is an opportunity for everyday function or near-normal function for memories. Neuroplasticity describes the ability of the cerebral cortex to reassign itself when necessary. Reassignment can occur in cases like the one above, and over time the patient can recover and become more adept at remembering.

In a case report describing a patient who had two lobectomies, in the first, doctors removed part of his right MTL first due to seizures originating in the region and later to his left because he developed a tumor, which shows. This case is unique because it is the only one where both sides of the MTL were removed at different times. The authors noted that the patient could regain some learning ability when they only had one MTL but noted a deterioration in function when both sides of the MTL were affected. The reorganization of brain function for epileptic patients has not been extensively investigated, but imaging results show that it is likely.

The approaches used to treat those suffering from anterograde amnesia often use interventions that focus on compensatory techniques, such as beepers, written notes, diaries, or intensive training programs that involve the individual’s active participation concerned, along with their network of support from family and friends. Environmental adaptation techniques are used in this perspective, such as compensatory technique education for training (exercise), organizational strategies, visual images, and verbal labeling. In addition, other techniques are also used in rehabilitation, such as implicit tasks, speech, and mnemonic methods.

So far, educational techniques of compensatory strategies for memory disorders are effective in people with minor traumatic brain injuries. In people with moderate or severe injuries, effective interventions attract external aids, such as reminders to facilitate particular knowledge or the acquisition of skills.

Reality orientation techniques are also considered; Its purpose is to improve orientation by stimulating and repeating basic orientation information. These techniques are regularly applied in patient populations presenting primarily with dementia and patients with head injuries.