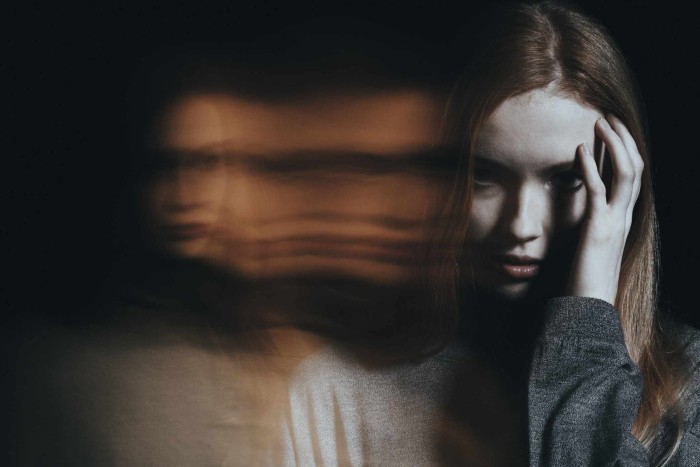 When you look at the world around you, can you distinguish between what is real and what is not? People who experience psychotic disorders or simply psychosis are out of touch with reality; they have trouble finding out which parts of their lives are real: they can see things that are not there or believe things that cannot be true. Psychosis is a crucial feature of psychotic disorders, which are mental illnesses that cause changes in how a person perceives and interprets information; three common psychotic disorders are Schizophrenia, schizoaffective disorder, and schizotypal personality disorder.

What are psychotic disorders?

They are mental disorders in which the personality of a person is severely confused, and that person loses contact with reality; when a psychotic episode occurs, a person feels insecure about what is real and what is not absolute and generally experiences hallucinations. Delusions, unusual behavior, disorganized speech, and incoherence and behaves in a way that is called schizophrenic.

A hallucination is an internal sensory perception that is not present and can be visual or auditory. Deception is a false and inaccurate belief that a person clings to. An illusion occurs when a person believes that their life is disproportionate to what is true. A persecutory deception occurs when a person believes that there is a conspiracy among others to attack, punish or harass him. Although these hallucinations and delusions seem strange to others, they are genuine to the person with the disorder.

These experiences can be scary and cause people who experience them to hurt themselves or others.

What are the symptoms of psychotic disorders?

With any psychotic disorder, the person’s thoughts and behavior change markedly. Behavioral changes that can occur during a psychotic break include the following:

Thought changes/problems that can occur in a psychotic disorder include:

A person with a psychotic disorder may not have any external characteristics of being ill. In other cases, the disease may be more pronounced, causing strange behaviors; for example, a person who has psychosis may stop bathing in the belief that they will protect themselves against attack by malicious people.

People with psychosis vary widely in their behavior while struggling with an illness beyond their control; some may ramble in confusing sentences or react with anger or uncontrolled violence to a perceived threat. Characteristics of a psychotic illness can also include phases in which affected individuals appear to lack personality, movement, and emotion (also called flat affect). People with a psychotic disorder can alternate between these extremes. Their behavior may or may not be predictable.

Psychosis does not describe a particular mental health disorder; instead, it is a symptom that can arise from various psychiatric and physical illnesses that cause you to lose touch with reality. These include:

It occurs when psychotic symptoms appear suddenly and resolve quickly, lasting less than a month. This psychosis is not related to any other mental illness or substance abuse and is triggered by overwhelming distress, such as trauma or the death of a loved one. Women may experience a brief psychotic disorder after childbirth. However, it can also appear without a known trigger.

It is a chronic mental health disorder that causes psychotic symptoms to persist for at least six months and significantly interferes with your loved one’s ability to function. Psychosis is often preceded by various early non-psychotic symptoms, such as mood and sleep disorders, lack of motivation, social withdrawal, and difficulties performing professionally or academically. Read more about «Schizophrenia. «

Share the symptoms of Schizophrenia for at least a month, but it does not last more than six months. If symptoms persist, it is an indication that you or your loved one is suffering from another mental health disorder. Full article: « Schizophreniform disorder. «

People with schizoaffective disorder experience psychotic symptoms and mood disorders, such as depression or mania. The mood disturbances and symptoms of Schizophrenia must co-occur at times to be diagnosed. However, psychosis must also be present for two weeks when a high-mood episode is not experienced. More information on « Schizoaffective disorder. «

It is essentially a mood disorder, but some people may experience psychotic symptoms during particular mood episodes, which are generally related to mood. For example, if your loved one is in a profound depressive episode, they may have auditory hallucinations telling them that life is not worth living. During mania, they may have illusions that they are destined for greatness or have special powers. Read more about « Bipolar Disorder. «

Although Depression is a mood disorder, people with severe forms of the disease can experience psychotic symptoms, known as Depression with psychotic characteristics or psychotic Depression. If you want to know more, read about «Depression. «

Certain types of drugs, such as alcohol, marijuana, cocaine, amphetamines, and LSD, can cause psychotic symptoms. These symptoms usually resolve as the medication wears off, but in some cases, symptoms may persist.

It means that psychotic symptoms are the result of diseases such as neurological disorders, brain injuries, endocrine diseases, autoimmune disorders, and sleep disorders; they can also manifest in infectious and post-infectious syndromes such as HIV / AIDS, syphilis, and even the flu. . The nature and duration of these symptoms vary with the individual and the specific disease.

People with delusions have established false beliefs or misconceptions that last at least a month. These false beliefs revolve around a specific theme, such as persecution, grandiosity, jealousy, and somatic delusions, but they can also be a combination of multiple topics or unidentified topics. People with the delusional disorder do not experience hallucinations or exhibit strange behavior, and their delusions do not usually affect function. Read more about: « Delusional disorder. «

The exact cause is not always clear, and it must be taken into account that each type of psychosis is different. However, certain diseases cause it. There are also triggers such as drug use, lack of sleep, and other environmental factors. Certain situations can lead to the development of specific types of psychosis.

Illnesses that can cause psychosis to include:

Some types of dementia can cause psychosis, such as that caused by:

Alzheimer’s disease, HIV, syphilis, other infections that attack the brain, and some types of epilepsy.

Research shows that schizophrenia and bipolar disorder may share a common genetic cause.

Postpartum psychosis occurs very soon after giving birth (usually within two weeks); the exact causes are unknown. Still, some researchers believe it could be due to changes in hormone levels and disturbed sleep patterns.

There are tests available and methods that can help you know if you have psychosis; among them, we find:

It improves long-term results, but this is not always achieved, the milder forms of psychosis that can lead to Schizophrenia are not treated for an average of 2 years, and even full psychosis can take several years before it receives care from medical professionals.

To increase the chances of early detection, the guide for health systems prepared by psychiatrists recommends that the possibility of a psychotic disorder should be carefully considered in a young person because they can:

There is no biological test for psychosis itself, and if laboratory tests are done, it is to rule out other medical problems that could provide an alternative explanation.

Questions for the patient and family

Psychosis is diagnosed mainly by clinical examination and history: the doctor examines the patient and asks about his symptoms, experiences, thoughts, and daily activities; they will also ask if there is a family history of psychiatric illness.

First, other medical conditions are ruled out, especially delirium (sudden onset of a confused state), but epilepsy and other medical explanations are possible. They will check for any history of poisoning with drugs, both legal and illegal, and toxins, usually by requesting a urine sample to verify this.

Once psychosis is reduced to a psychiatric cause, clearly defined criteria must be met before a diagnosis can be confirmed.

Brain scans can be done in the early stages of medical care so that other, often treatable and reversible conditions can be ruled out. The EEG test records the brain’s electrical activity and can help rule out delirium, head injury, or epilepsy as possible causes of psychotic symptoms.

Early detection and treatment are essential to reduce the distress associated with symptoms and help the affected person maintain their daily functioning (for example, at school or work and in relationships with family and friends). There is considerable interest in the potential to prevent the onset of psychosis and use early and intensive treatment to reduce its short-term damaging effects (such as job loss or social functioning) and enhance long-term recovery.

Sometimes people experiencing psychosis may become agitated and risk hurting themselves or others; in these cases, it may be necessary to calm them down quickly. A doctor or emergency responder will promptly administer a quick-acting injection or liquid medication to relax the patient.

Antipsychotic medications are the cornerstone in treating psychosis. They have been available since the mid-1950s. While they do not cure the disease, they significantly reduce symptoms and generally allow the patient to function better, have a better quality of life, and enjoy better vision. The choice and dosage of medication are individualized and are best made by a well-trained physician experienced in treating severe mental illness.

In many cases, people only need to take them for a short time to control their symptoms, and people with Schizophrenia may have to continue taking medications for life.

Cognitive behavioral therapy means meeting regularly to talk to a mental health counselor to change the thinking and behavior; this approach has proven effective in helping people to make permanent changes and better manage their disease; it is more beneficial for psychotic symptoms that are not fully resolved with medication.

Is it possible to prevent psychotic disorders?

Most scientists and mental health professionals believe that psychotic disorders cannot be prevented and that anyone can experience psychosis. Rather than prevention, many healthcare providers stress the importance of identifying symptoms of psychotic disorders before they become severe and debilitating.

Early diagnosis and treatment can improve a person’s long-term outcomes and increase their chance of recovery. Suppose you have a history of psychiatric problems in your family. In that case, it is essential to be proactive with your health and avoid drugs and alcohol (especially cannabis), as it can affect your risk of developing a psychotic disorder.