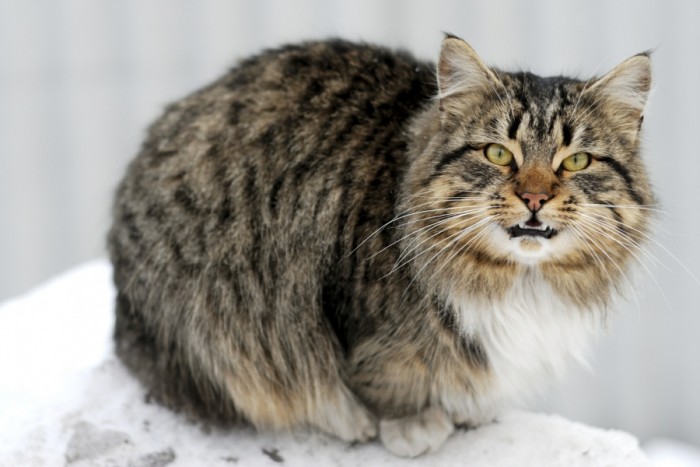 The fear of cats or ailurophobia is a specific type of phobia: the persistent and irrational fear of cats. The name comes from the Greek αἴλουρος (ailouros), `cat ‘and φόβος (phóbos),` fear’. Other names include felinophobia, elurophobia, and cat phobia .

The fear of cats can originate when people during their childhood have been attacked by a cat. A traumatic event can also occur with these animals.

Symptoms of fear of cats

The phobia manifests itself in different ways. For most people it is not so much fear as hatred, similar to the reaction many people have to snakes or rats.

Some people experience it most of the time, others only in response to direct stimuli. Some of the possible situations that can trigger hatred towards cats are hearing purring, seeing a cat in real life.

Imagining the possibility of a cat touching or rubbing against you, the idea of ​​meeting a cat in the dark, seeing a cat’s staring eyes, cats in photos and on television, and toys that look like toys. of a cat and cat-like hair.

Large cats such as lions or tigers can also trigger the stimuli associated with the phobia.

There are many ways to treat ailurophobia; treatment is usually done by a psychiatrist or other therapy specialist.

A strongly motivated patient was able to recover by slowly getting used to cat hair by first touching various types of velvet, then getting used to a toy kitten, and finally to a live kitten that the patient subsequently adopted.

You may also be interested in reading: Fear Of Being Touched: Symptoms, Causes, Treatments

In popular culture the fear of cats

In the 1965 animated television special A Charlie Brown Christmas, the character Lucy lists a number of Charlie Brown phobias and incorrectly states:

“If you are afraid of cats, you have ailurophasia.” The word-forming element “-phasia” is a Greek scientific suffix used to form the names of disorders and phenomena related to words and speech, such as cryptophasia, aphasia, dysphasia and schizophrenia .