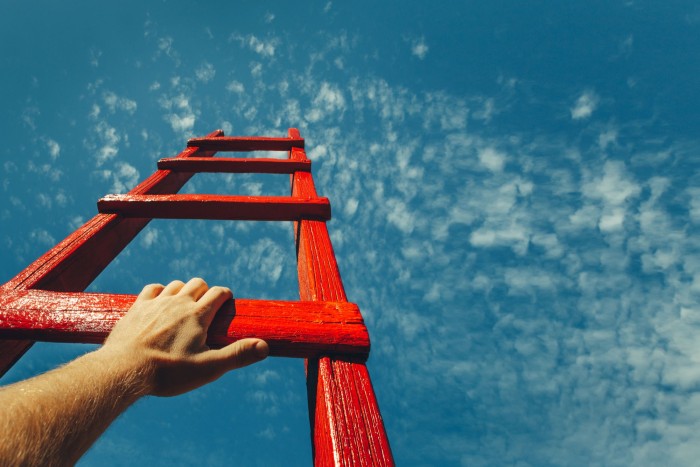 The motivation is the reason for the actions, desires and needs of people, you can also say that it is the address of one towards the behavior, or what makes a person to repeat a behavior. A motive is the impulse a person has to act in a certain way, or develop a penchant for a specific behavior.

According to Maehr and Meyer, “Motivation is a popular culture word like few other psychological concepts.” Motivation is an internal process that makes a person move towards a goal, such as intelligence, it cannot be directly observed.

Anyone who has ever had a goal (like wanting to lose 20 pounds or run a marathon) will probably immediately realize that simply having the desire to achieve something is not enough. Reaching such a goal requires the ability to persist through obstacles and stamina to keep going despite difficulties.

Motivation has three main components, which are:

Objectives and characteristics of motivation

Motivation is a captivating concept, it is a fascinating but complex phenomenon. The main features are as follows:

From the very beginning, when human organizations were established, various thinkers have tried to find the answer to what motivates people to work. The different approaches applied by them have given rise to a series of theories about motivation.

It is probably safe to say that the best-known theory of motivation is Maslow’s hierarchy theory of necessity. Maslow’s theory is based on human needs, drawing mainly on his clinical experience, he classified all human needs in a hierarchical way from the lower to the higher order.

In essence, he believed that once a certain level of need is satisfied, it no longer serves to motivate man. So the next highest level of need has to kick in to motivate. Maslow identified five levels in his hierarchy of needs.

These needs are basic to human life and therefore include food, clothing, shelter, air, water and necessities of life, they are related to the survival and maintenance of human life. They exert a tremendous influence on human behavior, they must be met first, at least partially, before higher level needs arise, once physiological needs are satisfied, they no longer motivate man.

After physiological needs are met, the next felt needs are called safety and security needs. These needs find expression in wishes such as financial security and protection against physical hazards. Meeting these needs requires more money and therefore the individual is asked to work more. Like physiological needs, these become inactive once they are satisfied.

Man is a social being, therefore he is interested in social interaction, companionship, belonging, etc. It is this socialization and belonging that people prefer to work in groups and especially older people.

These needs refer to self-esteem and self-respect, they include such needs that indicate self-confidence, achievement, competence, knowledge and independence. Fulfilling esteem needs leads to self-confidence, strength, and the ability to be useful in the organization, however, the inability to meet these needs results in feeling inferior, weak, and powerless.

This level represents the culmination of all the lower, intermediate and higher needs of human beings. In other words, the final step under the hierarchy of needs model is the need for self-actualization, this refers to fulfillment.

These are now dealt with one by one:

Psychologist Frederick Herzberg expanded on Maslow’s work and proposed a new theory of motivation popularly known as Herzberg’s Theory of Motivational Hygiene (Two Factors), conducted a widely publicized motivational study on 200 accountants and engineers employed by companies in western Pennsylvania and its environs.

He asked these people to describe two major incidents at their jobs:

(1) When did you feel particularly good about your job?

(2) When did you feel exceptionally bad about your job? He used the critical incident method to obtain data.

The responses when analyzed were found to be quite interesting and quite consistent. The responses that respondents gave when they felt good about their jobs were significantly different from the responses given when they felt bad, with reported good feelings generally associated with job satisfaction, while bad feelings with job dissatisfaction. Herzberg rated the motivators as job satisfiers, and said the job doesn’t satisfy hygiene or maintenance factors.

According to Herzberg, today’s motivators are tomorrow’s hygiene because the latter stop influencing people’s behavior when they get them. Consequently, one’s own hygiene can be the motivator of another.

However, Herzberg’s model is tagged with the following criticism as well:

1. In general, people tend to take credit when things are going well, blaming the failure on the external environment.

3. Even job satisfaction is not generally measured. It is not unlikely that a person dislikes a part of their work, they still believe that the work is acceptable.

4. This theory neglects the situational variable to motivate an individual.

Due to its ubiquitous nature, salary commonly appears as a motivator as well as hygiene. Read more about Herzberg’s hygiene theory of motivation

Another well-known theory of needs-based motivation, as opposed to the satisfaction-dissatisfaction hierarchy of needs, is the theory developed by McClelland and his associates, he developed his theory based on the long list developed by Henry Murray of overt motives and needs. used in his early personality studies . McClelland’s theory of needs is closely related to learning theory , because he believed that needs are learned or acquired by the types of events that people experience in their environment and culture.

He found that people who acquire a particular need behave differently than those who do not have. His theory focuses on the three needs of Murray; achievement, power and affiliation.

They are defined as follows:

It is defined as the desire to establish and maintain friendly and cordial relationships with other people. The need for affiliation, in many ways, is similar to Maslow’s social needs. Read more about McClelland’s motivation-hygiene theory.

Theory X is based on the following assumptions:

1. People are by nature indolent, that is, they like to work as little as possible.

2. People lack ambition, do not like responsibility and prefer to be led by others.

3. People are inherently self-centered and indifferent to organizational needs and goals.

4. People are generally gullible and not very sharp and bright.

And on the other hand, Theory Y assumes that:

1. People are not by nature passive or resistant to the goals of the organization.

2. They want to take responsibility.

3. They want their organization to be successful.

4. People are capable of directing their own behavior.

5. They have a need for achievement.

What McGregor tried to dramatize through his X – Y theory is to delineate the extremes to draw the fence within which organizational man must generally behave. The fact is that no organizational man would really belong to theory X or theory Y, in reality, he / she shares the traits of both, what actually happens is that man changes from one set or properties to another with changes in your mood and motives for changing the environment. Read more about McGregor’s participation theory.

Argyris has developed his theory of motivation based on the proposition of how management practices affect individual behavior and growth. In his opinion, the seven changes that take place in an individual personality make it mature, in other words, it is how the individual’s personality develops

One of the most widely accepted explanations of motivation is that offered by Victor Vroom in his Theory of Expectation “It is a theory of motivation based on the cognitive process. The theory is based on the basic notions that people will be motivated to exert a high level of effort when they believe that there are relationships between the effort they put in, the performance they achieve, and the results / rewards they receive.

Therefore, the key constructs in the expectation theory of motivation are:

According to Vroom, it means the value or strength that one puts into a particular result or reward.

It is the belief that performance is directly related to rewards.

Therefore, Vroom’s motivation can also be expressed in the form of an equation as follows: Motivation = Valencia x Expectation x Instrumentality. Being the model of a multiplicative nature, the three variables must have high positive values ​​to imply a choice of motivated performance, if any of the variables approaches the zero level, the possibility that the performance is so motivated also touches the zero level.

What is the main point in the Porter and Lawler model? It is that effort or motivation does not lead directly to performance, it is intact, mediated by skills and traits and by role perceptions. Ultimately, performance leads to satisfaction.

There are three main elements in this model:

(i) Value of the reward.

(ii) Perception of the effort-reward probability.