Skip to content
PsychoTreat > Psychology > What Are Stereotypes? – Functions, Causes, Effects and Examples 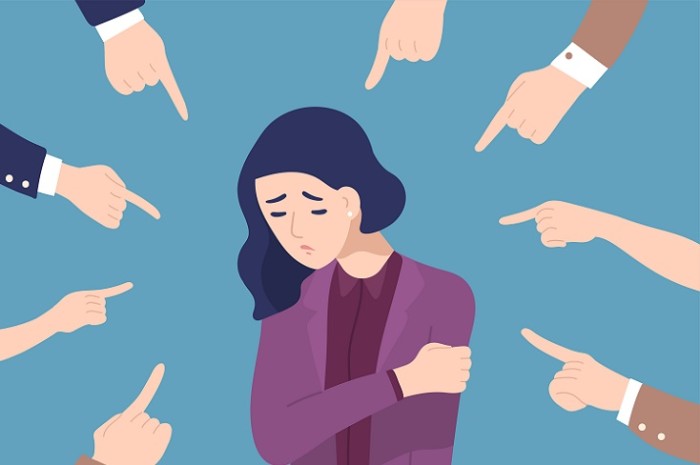 The stereotypes are characteristics imposed on groups of people because of their race, national origin and sexual orientation, these features tend to be oversimplifications of the groups involved, and although some people truly embody the traits of the stereotype, are not necessarily representative of all People within that group are often considered negative perceptions of groups, such as that they are dangerous or unintelligent, but stereotypes can also be positive perceptions, as certain races are more intelligent than others. Either way, they are not always accurate.

Early studies suggested that stereotypes were only used by rigid, repressed, and authoritarian people. This idea has been refuted by contemporary studies that suggest the ubiquity of stereotypes and it was suggested to consider them as collective group beliefs, which means that people who belong to the same social group share the same set of stereotypes.

Modern research claims that full understanding requires considering them from two complementary perspectives: how it is shared within a particular culture / subculture and how it is formed in the mind of an individual person.

Relationship between cognitive and social functions.

Craig McGarty, Russell Spears, and Vincent Y. Yzerbyt (2002) argued that the cognitive functions of stereotypes are best understood in relation to their social functions, and vice versa.

In the following situations, the general purpose of stereotypes is for people to express their collective identity (their group membership) in a positive light:

People change the stereotype of their workgroups and external groups to fit the context, once an external group treats a group member badly, they are more attracted to members of their own group, this can be seen as members than they can relate to each other through a stereotype due to identical situations.

Causes and development of stereotypes

The learning social and social perception , group norms and reference groups play a tremendous role in the development of stereotypes.

The stereotype is therefore purely acquired and is solely influenced by sociocultural conditioning, it is also based on stories, anecdotes and, sometimes, actual experience has tremendous additive value in the formation and development of stereotypes.

From a personal point of view, they can have an unconscious self-reference, one can imagine their own qualities in a group and hate it because it is in conflict for the same qualities in itself. They originate due to the feelings and emotions of the individual with less emphasis on the characteristics of stimulating circumstances.

Once a girl said to her mother “Mom, a woman wants to see you.” Mama replied, “Don’t say woman, tell her lady.” The girl replied: “But mom you always call them a woman”, this shows how stereotypes grow due to social learning and imitation.

In the great flourishing confusion of the outside world, we pick up what our culture has already defined for us and we tend to perceive what we have picked up in the form of stereotypes for us by our culture.

Stereotypes grow from experience, as already indicated, it is an unassimilated construct that assimilates different types of experiences in the same pattern on the basis of a minor similarity or a fallacious similarity, they are so persuasive and important that many researchers have tried to explore its psychological basis. Stereotypes are often based on cognitive processes according to recent opinions.

There are different effects that this can bring and they are the following:

It refers to the uncertainty that members of stereotyped groups experience when interpreting the causes of the behavior of others towards them. Stereotyped individuals who receive negative feedback may attribute it to personal deficiencies, such as lack of ability or effort, or the stereotypes and prejudices of the evaluator towards their social group. Alternatively, positive feedback can be attributed to personal merit or discounted as a form of sympathy or compassion.

Attributional ambiguity has been shown to affect a person’s self – esteem . When they receive positive reviews, stereotypical people are unsure whether they really deserved their success, and consequently find it difficult to take credit for their achievements. In the case of negative feedback, ambiguity has been shown to have a protective effect on self-esteem, as it allows people to blame external causes. However, some studies have found that this effect is only maintained when stereotyped individuals can be absolutely certain that their negative results are due to rater bias.

Attributional ambiguity can also make it difficult to assess one’s abilities because performance-related assessments are mistrustful or discounted. Also, it can lead to the belief that one’s efforts are not directly related to results, which depresses motivation to succeed.

Stereotype threat occurs when people are aware of a negative stereotype about their social group and experience anxiety or concern that they may confirm the stereotype.

Not only has the stereotypical threat been widely criticized on a theoretical basis, but several attempts to replicate its experimental evidence have also failed. The findings supporting the concept have been suggested by multiple methodological reviews as a product of publication bias.

Stereotypes lead people to expect certain actions from members of social groups. These expectations based on stereotypes can lead to self-fulfilling prophecies, in which inaccurate expectations about a person’s behavior, through social interaction, cause that person to act in a manner consistent with the stereotype, thus confirming the erroneous expectations and validating it. .

Because stereotypes simplify and justify social reality, they have potentially powerful effects on how people perceive and treat each other. As a result, they can lead to discrimination in labor markets and other domains.

For example, Tilcsik (2011) has found that employers seeking candidates with heterosexual male traits are more likely to engage in discrimination against gay men, suggesting that discrimination based on sexual orientation is partly in stereotypes. specific and that is the big loom in many labor markets.

Agerström and Rooth (2011) demonstrated that the automatic obesity stereotypes captured by the Implicit Association Test can predict true discrimination in hiring against the obese. Similarly, experiments suggest that gender stereotypes play an important role in judgments affecting hiring decisions.

They play an important role in how people perceive and form the impressions of others. Once an individual is classified as a member of a particular group, they may come to be judged in terms of group-based expectations.

In the absence of clear confirmation, the person can easily be seen as a “typical” member of that group, interchangeable with other members of the group. In contrast to such category-based impressions, perceivers can instead judge individuals based on personal attributes, some of which may be typical of their group, but many of which are not.

This individuation process, while avoiding the risks of inaccurate or exaggerated stereo typing, requires a much greater investment of time and energy. Knowing the personal attributes of an individual, rather than simply assuming that he or she possesses typical group attributes, requires fairly extensive contact and unbiased evaluations of the individual being encountered. Given these demands, stereotypes may be the default process that guides social perception when the need or desire for accurate impressions is not particularly pressing.

Stereotypes are overly circular enlargements of a group of people, while generalizations may be based more on personal experience, not on a widely accepted factor.

In the United States, certain racial groups have been linked to stereotypes, such as being good at math, athletics and dancing, these are so well known that the average American would not hesitate if asked to identify which racial group in this country has a reputation for excelling in basketball. In short, when a stereotype is made, the cultural mythology already present in a particular society is repeated.

On the other hand, a person can make a generalization about an ethnic group that has not been perpetuated in society. For example, someone who knows some people from a particular country and finds them quiet and reserved may say that all citizens of the country in question are quiet and reserved. A generalization like this does not allow for diversity within groups and can result in stigmatization and discrimination of groups if the stereotypes attached to them are largely negative.