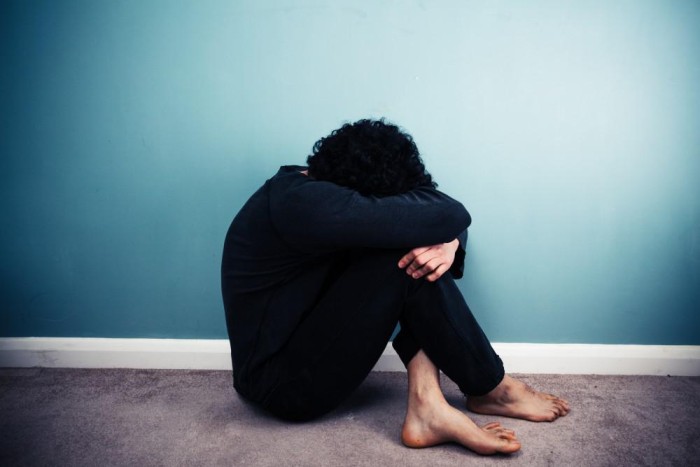 What is melancholic depression?

Melancholy is a profound presentation of severe depression, with this form of depression, there is a complete loss of pleasure in all or almost everything. Melancholic depression is a significant mental health condition characterized by persistent and intense feelings of sadness and hopelessness. The disorder can affect many areas of life, including work, school, and relationships, it can also affect mood and behavior, as well as various physical functions, such as appetite and sleep. People with this disorder often lose interest in activities they once enjoyed and have trouble getting through the day, occasionally they may also feel that life is not worth living.

The severity and type of symptoms vary greatly from person to person, some people experience traditional symptoms, while others develop additional syndromes, such as melancholy and catatonia. Most symptoms can be treated with treatment, which may consist of medicine and talk therapy.

Depression is not a one-size-fits-all condition; mental health professionals have long recognized that patients tend to display reasonably different clusters of clinical symptoms, and these clusters are increasingly viewed as subtypes of depression.

The boundaries between subtypes are often blurred, with some overlap in symptoms, and not all depression experts agree with the classification system, but clinical research suggests that breaking down depression into subtypes is helpful in guiding treatment and to measure long-term outcome for patients.

It is a type of major depression that tends to be diagnosed more often in older people, and it seems to affect men and women equally. According to the “Diagnostic and Statistical Manual of Mental Disorders,” there are eight symptoms that make up the diagnostic criteria for melancholic depression, four of which must be met to diagnose melancholic depression.

A person must report or exhibit a loss of interest or pleasure in almost all activities, for example, a person may have loved going camping, but no longer feels interest or enjoyment in camping since becoming depressed.

Lack of reactivity to pleasant events

A person with melancholic depression may find it difficult to react positively to a pleasant event or situation. Your mood may improve slightly in response to something positive, but you will likely return to your previously depressed mood.

A person may report or exhibit a depressed mood that is obviously different from their mood when they are not depressed, or when they are sad in response to a situation or event.

Early morning awakening is defined as waking up at least two hours before normal time. This early awakening is not the result of being awakened by an outside influence (eg alarm, noise, etc.).

People with melancholic depression can experience significant weight loss, perhaps to the point of anorexia .

Excessive guilt is characterized by feeling guilty that is an inappropriate response to a situation or event. For example, a person may accidentally dial a wrong number and feel guilty about doing so that it would be more intense or last longer than usual in a situation like that.

Not much is known about the causes of melancholy, however, it is believed to be mainly due to biological causes. Some may also have inherited this disorder from their parents, it is not caused by life events, although stressful circumstances can trigger an episode.

In psychoanalysis , Hanna Seagal describes melancholic depression as a defense mechanism devised by the body to combat the depressive state of mind, this defense is known as manic schizoid, Freud was the first person to use melancholic to describe depression. There are several symptoms with which we can identify this disorder in a person.

Melancholy has also been found to be quite common in individuals with bipolar I depression, it may be present in bipolar II depression with features of psychomotor agitation.

Studies have also found that melancholy is quite common in a hospital setting, it is believed that people with psychotic characteristics are more prone to this disorder. It is quite common in old age where it often presents with psychotic symptoms. It is often overlooked by doctors and its symptoms are considered part of dementia . However, it can also be present along with dementia in the elderly.

Melancholic depression does not respond well to psychotherapy and counseling, as it is quite a serious psychotic mental disorder, therefore, the treatment consists mainly of physical intervention through medications that involve antidepressant medications, and a period of follow-up. dragged on.

Electroconvulsive therapy or ‘shock treatment’ is also used as a treatment modality for melancholic disorder, under anesthesia, the patient receives a brief and very mild electrical shock that lasts for a fraction of a second and is delivered to the brain through electrodes. This type of treatment is said to be quite effective for psychotic depression , such as melancholic depression disorder.

Hospitalization is also sometimes necessary if the depression is severe and the depressed person is feeling suicidal. As is supposed to be the case for all other forms of treatment, medical professionals will explain and discuss the benefits, possible side effects, and alternative options for treating the melancholic form of depression.

Medication is almost always a necessity because it appears to have a biological root, in other words, since it is generally not triggered by external circumstances, the causes appear to be mainly due to genetic makeup and brain function, which requires a drug that works with biological causes such as brain function.

The types of antidepressants that can be used for melancholic depression include:

When someone shows signs of depression and melancholy, the diagnosis is “major depressive disorder with melancholic features.” To make this diagnosis, the doctor will usually ask some of the following questions: