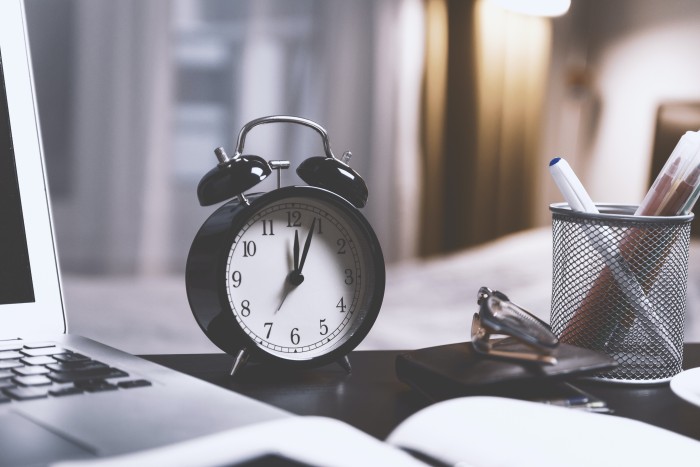 Fear of time or chronophobia is characterized by fear of the passage of time, usually because people fear that their time on Earth is limited or have trouble keeping up with it. Although the time is not completely concrete, some may consider it a type of “specific phobia”, similar to the way one would fear a cat or a snake.

Some populations experience chronophobia, fear of time, more than others. In fact, because it is so common in prison populations, it is sometimes referred to as “prison neurosis.”

The elderly, as well as people facing terminal illness who fear that their time on Earth may be limited, may also face this fear.

Time becomes their enemy, and they fear it because its passage will eventually lead to their death.

Fear of time also sometimes presents itself after severe trauma such as a natural disaster, particularly if the daily routine is seriously disrupted.

It is also relatively common among shipwreck survivors and others who are trapped in a high anxiety situation with no family means to keep track of time.

In fact, the feeling of a short-term future has previously been used as one of the diagnostic criteria for post- traumatic stress disorder (PTSD).

You may also be interested in reading: Fear of Cutting Your Hair: Causes, Symptoms, Treatments

Chronophobia is marked by a sense of derealization in which time seems to speed up or slow down. Some people develop circular thought patterns , racing thoughts, and symptoms of obsessive-compulsive disorder. Prisoners often mark the days until their release.

Many victims will also experience panic, anxiety, and claustrophobia, which are common symptoms of most phobias , as well as common reactions to trauma.

Panic attacks, sweating, shortness of breath, and even persistently disturbing thoughts are also frequently reported, but only in extreme cases.

In extreme cases, untreated chronophobia can lead to isolation, depression, and even increasingly disordered thinking. It is important to seek the advice of a qualified mental health professional as soon as possible.

Chronophobia responds well to standard phobia treatments such as cognitive behavioral therapy and hypnotherapy . However, as it is closely related to other disorders , it is best to diagnose and treat all concurrent conditions simultaneously.

In some cases, psychiatrists can prescribe medication, but psychotherapy remains the main treatment for phobias.

Since the fear of time is often caused by situations that cannot be fully controlled, such as illness, it is difficult to prevent. There are also more general techniques for managing anxiety and stress.