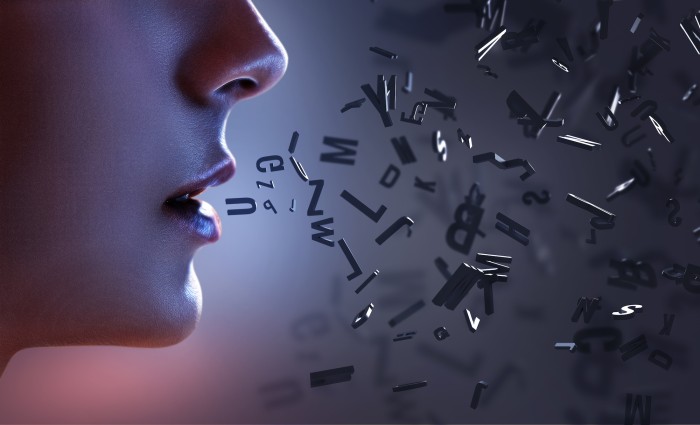 The injury to the language centers of the brain leads to a condition called aphasia, there are different levels of impairment and the term dysphasia refers to the partial loss of language, however in practice the terms are interchangeable and here we will simply use the term aphasia. A speech and language therapist will be able to assess individual patterns of aphasia, treatment may include a combination of therapy, advice, and strategies.

Language is much more than words, it involves our ability to recognize and use words and sentences, much of this ability resides in the left hemisphere of the brain. When a person has a stroke or other injury that affects the left side of the brain, it usually disrupts their ability to use language.

It is an inability to understand and formulate language due to damage to specific brain regions, this damage is usually caused by a cerebrovascular accident (cerebrovascular accident) or head trauma although these are not the only possible causes. To be diagnosed with aphasia, a person’s speech or language must be significantly affected in one (or more) of the four modes of communication after an acquired brain injury or have a significant decline over a short period of time (aphasia progressive).

Difficulties for people with aphasia can range from occasional trouble finding words to losing the ability to speak, read, or write; intelligence, but is not affected. Expressive language and receptive language can also be affected, it also affects visual language, such as sign language, on the contrary, the use of expressions formulated in everyday communication is preserved. A prevalent deficit in aphasias is anomia, which is a deficit in the ability to find words.

The term aphasia implies that one or more communication modalities in the brain have been damaged and are therefore malfunctioning. Aphasia does not refer to damage to the brain that results in motor or sensory deficits, resulting in abnormal speech; that is, aphasia is not related to speech mechanics but to the individual’s language cognition (although a person can have both problems).

The “language” of an individual is the set of socially shared rules, as well as the thought processes that go behind verbalized speech. It is not the result of a more peripheral sensory or motor difficulty, such as paralysis affecting the muscles of speech or a general hearing impairment.

Aphasia is not a mental illness, but rather a consequence of damage to the parts of the brain that control language. A person with this problem is neither confused nor amnesiac, since they are fully aware of their difficulties, they must be received with an open mind, and they need time to speak.

This form of aphasia called Paul Broca (1824-1880), a French surgeon and anthropologist best known for his discovery of the language center in the human brain, is recognized by a reduction in expression, often accompanied by hemiplegia and motor speech problems. : the individual speaks little, slowly and has trouble finding his / her words, he / she may have similar difficulties when trying to write, these writing difficulties are comparable to difficulties in spoken language and cannot simply be attributed to any weakness or paralysis of the dominant right hand. Understanding is relatively well preserved.

It is manifested by hesitant speech caused by difficulty finding words and especially by numerous paraphasias, which means that the individual mixes sounds into words. Being aware of this, he / she makes successive attempts to correct it with trial and error, sometimes the paraphasias are so abundant that they become a kind of jargon in the language of the person. Contrary to Wernicke’s aphasia, which resembles this, there are generally no major disturbances in understanding. Conduction aphasia may be the result of Wernicke’s aphasia that has developed positively.

It is the most serious form of aphasia, where the individual has almost no communication skills and significant problems in understanding.

Named after Carl Wernicke (1848 – 1905), a German neurologist, who was one of the first to describe the types of aphasia, in which it is characterized by significant difficulties in understanding what is said and what is written. The person with Wernicke’s aphasia speaks easily or even profusely, but can paraphase and speak in slang, he or she will experience the same difficulties when writing as when speaking. Some people, at least initially, are not always aware of their mistakes. Also called receptive, sensory, and posterior aphasia.

Language problems in people with progressive aphasia arrive insidiously, the first symptom is usually a gradual loss of vocabulary, the problems are generally lexical and phonological, while in Alzheimer’s disease , language difficulties are semantic.

The clinical portrait in terms of language is varied and can be grouped into two broad categories: fluid and non-fluid aphasia.

The progressive non – fluent aphasia is usually characterized by an increasing lack of vocabulary, phonemic and articulatory distortions and a agrammatism where language may disappear altogether. The elements of agraph are noted in the written language, which also gradually deteriorates. Comprehension difficulties generally appear in the early stages of evolution, these can be highlighted during comprehension tests, when the person tries to complete complex comprehensive tasks, and these are accentuated over time.

The progressive aphasia fluid is characterized by jergafónico language, major alterations in oral and written comprehension, as well as disorders of reading, difficulty reading aloud and repetition.

The symptoms described may be consistent with any of the following: anomia, Broca’s aphasia, mixed aphasia, Wernicke’s aphasia, and word deafness.

People with primary progressive aphasia generally have very good self-awareness, which generates a lot of frustration and anxiety , expressing great anxiety about the gradual deterioration of their language and the likelihood of further deterioration in their general cognitive abilities.

It involves both a reduction in expression and significant problems with understanding.

Signs and symptoms of aphasia

People with aphasia may experience any of the following behaviors due to acquired brain injury, although some of these symptoms may be due to related problems such as dysarthria or apraxia and not primarily aphasia.

Symptoms can vary depending on the location of the damage in the brain, may or may not be present in people with aphasia, and can vary in severity and level of communication disruption. Often some will try to hide their inability to name objects by using words like a thing and when asked to name a pencil they may say that it is something they used to write.

Taking into account the signs and symptoms indicated above, the following behaviors are observed as a result of an attempt to compensate for the speech and language deficits incurred:

It can occur due to:

Strokes are the most common cause. According to the National Aphasia Association, it occurs in 25 to 40 percent of people who have had a stroke.

Seizures or migraines can cause it temporarily, it can also occur due to a transient ischemic attack, which temporarily interrupts the flow of blood to your brain. The effects of a include:

Your doctor will recommend speech and language therapy to treat it, this therapy usually develops slowly and gradually. It should start as early as possible after a brain injury, and your specific treatment plan may involve:

How to prevent aphasia?

Many of the conditions that cause aphasia cannot be prevented, such as brain tumors or degenerative diseases. However, the most common cause is stroke.

Take the following steps to lower your risk of stroke: