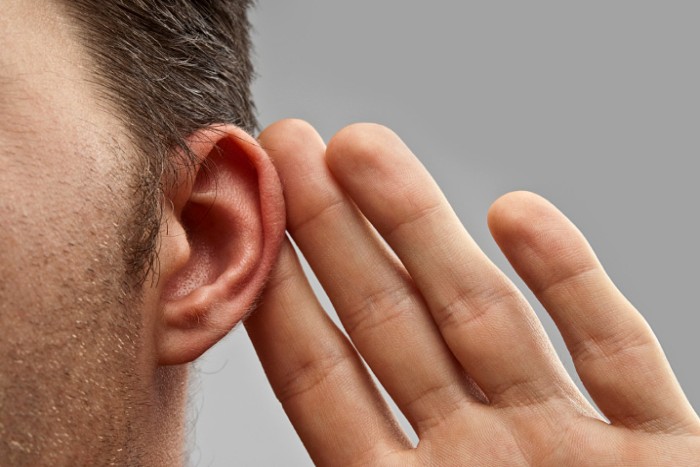 The perception auditory to the visual as it may seem a simple process is not, because it requires the use of several areas of the brain that specialize in this kind of perception and recognition of its subcomponents. For example: This is your house and suddenly the phone rings, when you answer it is your mother who calls and at that very moment you can recognize her voice, what she says and the state of mind in which she speaks to you.

What is auditory perception?

It refers to the brain’s ability to interpret and create a clear impression of sounds. Good listening skills enable people to distinguish between different tones, volumes, rhythms, and sources of sounds and words, which has, among others, significant benefits for learning to read.

Auditory perception begins before birth, during development, the human brain becomes a highly specialized system for the perceptual, memory and semantic functions necessary to understand and produce language and enjoy music. The milestones of this step-by-step development have their foundations in neural development and are closely related to auditory exposure and communicative actions in childhood.

The newborn’s brain can now recognize familiar voices and melodies from the fetal period. In addition, they learn new sounds quickly and pay close attention to the combination of visual and auditory information, they are interested in matching what they hear with what they see, then they learn the correspondences between certain phonemes and their sounds, and the way the lips , the tongue and larynx move to produce them.

Some skills develop during the fetal period, while others are more “hardwired.” During the first few years, auditory perception becomes so precise and efficient that it enables rapid speech understanding even in noisy conditions, enjoyment of music, and detailed retrieval of information from ambient sounds.

What are the components of auditory perception?

The following aspects are all important in accurate auditory perception, where in each of them certain activities can be done that can be carried out to help the child with a hearing impairment:

It allows to focus on a sound among a background of other sounds, children need this skill to be able to hear the voice of their teacher in a noisy classroom.

It is the ability to hear similarities and differences between sounds and spelling skills. For example, perceive the difference between “tomato” and “take yourself.”

Allow the child to complete or add sounds that were not heard, to understand what was heard. For example, when the teacher talks and a truck passes by, they may only hear the sound the truck makes and need a hearing aid to understand that the teacher meant “Go get your book.”

It allows to determine the direction from which a sound comes, therefore, the source of the sound, this ability allows the child to hear sounds in the correct sequence, that is, “state of mind” and not “fatality”.

It is the ability to memorize the information received from the ears.

Clap different sequences with your hands , asking the child to copy you, use longer sequences as children get older.

It depends on three things: the proper transduction of sound waves into electrical signals, the filtering of background noise, and the reconstruction of complex sound patterns into recognizable bytes.

Small changes in air pressure move the tympanic membrane and its attached hammer, which displaces the stapes and incus. The movement of the incus against the oval window of the cochlea affects the fluid within the scala vestibuli and indirectly the scala tympani and the scala media, these changes affect the basilar membrane of the cochlea.

The basilar membrane is a small connective tissue structure, which varies in width and thickness along its length of 33 mm, due to this, various areas will be affected differently, depending on the frequency, amplitude and intensity of the fluid wave.

Depending on how the basilar membrane moves, the hair cells will be driven to excitatory, inhibitory, or neutral positions. Therefore, the mechanical stimulus of the wave is transduced into an electrical signal, this signal is sent through the nerve of the cochlea towards the nucleus and towards the central auditory pathways towards the cortex.

Along this path, the signals are processed and analyzed. The process by which these electrical signals are translated into the symbolic context of language or vice versa involves many areas of the cerebral cortex, and it is unclear and goes further, however it is important to recognize that language processing involves many different areas. of the cortex, including areas related to the integration of visual or somatosensory information. Consequently, language processing abnormalities, such as dyslexia , can be the result of disturbances in the integration of visual information or distorted information.

Auditory perception depends on our alertness

Sound, which is transformed in the ear into a neural signal, is processed in the brain at several different levels:

Many recent studies have investigated auditory processing skills in “well compensated” dyslexic adults who may no longer have reading problems.

There are reasons for caution in interpreting some of these studies. First , such participants are likely to differ from those in the childhood samples who are recruited at the time they have reading problems. Second , the inability to find a difference between dyslexic adults and controls on an auditory processing task does not rule out the possibility that an earlier developmental deficit has compromised the development of phonological representations.