Skip to content
PsychoTreat > Disorders > What is Masochism? – Symptoms, Treatments and Causes 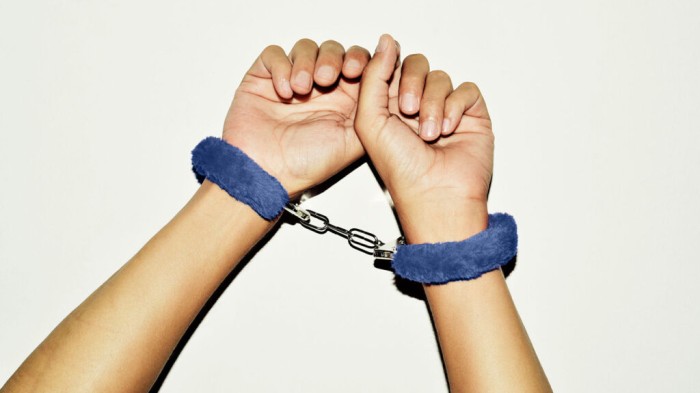 It is in the category of disorders paramilitary psychiatric sexual disorders, referring to fantasies, impulses or recurrent, intense sexual arousal and behaviors that are distressing or disabling and have the potential to cause harm to oneself or others. If people with this sexual preference also report psychological or social problems as a result, they may be diagnosed with a sexual masochism disorder.

The type of distress that people with this disorder may experience includes severe anxiety , guilt, shame, and obsessive thoughts about engaging in masochism, if a person has a masochistic sexual interest but does not experience distress and can achieve other personal goals, then it is not known. diagnose you with a disorder.

A specific type of sexual masochism is called asphyxia, in which a person receives sexual satisfaction by restricting their breathing. While some people engage in this practice with their partners, others prefer to restrict their breathing while alone, and accidental death can occur as a result. Sexually masochistic behavior is usually evident in early adulthood, and sometimes begins with sadistic or masochistic play during childhood.

Due to the prevalence of mild behaviors included in the span of sexual masochism, this type of behavior can and does occur outside of mental disorder, especially when it comes to involving mutually agreeable partners in a relationship, sexual masochism may not lead to debilitating side effects that interfere with daily life. However, when the patient becomes a victim or even begins to prefer physically dangerous masochistic acts or is subjected to extreme psychological humiliation, a mental disorder can develop.

The following are the main symptoms that could indicate sexual masochism as a mental disorder:

There is no concrete evidence or universally accepted theory about the exact cause. As with all mental disorders, brain chemical imbalance and psychological education can play a role. Some other theories to consider are as follows:

Play: Sometimes sexual masochism includes role playing and fantasy during sex, many people may wish to engage in alternative behaviors or realities that provide them with something that they feel they do not possess under normal circumstances.

Domination: If a patient has a conflict between domination and submission and cannot achieve a healthy balance between the two, he can often be held in and learn to prefer pain and insult.

Suppression of sexual fantasy: If inappropriate sexual fantasies are originally suppressed, whether by friends, family, or society, an individual may continue to secretly fantasize. The recurring fantasy becomes increasingly disturbed by confusion and excitement, and when it finally takes place, it is accompanied by this mixture of pain and pleasure.

Some theories come from the psychoanalytic field, suggesting that childhood trauma (eg sexual abuse) or significant childhood experiences may manifest in paraphilic disorder.

To be diagnosed with sexual masochism, not only must the symptoms mentioned above be present, but it must also be present for at least 6 months and interfere with a person’s social, work, or family lifestyle. The stress significant because of physical or emotional pain endured in sex may indicate this condition as a mental disorder, sexual masochism must be distinguished from self – harm that is done for reasons that are not sexual, and if present the desire or the act of domination and being the person who performs the painful acts, as with sexual sadism, since masochism may not be. People with this disorder may also be subject to additional diagnoses.

Masochistic behaviors can be self-inflicted, but must be differentiated between injuries, not for the purposes of sexual arousal. The masochist inflicts pain on himself for reasons of excitement, serious injury or death occurs, and they are of particular concern when an individual with a paraphilic disorder also has psychopathy.

When a person with sexual masochism enters treatment, behavioral therapy is used to help the individual learn ways of being sexual that do not involve harm or humiliation.

The cognitive therapy can also be used to change the thoughts of the client about sexual activity and gratification for a different approach, the idea behind this approach to treatment is to change the thoughts that leads to behavioral changes, including restructuring cognitive distortions and empathy training, where the first involves correcting any beliefs a patient has that may lead them to act on harmful thoughts and empathy training involves helping the offender to assume the perspective of the victim to identify with her and understand the damage that has been done.

The cognitive behavioral therapy can also help the person learn skills to manage their sexual needs in a healthier way.

Common psychotherapy strategies include aversion therapy and different types of imaging / desensitization techniques in which individuals imagine themselves in a situation where they engage in sexual masochism and then experience a negative event to reduce future desire to engage in that activity again.

Experts do not clearly understand the origin of sexual masochism, it can come from a child who is told that his fantasies or sexual activity is inappropriate, and the young person learns to associate the sexual act with shame, humiliation and finally pain.

A person who is motivated to seek treatment for masochism can learn to derive sexual pleasure from experiences that do not involve being subjected to pain or humiliation. Finding a therapist who has experience treating clients with such problems or who goes to a treatment center is key to helping the individual discover new ways to experience sexual gratification.

Differences between sadism, masochism and sadomasochism

These are three words that are often confused, we will examine the difference between the definitions and where these words come from.

Sadism is the practice of obtaining pleasure by inflicting pain and suffering on another, it can be sexual in nature or not, a person who practices sadism is a sadist. The word sadism is derived from Count Donatien de Sade, an 18th century French nobleman who wrote novels depicting sexual violence and cruelty.

Masochism is the practice of obtaining pleasure by inflicting pain and suffering on oneself, it can be sexual in nature or not, a person who practices masochism is a masochist. The word is derived from the name Leopoldo von Scher-Masoch, author of a novel depicting sexual submission.

Sadomasochism is the practice of obtaining pleasure from inflicting pain and having self-inflicted pain, it is almost always sexual in nature and the person who practices it is a sadomasochist. The word first appeared in 1916 as an acronym for the words sadism and masochism, the acronym is a word constructed by mixing the sounds and meanings of two different words.