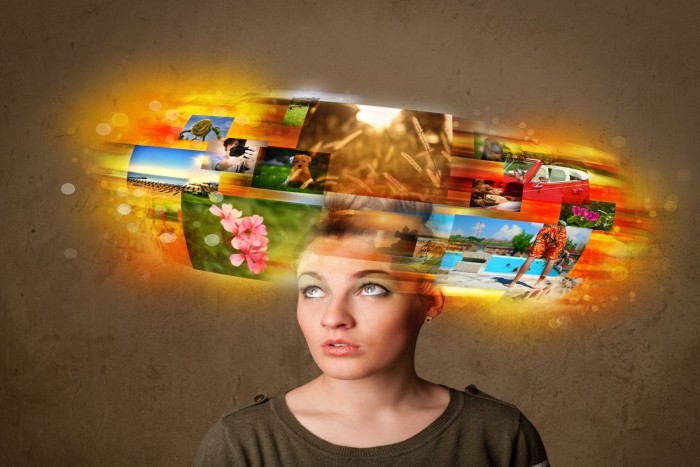 The semantic memory is how we can understand the meanings of different things, such as words and learn facts about the world, it is the second part of the memory declaratively with episodic memory, essentially thanks to semantic memory, we can remember where we live without remembering how or when we did it.

What is semantic memory?

It refers to a part of long-term memory that processes ideas and concepts that are not drawn from personal experience. Semantic memory includes things that are common knowledge, such as the names of colors, the sounds of letters, the capital letters of countries, and other facts that are acquired during life.

Imagine that you are sitting in your college psychology class and the professor asks the class to define ‘psychology’. You raise your hand and tell him that psychology is the scientific study of the human mind and behavior, your teacher tells you that you are correct, how did you know the answer? Maybe you would read it in a book or study it online, the information is preserved, waiting for the moment when it could be useful. The definition of “psychology” is an example of the type of information stored in semantic memory.

One of the things all of these examples have in common is that you don’t have to experience them to learn and remember them, semantic memory doesn’t depend on personal experience or even a specific event. For example, we know that London is a city in the UK even though many of us have never been there.

This does not mean that everyone’s semantic memory is the same; in fact, our individual communities and our environment have a great impact on our semantic memory, it could be said that it depends on the culture of the owner. For example, a soccer game in the United States refers to a specific sport, however, in other countries, such as Australia and Ireland, a soccer game may refer to several different sports that involve kicking a ball. The culture in which we are surrounded by growing up will affect the connections we make in semantic memory.

However, recent research suggests that semantic memory encoding has little to do with the hippocampus, this was demonstrated by experiments with amnesiacs who had damage to their hippocampus that is part of the hippocampus formation. This formation also includes the perirrinal and entorhinal cortices which are known as the parahippocampal cortices.

The experiment showed that patients who had damage to the hippocampus but whose parahippocampal cortices were not affected had the ability to form semantic memories despite a complete inability to do so with episodic memories.

A 2006 study claims that semantic memories are formed in the anterior temporal lobe after experiments were performed on 12 subjects who had no memory problems in Manchester, England.

An example of a disease caused by a specific impairment of a semantic category is Alzheimer’s . This disease causes sufferers to make mistakes when it comes to naming and describing things.

Another disease associated with this form of deterioration is semantic dementia , those who suffer from this completely lose all the previous knowledge they had of people and objects despite being able to speak fluently, semantic dementia comes from the loss of tissue cerebral in the temporal lobe.

Specific shortcomings of the semantic category

They can cause generalized and partial damage or localized damage, they can be divided into four categories: Perceptual and functional characteristics, topographic organization, informativeness and intercorrelations are areas of decreased functioning in semantic memory disorders.

The Alzheimer ‘s disease is a disorder of semantic memory errors to describing and naming objects, but not necessarily specifically by category.

Semantic dementia is another disorder associated with semantic memory, as it is a language disorder characterized by impaired understanding and recognition of words, deficiencies include difficulty generating familiar words, difficulty naming objects, and difficulties with speech. visual recognition.

Specific impediments of the modality

There are two main forms of semantic memory disorders, these are modality-specific and semantic-specific impairments. A modality can also be defined as part of a stimulus, such as taste and temperature.

Modality impairments can be divided into categories such as visual versus verbal depending on the type of information. For example, if we suffer damage to visual semantics, our knowledge of living creatures would deteriorate, damage to functional semantics means we would have problems with memories of inanimate objects.

A key characteristic of semantic refractory access disorders is temporal distortion, decreases in response time to certain stimuli are observed when compared to natural response times, consistency of response is the next factor.

In access disorders, inconsistencies are observed when understanding and responding to stimuli that have been presented many times, temporal factors affect the consistency of the response.

Comparison of ‘close’ and ‘distant’ groups tests the semantic relationship, ‘close’ groupings have related words because they come from the same category, for example a list of clothing types would be a ‘close’ grouping.

The “distant” groupings contain words with wide categorical differences, unrelated words would fall into this group. The comparison of close and distant groups shows that in access disorders the semantic relationship had a negative effect, this is not observed in semantic storage disorders. Category- and modality-specific impairments are important components in semantic memory storage and access disorders.