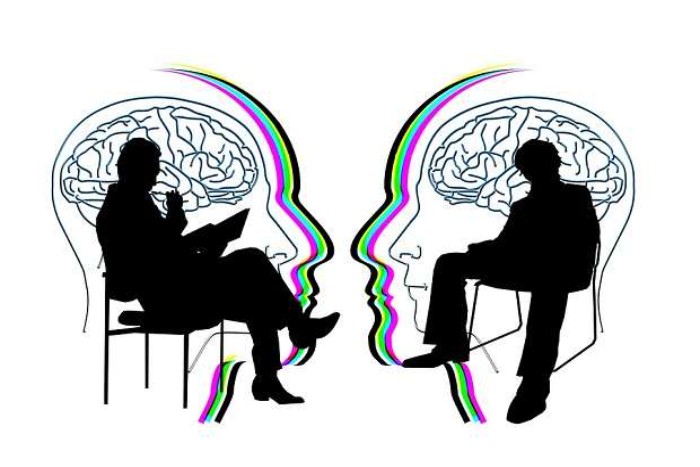 In other words, it can be said that it is the psychological specialty that provides continuous and comprehensive mental and behavioral health care for individuals and families, consultation with agencies and communities, training, education and supervision; and research-based practice. It is a broad specialty, broadly encompassing severe psychopathology, and is marked by the comprehensiveness, integration of knowledge and skill from a wide range of disciplines within and outside of psychology proper. The scope of clinical psychology encompasses all ages, multiple diversities, and varied systems.

Early influences include the work of Austrian psychoanalyst Sigmund Freud, who was one of the first to focus on the idea that mental illness was something that could be treated by talking to the patient, and it was the development of his talk therapy approach that it is often cited as the oldest scientific use of clinical psychology.

The American psychologist Lightner Witmer opened the first psychological clinic in 1896 with a specific focus on helping children with learning disabilities , it was also Witmer who introduced the term “clinical psychology” in a 1907 article.

Witmer, a former student of Wilhelm Wundt, defined it as “the study of individuals, by observation or experimentation, with the intention of promoting change.” Today, clinical psychology is one of the most popular subfields and the largest area of ​​employment within psychology.

By 1914, another 26 clinics dedicated to the practice of clinical psychology had been established in the United States.

There are hundreds of various assessment tools, although only a few have been shown to have high validity (that is, the test actually measures what it claims to measure) and reliability (that is, consistency). These measures generally fall into several categories, including the following:

They are intended to describe patterns of behavior, thoughts, and feelings. They generally fall into two categories: objective and projective, objective measures are based on restricted responses, such as yes / no, true / false or a rating scale, which allow the calculation of scores that can be compared with a normative group. Projective tests, such as the Rorschach ink transfer test, allow open responses, often based on ambiguous stimuli, which presumably reveal non-conscious psychological dynamics.

They consist of tasks specifically designed to measure psychological functions that are known to be related to a particular brain structure or pathway. They are typically used to assess impairment after injury or illness known to affect neurocognitive functioning, or when used in research, to contrast neuropsychological abilities in all experimental groups.

Clinical psychologists are also trained to collect data by observing behavior, the clinical interview is a vital part of the assessment, even when using other formal tools, which may employ a structured or unstructured format. Such an assessment examines certain areas, such as general appearance and behavior, mood and affect, perception, comprehension, orientation, memory, and communication content.

A psychiatric example of a formal interview is the mental status examination, which is often used in psychiatry as a screening tool for treatment or further testing.

What are the major schools of clinical psychology?

Many clinical psychologists are integrative or eclectic and draw from the evidence base through different models of therapy in an integrative way, rather than using a single specific model.

In the UK, clinical psychologists have to demonstrate proficiency in at least two models of therapy, including cognitive behavioral therapy, to earn their PhD. The British Psychological Society’s Division of Clinical Psychology has openly expressed the need to follow the evidence base rather than being married to a single model of therapy.

In the US, research and intervention applications are dominated in training and practice by essentially four major schools of practice: psychodynamic, humanistic, behavioral / cognitive behavioral, and systems or family therapy .

The psychodynamic perspective was developed from the psychoanalysis of Sigmund Freud, the central object is to make the unconscious conscious: to make the client aware of their own primary impulses (those related to sex and aggression) and the various defenses that are used to keep them under control. The essential tools of the psychoanalytic process are the use of free association and an examination of the client’s transference to the therapist, defined as the tendency to take unconscious thoughts or emotions about a significant person (eg, a parent) and “transfer” them. to another person.

The main variations of Freudian psychoanalysis currently practiced include autopsychology, ego psychology, and object relations theory, these general orientations now fall under the general term psychodynamic psychology, with common themes including the examination of transference and the defenses, an appreciation of the power of the unconscious, and a focus on how early childhood developments have shaped the client’s current psychological state.

Humanistic psychology developed in the 1950s in reaction to both behaviorism and psychoanalysis, largely due to the person-centered therapy of Carl Rogers (often referred to as Rogerian therapy) and the existential psychology developed by Viktor Frankl and Rollo. May. Rogers believed that a client only needed three things from a clinician to experience therapeutic improvement: consistency, unconditional positive regard, and empathic understanding. By using phenomenology, intersubjectivity, and first-person categories, the humanistic approach seeks to gain insight into the whole person and not just the fragmented parts of the personality .

This aspect of holism is linked to another common goal of humanistic practice in clinical psychology, which is to seek an integration of the whole person, also called self-realization. The mission of the humanistic psychologist is to help the individual use these resources through the therapeutic relationship.

The cognitive behavioral therapy developed from the combination of cognitive therapy and rational emotive therapy behavior, both arising from cognitive psychology and behaviorism. It is based on the theory that the way we think (cognition), how we feel (emotion), and how we act (behavior) are related and interacting together in complex ways.

In this perspective, certain dysfunctional ways of interpreting and evaluating the world (through schemes or beliefs) can contribute to emotional distress or cause behavior problems. The goal of many cognitive-behavioral therapies is to discover and identify partial and dysfunctional ways of relating or reacting and, through different methodologies, to help clients transcend them in ways that lead to greater well-being. There are many techniques used, such as systematic desensitization, Socratic questioning, and maintaining a cognitive observation record, modified approaches have also been developed that fall within the category including dialectical behavior therapy and mindfulness-based cognitive therapy.

Systems or family therapy work with couples and families, emphasizing family relationships as an important factor in psychological health. The central focus tends to be interpersonal dynamics, especially in terms of how change in one person will affect the whole system, therefore therapy is carried out with as many significant members of the ‘system’ as possible. Goals may include improving communication, establishing healthy roles, creating alternative narratives, and addressing problem behaviors.

What are the main responsibilities of a clinical psychologist?

Clinical psychology is considered a general health practice and a specialty in healthcare provider psychology, clinical psychologists provide professional therapeutic services for the diagnosis, evaluation, treatment, and prevention of psychological, emotional, psychophysiological, and mental disorders. behavior in people of all ages and levels of distress. The practice involves understanding, anticipating, and ameliorating intellectual, emotional, physical, and psychological distress, social and behavioral maladjustment, and mental illness, as well as other forms of stress .

Clinical psychologists can offer a variety of professional services, including:

Comparison with other mental health professions

Although it can be said that clinical psychologists and psychiatrists share the same fundamental goal, the relief of mental anguish, their training, their perspective and their methodologies are often quite different. Perhaps the most significant difference is that psychiatrists are licensed physicians and as such use the medical model to assess psychological problems (that is, those they treat see themselves as patients with a disease) and rely on psychotropic medications as the primary method for treat disease.

Many of them also receive specialized training in career evaluation, group therapy, and relationship counseling.