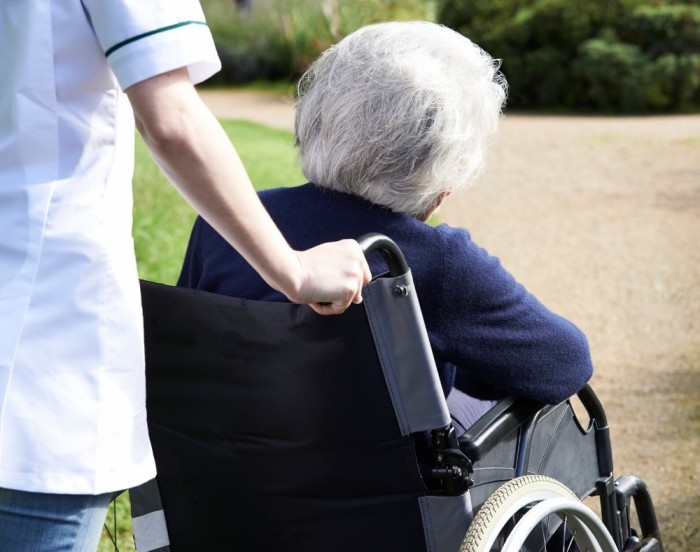 The Binswanger disease, also known as subcortical leukoencephalopathy, is a form of dementia vascular minor vessel damage caused by the white brain matter. White matter atrophy can be caused by many circumstances, including chronic hypertension and old age; this disease is characterized by loss of memory and intellectual function and by changes in mood; these changes include what is known as functions executive brain. It usually occurs between 54 and 66, and the first symptoms are typically mental decline or stroke.

As the arteries become narrower and narrower, the blood supplied by those arteries diminishes, and the brain tissue dies; a characteristic pattern of brain tissue damaged by Binswanger’s disease can be seen with modern brain imaging techniques, such as CT scans or MRI scans.

Who was Dr. Binswanger?

Dr. Otto Binswanger was born on October 14, 1852, in Switzerland and died on July 15, 1929, became a doctor and ran a mental asylum for many years. In 1894, he noticed “chronic subcortical encephalitis,” which would later be called Binswanger’s disease.

The symptoms are due to the alteration of the subcortical neuronal areas, among which the most frequent are psychomotor slowness, and those related to cognitive functioning include:

It is caused mainly by atherosclerosis, thromboembolism, and disorders in the blood vessels that supply the deep tissues of the brain. Other risk factors include high cholesterol levels, heart disorders, diabetes, high blood pressure, and smoking history. Certain rare inherited diseases, such as autosomal dominant cerebral arteriopathy with subcortical infarcts and leukoencephalopathy, can also lead to Binswanger’s disease, which is not specified as such; it is a clinical syndrome of vascular dementia with multiple causes.

The symptoms of the following disorders can be similar to those of this disease; comparisons can be helpful for a differential diagnosis.

It is a common progressive disorder of the brain that affects memory, intellect, and language function. Alzheimer’s patients are at increased risk of falling, but most exhibit little or no gross locomotor disturbance until very late in the disease.

Patients with this condition have Parkinson’s disease and dementia that begin more or less simultaneously. Patients have difficulty with attention, concentration, and multitasking (executive function); they are also prone to depression, visual hallucinations, sleep disturbances, and daily fluctuations in cognitive function. Memory is often less affected than Alzheimer’s disease.

Parkinsonism in Binswanger disease is gradually progressive and consists of sluggishness (bradykinesia), muscle stiffness, stooped posture, and slow movements that often respond poorly to levodopa. The tremor is usually mild or absent, and REM sleep behavior (vocalizations and movements during dreams) is expected and can be violent.

The disease of choice and other forms of frontotemporal degeneration usually begins before the age of 65; the initial presentation is a personality change (impaired judgment, impulsive behavior, and blunted emotions ), leading to psychiatric consultation. Loss of communication skills is another joint presentation; motor disturbances can occur early or late in the disease. Gradually progressive dementia occurs in all patients.

Binswanger’s disease can be difficult to distinguish from so-called normal pressure hydrocephalus, as both conditions produce the clinical triad of gait disturbance, dementia, and urinary incontinence. However, it progresses gradually, not in vascular disease’s stuttering or staggered form.

The brain’s ventricular system is commonly enlarged in Binswanger disease and neurodegenerative dementias, making it difficult to distinguish these conditions.

Many other neurological disorders can cause dementia and memory disorders.

It does not have a specific treatment; the current modality is the symptomatic management of the condition. The most accepted for Binswanger’s disease includes the management of vascular risk factors that promote poor perfusion in the brain. This includes underlying managing problems, such as diabetes and hypertension, to limit the progression of atherosclerosis, which will slow the passage of the disease. Oral medications may be prescribed based on the symptoms demonstrated by the patient.

Patients with anxiety and depression may need antidepressant medications such as SSRIs (selective serotonin reuptake inhibitors) such as sertraline or citalopram. In patients with agitation and disruptive behavior problems, antipsychotic drugs such as risperidone and olanzapine may be prescribed.

Several drug trials have been conducted, which have shown that the drug Memantine provides significant improvement in cognition and provides stabilization of overall functioning and behavior; Alzheimer’s disease drugs such as Aricept (donepezil) have been noted to help in treatment. Behavioral counseling and psychiatric consultations may be recommended in case of psychological problems.

Treatment of hypertension involves the prescription of antihypertensive medications, antiplatelet medications, or warfarin to control thromboembolisms, and statin therapy may be recommended.

The only preventive methods that can be taken to prevent the development of Binswanger syndrome are following a healthy lifestyle and seeking early treatment to control conditions such as hypertension and diabetes to avoid the development of atherosclerosis. Behaviors such as following a nutritious diet, maintaining a regular sleep/wake schedule, exercising regularly, limiting alcohol consumption, and smoking help slow the progression of Binswanger’s disease.