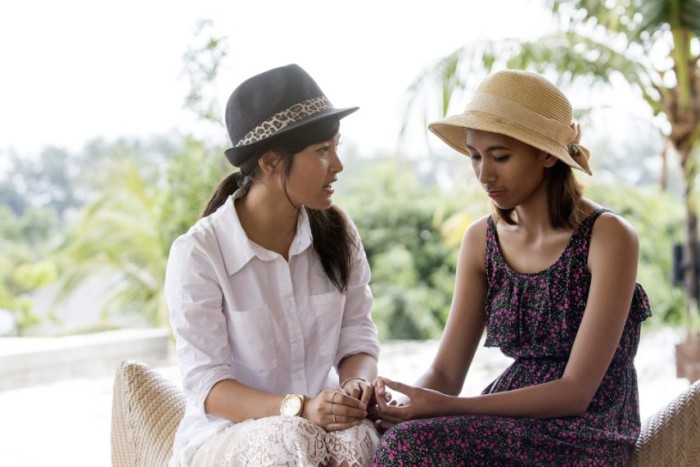 Those who have a schizoid disorder of personality tend to have no idea that something is wrong with them but that does not mean that your condition does not interfere with your life. In fact, the main component is that the individual who suffers from it has very little emotion and a lot of difficulty in interacting with others in a professional and social way, this can cause difficulties that they may not even realize because they have no interest in that type of relationships.

Personality disorders are often given a stigma to those who suffer as if they are crazy or unpredictable, this is a neglected stigma and one that the world is working to change and one of the disorders that many people do not realize, is known as schizoid personality disorder, what is this? What are the symptoms? These are all the questions we are going to answer!

What is schizoid personality disorder?

A personality disorder has the characteristics of an enduring pattern of internal experience and behavior that differs markedly from the expectations of the individual’s culture, inflexibility and omnipresence, an onset in adolescence, or stability in early adulthood, and causes significant impairment in functioning or internal anguish. They are not isolated, atypical episodes of maladaptive behavior.

Schizoid personality disorder is a pattern of indifference towards social relationships, with a limited range of emotional expression and experience, manifested in early adulthood through social and emotional detachments that prevent people from having close relationships. People with it are able to function in everyday life, but will not develop meaningful relationships with others, they are generally loners and can be prone to excessive daydreaming, as well as forming attachments to animals.

While this may seem like no big deal, since the person with the disorder doesn’t see any problems, the lack of social interaction and relationships can actually cause problems in their life, which can interfere with their ability to have any kind of problems. healthy relationship or it can make work difficult for them. They tend to be loners, after all, preferring to work and do all other things by themselves or with animals rather than other people.

They may do well in lonely jobs that others would find intolerable. There is evidence that the disorder may be the beginning of schizophrenia , or just a very mild form of it.

People with this disorder have a restricted range of expression of their emotions and it is first experienced in early adulthood and can be exhibited in a variety of contexts.

People who suffer from it tend to be happier in relationships where their partners impose less intimate or emotional demands on them, they feel lost around the people with whom they tend to socialize because they need a sense of stability and security that they lack in social situations. Also, they tend to be passive in threatening situations.

Those afflicted may establish relationships with others generally based on intellectual, family, physical, or recreational activities. The only requirement is that these relationships do not need or force emotional intimacy, which those affected will reject.

People with schizoid personality disorder stay in touch with reality. Also, men are more likely to have this disorder than women.

Schizoid personality disorder is more prevalent in men than in women, its prevalence in the general population is between 3.1 and 4.9 percent. Like most personality disorders, this one will generally decrease in intensity with age, and many people will experience some of the most extreme symptoms by the time they are in their 40s and 50s.

Some evidence suggests that Group A personality disorders have shared genetic and environmental risk factors and there is a higher prevalence of schizoid personality disorder in relatives of people with schizophrenia and schizotypal disorder. Twin studies with these traits of the disorder (eg, low sociability and low warmth) suggest that these are inherited. In addition to this indirect evidence, estimates of direct heritability range from 50-59%.

In general, prenatal caloric malnutrition, premature birth and low birth weight are risk factors for being affected by mental disorders and can also contribute to the development of schizoid personality disorder. Those who have experienced a traumatic brain injury may also be at risk of developing characteristics that reflect this type of disorder.

Other researchers hypothesized that being overly perfectionist, loveless or neglectful parenting could play a role.

How is schizoid personality disorder diagnosed?

Your doctor will start with a complete physical exam, this looks for any physical conditions that may be causing your symptoms, they may also refer you to a mental health professional.

A mental health professional will complete a psychiatric evaluation, this may involve completing questionnaires about your symptoms and thoughts, will have an interview, and will ask you questions about your childhood, relationships, and work history. Your answers will help the professional make a diagnosis and can create a treatment plan for you if you are interested in pursuing treatment.

What are the treatments for schizoid personality disorder?

Little research has been done on treatment, this is partly because people with this diagnosis generally do not experience loneliness or compete with or envy people who enjoy a close relationship.

People with this type of disorder seldom seek any treatment, since very little is known about which treatments are really effective. Talk therapy may not be effective, because people with schizoid personality disorder have difficulty relating well with others, so treatment may be difficult due to reduced initial ability or a desire to form a relationship with a professional Of the health.

A non-intrusive support group can alleviate feelings of loneliness and fears of social interactions and close relationships. Individual therapy , in most cases, has proven to be relatively ineffective and often temporarily addresses immediate conditions rather than trying to eliminate the disorder entirely.

Medications are generally not recommended, however they are sometimes used for the short-term treatment of extreme anxiety states associated with the disorder. The presence of anxiety, usually caused by fear of other people, may mean that the diagnosis of related schizotypal disorder is more appropriate.

One-on-one therapy that successfully achieves a long-term level of trust can be helpful in certain cases by giving patients an outlet to transform their false perceptions of friends into authentic relationships. As a therapist-client relationship develops, a patient may begin to reveal imaginary friendships and terrors of dependency. The psychotherapy individually can gradually affect the formation of a true relationship between patient and therapist.

The psychotherapy long term should not be carried out due to the poor results of treatment and the costs inherent to prolonged therapy. Instead, therapy should focus on simple treatment goals to alleviate current pressing or stressful concerns within the person’s life. Cognitive restructuring may be adequate to address certain types of clear and irrational thoughts that negatively influence the patient’s behaviors.

This treatment plan must be clearly defined at the beginning of treatment, stability and support are the keys to good treatment with someone who suffers from schizoid personality disorder. Care must be taken not to “suffocate” the person and to be able to tolerate the possible behaviors.

The group therapy is another effective potential form of therapy but is generally not a good initial treatment, although patients may initially removed from the therapy group, often become more participatory as gradually set comfort level, patients have the opportunity to overcome fears of intimacy through social contact in a supportive environment.